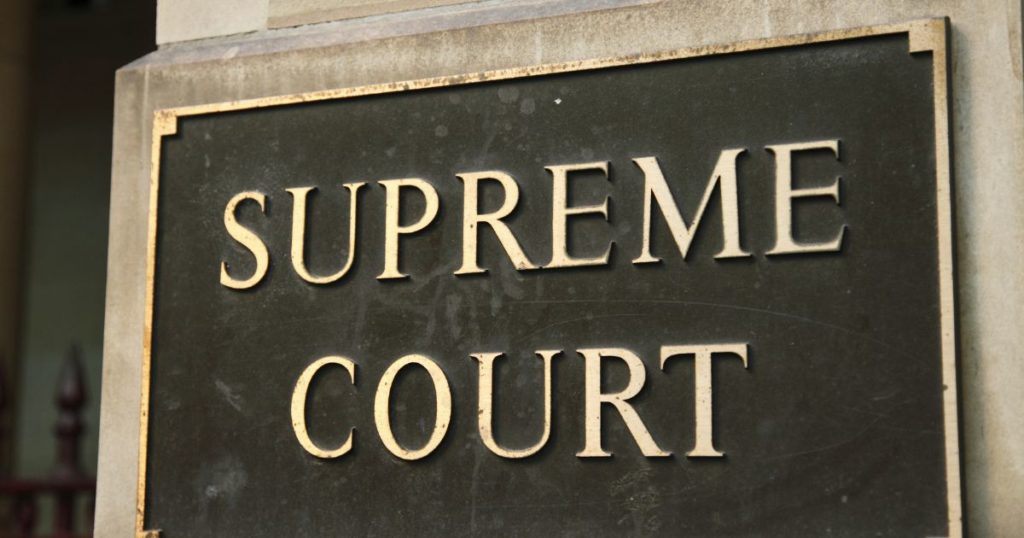 The court ruled 6-3 that there is no Constitutional right to an abortion and that it is therefore up to each state to decide how to handle the issue.

“The Constitution does not confer a right to abortion; Roe and Casey are overruled; and the authority to regulate abortion is returned to the people and their elected representatives,” a syllabus of the ruling reads.

“Like the infamous decision in Plessy v. Ferguson, Roe was also egregiously wrong and on a collision course with the Constitution from the day it was decided,” the court said. “Casey perpetuated its errors, calling both sides of the national controversy to resolve their debate, but in doing so, Casey necessarily declared a winning side. Those on the losing side—those who sought to advance the State’s interest in fetal life—could no longer seek to persuade their elected representatives to adopt policies consistent with their views. The Court short-circuited the democratic process by closing it to the large number of Americans who disagreed with Roe.”

Several states have already lined up legislation to restrict abortion in anticipation of this ruling.

The case in question began with a legal challenge to a Mississippi law banning abortions after 15 weeks. Mississippi Attorney General Lynn Fitch last year requested that the Supreme Court use that case to overturn Roe v. Wade.

The ruling comes after the court last year allowed a Texas law to stand that banned abortions after six weeks, when a baby’s heartbeat is detectable.

A leak from the Supreme Court earlier this year that indicated Roe v. Wade could be overturned sparked controversy and led to protests outside multiple Justices’ homes and a failed assassination attempt against Justice Brett Kavanaugh.

Fencing and barricades were erected around the court, and law enforcement presence increased after the leak. Demonstrators on both sides gathered outside the court all week along with law enforcement in anticipation of the ruling.

“Laws across the country can now affirm that life is a human right and ensure women have greater access to the support and resources they need and deserve,” said Alliance Defending Freedom General Counsel Kristen Waggoner.

Now, the energy on abortion will likely ramp up at the state level, where each state government can now decide how to handle the controversial issue.

“We now turn to the states to ensure that unborn children and their mothers are protected from the gruesome reality of abortion, and that they receive the care and resources they need to flourish,” Waggoner said. “Mississippi asked the court to overturn Roe because that case was egregiously wrong and had no basis in constitutional text, structure, or history. Additionally, Roe’s changing standards have long been unworkable, which is why so many pro-life laws ended up in court. It also failed to account for changing science, which demonstrates that life begins at conception. Today is a day of celebration, but the battle continues, as states either respect or shirk their responsibility to protect the life and health of women and children.”

This story is developing.