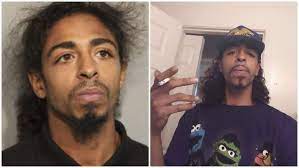 The three victims killed in a shooting rampage Saturday have been identified as family and friends reel from the senseless loss of their loved ones.

A doorwoman, a college student, and a convenience store shopper were all shot and killed at random.

The victims were identified as Anthony Faulkner, Aisha Johnson and Yiran Fan.

Seven people in total were shot, and the gunman was killed in a police-involved shooting in Evanston, officials said.

Surveillance video outside a South Side convenience store captured the final moments of Faulkner’s life. He had recently moved back to Chicago from Minnesota, his cousin said, looking for a fresh start after he lost his job in the COVID-19 pandemic.

“He had the most contagious smile. I mean, he was just so loving and so kind,” said Shapearl Wells, Faulker’s cousin.

Saturday afternoon, Faulkner got out of his car as a gunman entered the store at 93rd and South Halsted.

“He pulled up, he backed the car in and went in the store and came out, handed me my snacks, and he went back inside the store,” his brother Antionio Stubbs said.

Stubbs was waiting for his brother to return when he heard two gunshots.

“Proceeded to go in the store to see what was going on. I seen my brother laying there and another lady, an older lady, she was laying there,” Stubbs recalled.

Surveillance video from the area shows the shooter walking into the store and just minutes later walking out with a cash register drawer after shooting Faulkner and an 81-year-old cashier.

Faulkner’s family is now beside themselves with grief, as they get ready to lay him to rest.

“I always think about his smile. His contagious smile and how much love he has for his family and his, it was just that was just him,” Wells said. “I mean, his family meant the world to him. And so, we are, we are mourning this loss is so, so difficult. It’s so difficult.”

The shooter was identified by police as 32-year-old Jason Nightengale. They said his shooting spree started in Hyde Park and ended in a deadly shootout with Evanston police.

“Even though they caught the man, there’s no justice for my son,” said Georgia Evans, Faulkner’s mother. “I’ll never get him back.

Faulkner, who his mother lovingly called FuFu, was trying to get a fresh start in real estate.

“They had inquired about getting a real estate license and maybe doing rehabs and things like that so he was just like, really excited,” his cousin said. “This is the conversation that he was having with his brother was less than five minutes before the incident occurred.”

“My heart is so unrest. My body is tired. I have lost my voice because I’ve cried so much,” Evans said.

Nearly five years ago, Wells also buried her son, who she lost to gun violence. Now, she must help her family do the same for her cousin.

“When you have this type of tragedy senselessly kids dying at the hands of criminals, it’s just, you’re never the same,” she said. “And it doesn’t get any easier. It doesn’t get any and you never, you never get over it.”

As Nightengale drove away from the convenience store, he fired more shots in the parking lot. At least two people, including the victim’s brother, can be seen running for cover.

“I look at the police outside I start seeing the police armed gun, like the police run with guns like they try to protect us, like, ‘stay inside nobody go outside,'” said Abudulelah Abualoul, the owner of Jimmy’s Best which is the restaurant next door to the food mart.

Police believe the rampage began after Nightengale shot and killed a University of Chicago student.

REST IN PEACE: Yiran Fan was 1 of at least 3 people murdered during a random shooting spree Saturday.

The 30 y.o. was a PH.D. student @ the University of Chicago. He was gunned down in a parking garage.

Fan was discovered inside his vehicle in a parking garage of the Regent Park apartment complex in the 5000-block of South East End Avenue.

“He was a great, nice person and it is really sad that we lost him,” said Fan’s friend Xuan Yu.

Fan grew up in Beijing, China, where Yu went to high school with him. They reconnected at U of C, she said.

“He was very smart, very talented, quick learner; straight-A student. I would call him an overachiever,” Yu said.

Minutes after Fan was killed, a few blocks away, police said Nightengale entered the vestibule of an apartment building in the 4900-block of South East End Avenue and asked to use a phone before opening fire, according to CPD.

There, the gunman shot and killed 46-year-old Aisha Johnson before also shooting and critically wounding a 77-year-old woman who was inside the building retrieving mail, CPD said.

“They were trying to revive her when she came in. She was already passed away,” said Johnson’s brother, Ronald Johnson.

Ronald said he was heartbroken when he found out she was shot, and the gunman was still on the run.

“I felt numb right there, so I knew, I just felt like she was gone then as soon as I got the call,” Ronald said.

Johnson worked at the front desk at the Hyde Park complex for the past decade.

“She was so devoted to her job and her kids,” Ronald said. “It is hard when you see someone work so hard and then they are not even in the wrong place. They are at work and you never expect this to happen at work.”

A 15-year-old girl was also shot while riding in the backseat of her mom’s car before Nightengale made his way to Evanston, police said. The girl’s father said she is still in critical condition, fighting for her life.

The victims’ families are left still questioning how something like this could happen.

“How did he get away again,” Ronald wondered.