True story of 18th century life in Africa and enslavement 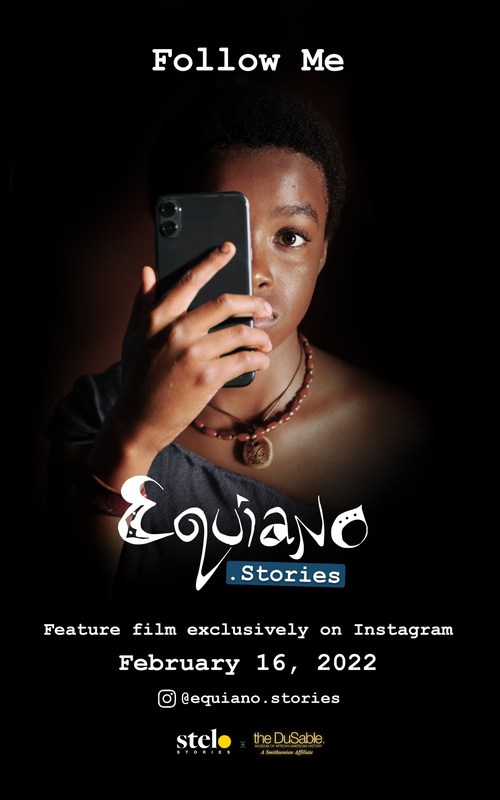 What if an African child in 1756 had Instagram when he was enslaved? The question is answered as “Equiano.Stories” gives a modern voice to an 18th century memoir.

“Equiano.Stories” is the second film in a series from award winning film studio Stelo Stories that takes the stories of young people who documented their lives during extreme moments in history, and connects them with their 21st century peers through social media.

Followers of @Equiano.Stories will meet 11 year-old Equiano and watch his story unfold as he posts about 400 individual stories, totaling 80 minutes of content, over the first 48 hours of the film’s release.

Just like today’s Instagram influencers, Equiano will share moments of his day — from being a carefree boy in his village with his loving family and rich culture, to the fear and confusion of being kidnapped, up to the harrowing experience of life aboard a slave ship.

He went on to become an influential figure in history.

“Equiano.Stories” is focused on Equiano’s childhood story to connect him with today’s youth.

After buying his freedom at about 20 years old, Equiano moved to London and later published his bestselling memoir in 1789. The firsthand account was critical in stopping the trading of enslaved people by England, the world’s biggest exporter of enslaved Africans at the time, and remains one of the era’s only first-hand accounts of life in Africa written by an African author.

“Stelo Stories shares historical stories with our audiences by meeting them where they already are – on their phones and on social,” said Stelo Stories executive and one of the creators of the film, Yvonne Chioma Mbanefo.

“We created ‘Equiano.Stories’ to connect people with a new Black history narrative. The story starts with a vibrant young man who is not so unlike today’s youth – he loves dancing, running through his neighborhood and hanging out with his friends. For far too long, historical films have started the narrative of Black history with enslavement. ‘Equiano.Stories’ paints a vivid portrait of a history that starts with freedom.”

DuSable also contributed deeper educational content to the film and has created a museum exhibit that takes visitors into Equiano’s village to experience the culture of West Africa, featuring pieces from its own permanent African collection previously unseen by the public.

“Our collaboration with Stelo Stories on ‘Equiano.Stories’ is important because it gives us a platform to remind the world that slavery is not our origin story as Black people,” said the DuSable Museum’s President and CEO, Perri Irmer.

“Equiano’s story speaks most eloquently and in a way that we believe will create a paradigm shift in how our history is presented, consumed and understood. This is exactly what the world needs right now: the truth, the whole truth, historically accurate and beautifully portrayed.”

Bite-sized lessons will also launch on Instagram with each of the film’s highlights. These short, visual bites unpack what viewers see in the film, both historically and culturally. The lessons were curated by scholars from The DuSable Museum, Howard University, Georgia State and Stelo Stories.

To celebrate the African origin story in “Equiano.Stories,” the Chicago-based museum will open an exhibit on February 16 that brings to life Equiano’s village life and customs.

Museum goers will step into a handcrafted replica of the thatched-roof huts seen in the film to be immersed in African works of art, sculpture, and photographs. These historical pieces that were curated from DuSable’s permanent collection are interwoven with interactive digital experiences, including vertical screens showing scenes from the film and social lessons shared in the Instagram experience.