Traveling to United Center for vaccines a barrier for many Blacks 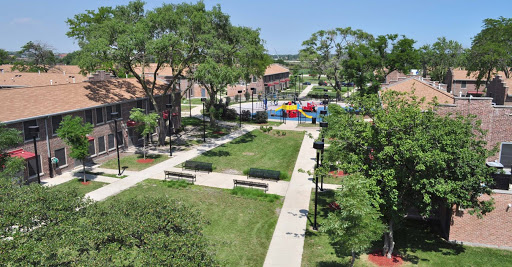 It’s been nearly three weeks since Mayor Lori Lightfoot and city officials began allowing residents from high risk COVID-19 zip codes to be vaccinated at the United Center on the city’s West Side.

At present, 17 zip codes are part of the city’s Protect Chicago Plus program. About 10 of those zip codes include neighborhoods on the South Side.

In the past three weeks residents who are not seniors but have underlying medical conditions had the opportunity to get the first dose of the Pfizer vaccine ahead of the city’s plan to next inoculate residents with similar conditions from other zip codes.

But a Crusader analysis reveals that the city’s Protect Chicago Plus initiative has done little to boost the vaccination rates in 10 zip codes on the South Side, since those zip codes were placed on the special list of residents to be inoculated at the United Center mass vaccination site on the West Side.

According to the March 23 figures from the Chicago Department of Public Health, seven out of 10 of those zip codes had vaccination rates below 20 percent.

In Englewood (60621), only 13.3 percent of the neighborhood’s population has been vaccinated. In nearby West Englewood (60636), just 15 percent of its residents have received the first dose of the Pfizer vaccine.

While city leaders and health officials cite distrust as one reason for the low vaccination rate among Blacks and minorities, another reason to consider could be the challenge of, or lack of, transportation to the United Center.

Of the 10 zip codes on the South Side, seven have distances of 10 or more miles from the United Center.

The zip codes that have the lowest vaccination rates in the city—Auburn Gresham (60620), West Pullman/Roseland (60628) and South Shore (60649)—had a distance of at least 13 miles from the United Center.

Several residents in South Shore with whom the Crusader spoke say they have no desire to travel 13 miles to the United Center for not one, but two doses, of the Pfizer vaccine. None of those interviewed had cars and said the trip was too long for a vaccine they were already skeptical about.

Questions remain as to whether the city will open a vaccination site on the South Side that would make it closer and easier for residents to access the vaccine.

There are also questions about the availability of the recently approved Johnson & Johnson vaccine. Earlier this month, Chicago received 23,000 doses of the Johnson & Johnson one-dose vaccine. The city has remained silent on where residents can obtain the vaccine.

A mass vaccination site in Northwest suburban Des Plaines is administering the Johnson & Johnson vaccine, but that location for Cook County residents is 20 miles from Chicago.

Requiring just one inoculation, the Johnson & Johnson vaccine would be a convenient alternative to the Pfizer and Moderna two-dose vaccines, sparing many South Siders from making a second trip to a vaccination site.

Questions also remain whether Governor J.B. Pritzker and city leaders will push to get more of the Johnson & Johnson vaccine, preventing low-income and underserved residents as stated from traveling twice to the United Center or any future mass vaccination site to get fully vaccinated.

There are also concerns of residents being discouraged by a potential surge in crowds when the city moves to phase 1C and expands vaccine eligibility to all Chicago residents with underlying health conditions and essential workers. This phase includes restaurant employees, hotel workers, hairdressers, clergy members, construction workers, delivery drivers, and warehouse workers.

Some of these employees may live in Altgeld Gardens, which shares Chicago zip code 60827, in Alderman Anthony Beale’s 9th Ward.

The low-income neighborhood is among the poorest in the zip code. This week, a CBS 2 report found that the zip code had the worst vaccination rates and is not part of the Protect Chicago Plus program. The zip code is not on the map of Chicago’s daily vaccine database, despite its potential of spreading the virus to nearby residents in Roseland and South Deering, which are part of the Protect Chicago Plus program.

According to CBS 2, Altgeld Gardens has a vaccination rate of only .05 percent as of March 22. “My seniors are not going to get on the bus, get on the ‘L’ and go down to the United Center.

We have to bring the vaccination to the people,” Beale told CBS 2. Last week, Beale held a vaccination event in his ward, where some 1,000 residents received their first shot at the Pullman Community Center.

Dr. Allison Arwady, head of the Chicago Department of Public Health, told CBS 2 that communities like Altgeld Gardens can expect more outreach as they look at this data.

“You’re going to be hearing more about new and creative things we’ll be doing to bring vaccine to under-vaccinated communities,” Arwady said. “We certainly will maintain focus on there, but we’ll be pulling where we have seen data with lower vaccination rates.