“The Woman King” is getting mixed reviews on social media. Mainly because it’s telling the story of an all-female warrior group; however, the warriors who are as fierce, strategic, and deadly as they can be, were also involved in the slave trade.

I went into the theatre knowing a bit about the history of the Dahomey. But I admit I had to pull a bit more background about the film. “The Woman King” is a 2022 American historical epic film about the Agojie, the all-female warrior unit who protected the West African kingdom of Dahomey during the 17th to 19th centuries. Set in the 1820s, the film stars Viola Davis as a general who trains the next generation of warriors to fight their enemies. It is directed by Gina Prince-Bythewood and written by Dana Stevens, based on a story she wrote with Maria Bello. The film also stars Thuso Mbedu, Lashana Lynch, Sheila Atim, and John Boyega.

The Smithsonian magazine writes a bit more history: At its height in the 1840s, the West African kingdom of Dahomey boasted an army so fierce that its enemies spoke of its “prodigious bravery.” This 6,000-strong force, known as the Agojie, raided villages under cover of darkness, took captives and slashed off resisters’ heads to return to their king as trophies of war. Through these actions, the Agoije established Dahomey’s pre-eminence over neighboring kingdoms and became known by European visitors as “Amazons,” due to their similarities to the warrior women of Greek myth.

“The Woman King,” a film with Davis as a fictionalized leader of the Agojie named Nanisca, tells the story of this all-woman fighting force. The film takes place as conflict engulfs the region, and the specter of European colonization looms ominously. It represents the first time that the American film industry has dramatized the compelling story.

The film is epic in its cinematography and sweeping fight scenes showing the women chopping off heads and using spears and swords to annihilate anyone that gets in their path. The costumes are amazing, as is the production location.

Davis is incredible as she leads her unit in training exercises and real battles to please King Ghezo played by Boyega. Her two closest allies are Izogie played by Lynch and Amenza played by Atim. Nawi, played by Mbedu, is a young woman who has been discarded by her father and given to the King because she didn’t want to marry an old man. Her storyline provides a great twist in the life of Nanisca. King Ghezo sits in the palace with beautiful young women at his beck and call. This selected harem of women admires and respects Nanisca to a point. They wonder why the King pays more respect to her than he does to them.

Indeed, the Dahomey participated in the slave trade, while providing captured slaves and selling them to the Europeans. However, the entire history of this tribe is complicated on the surface. That’s why during the first weekend there were calls for a boycott. Despite this backlash, “The Woman King” made a reported cool $19 million at the box office last weekend, which isn’t even half of the reported $50 million it took to bring it to theaters. But it is a good showing about African history with a majority Black female cast and without all the moaning and groaning and whiplashing, amid “yes massahs” found in typical African Hollywood fare.

Erudite1906 posted on Twitter a succinct sentiment: “Two thumbs up (emojis) for The Woman King. It’s not a docu so the goal was to entertain, not to provide 100% accuracy. It’s H’wood-made, directed by a Black-owned, woman-owned production company, and did not brush over historical facts that most who haven’t even seen the movie suggest we boycott.”

He’s correct, the film addresses the fact that the women did sell their own kind to white slave owners. But it also acquiesces at the end and appears to set a more aggressive tone toward righting that wrong. Now playing in theaters. 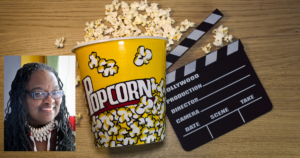