THE VOTE IS OUR SUPER POWER! 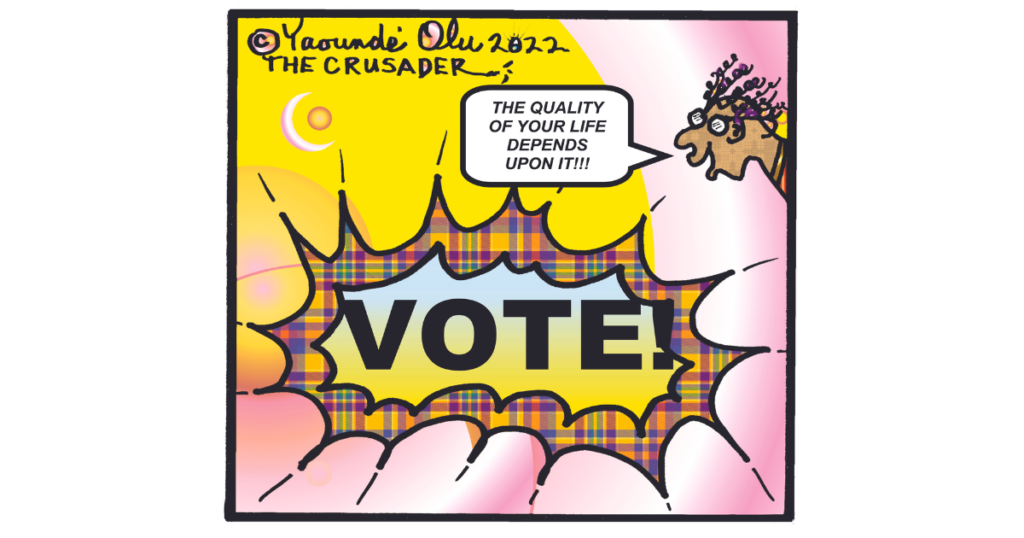 The Midterm elections are here, and it’s time to make a decision about what direction our country will take. Make no mistake, this is one of the most important elections in recent history, and the most dangerous. People have been lured into a certain type of complacency based on the ubiquitous distribution of fake news and false information.

One of the biggest lies told is that there is no difference between the two dominant parties, Democratic and Republican. This could not be further from the truth. But the impact of this lie is causing a lot of African Americans to cast a jaundiced eye toward the voting process, and far too many might stay away from the polls because of this.

It’s past the time that Black people revisit that interesting term introduced by the late, great Stokely Carmichael: BLACK POWER! We must understand that voting by Black people is a demonstration of Black Power; it is our Super Power. We have made progress in America, but we still have a long way to go, and we must realize that what we accomplish depends upon us!

To digress, an outstanding example of how much our community does not understand its own power can be seen in a recent event. The person some consider to be the Black community’s prodigal son, Ye (formerly known as Kanye) West, has come under fire because he used inflammatory and hurtful language targeting Jewish people. He was accused of being anti-Semitic.

The Jewish community retaliated with a vengeance, and one after another Jewish group unified and pulled their resources from Ye. As a result, in a two-day period, Ye went from being a billionaire to having a net worth of 400 million, according to Forbes.

Interestingly, surprisingly, and most important, illogically, many members of the Black community became really upset and continually asked this question: Why didn’t Adidas, the Gap and others who sanctioned Ye take those same moves when he said that slavery was a choice?

Why would we expect Adidas to initiate a campaign to address insults to the Black community if the community does not respond on its own behalf? Black people need to unify and combine resources!

With this said, we have the opportunity to exercise a super power, and it is the VOTE! Currently, there are stark differences between how the two dominant political parties in America view this right.

On the one hand, Republicans are literally in the process of attempting to dismantle democracy. They have set up barriers in an attempt to keep Black people from voting; they are rolling back rights, and they are poised to take the country back to the political Stone Age.

On the other hand, while people are focused on President Biden’s age and are attacking his ability to govern based on that, he has addressed some of the most important issues impacting the Black community.

Republicans, on the other hand, are poised to strike down every gain that Black people (and poor people) have achieved.

In addition to the loss of a woman’s right to control her body, the Republicans are threatening to dismantle Medicare, to gut and destroy Social Security, to roll back voting rights, and to turn the clock all the way back to darker times. They have actually told us this; MAGA is its war cry.

They must be stopped. Your vote counts; and is important that Black people understand that the Democratic Party, though not perfect, is a far better choice for Black people and for American democracy than the alternative.

All politics are local and your vote counts! The Crusader has endorsed candidates who we believe will do the best job in protecting our democracy and serving our community. We actually stand to lose a lot if the Republican Party gains control of the country. We have been warned. Vote!!! A Luta Continua.