THE TIME FOR TRUTH TELLING IS NOW 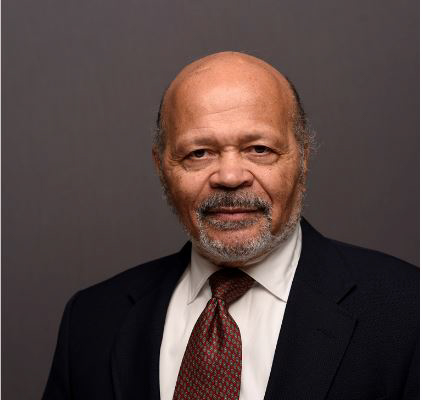 On Nov. 24, 1768, an advertisement appeared in the Virginia Gazette, a newspaper printed in Williamsburg and widely distributed in Virginia, Britain’s largest North American colony.

This advertisement screamed in large black letters, “A SCHEME of a LOTTERY,” and below that in letters almost as large were the words, “For disposing of certain LANDS, SLAVES, and STOCKS, belonging to the subscriber.”

Among the “CONTENTS of PRIZES” listed, which could be acquired by this raffle, were 24 enslaved men, women and children. Their values were assessed from a high of 280 British pounds for a blacksmith and his wife who was described as “a young wench who works exceedingly well both in the house and field,” to a low of 20 British pounds for another woman named “Lucy” and described as “outlandish.” In what would be considered heartbreaking today, this raffle broke apart families, as most family members were sold in separate lots.

This type of raffle was a common occurrence in colonial Virginia and would not be considered a remarkable historical event except for the fact that the 17 managers who conducted this raffle were laser focused on their own liberties and freedoms.

Among these managers were men who attended the Continental Congress, fought in the Revolutionary War and signed the Declaration of Independence. Most prominent among them was George Washington. Several of these men are often identified as “Founding Fathers” of our nation. And it is telling that they could treat their fellow human beings with such casual cruelty.

This raffle in late 1768 was not an isolated incident for the man who later would become America’s first president. Four months later, Washington helped to set up another lottery to pay the debts of a Virginia planter who owed money to his stepchildren. This lottery also was advertised in the Virginia Gazette. 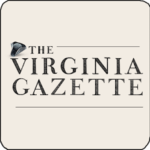 While apologists for Washington try to whitewash his inhumanity by imagining that he was merely a man of his times who earnestly sought a way to end slavery, the record is clear: These raffles show us a man who had no concern for the humanity of the enslaved.

In the April 1769 lottery, while the more valuable married males were raffled together with their wives and children, less valuable slaves were separated from their families and placed arbitrarily into different lots. For example, the ledger reportedly shows that a slave named Robin and his wife Bella were raffled together as husband and wife, but their daughters, 12-year-old Sukey and 7-year-old Betty, were listed in a separate lot. Washington and his colleagues issued 1,840 tickets for this lottery, so the chances were extremely unlikely that those enslaved family members would remain together.

It is important to illustrate this bit of history because it demonstrates the challenges people of color have had to overcome to have their humanity recognized. And it reveals the casual ease with which American social structures, policies and practices trampled our humanity.

After a long, hard and bloody journey through American history, where people of color have given so much and gotten so little in return, it should be unimaginable that so many Americans still cling to notions of white supremacy with religious vigor. So firmly do they cling to their belief in the incontrovertible truth of their world view that the dogma of their religion of white supremacy is “Your Fault.” This creed lays blame at the feet of everyone victimized by white supremacy and shields racially motivated bigots from any sense of responsibility for the misery they have inflicted upon their fellow humans.

Because the doxology of white supremacy has been performed so fervently over and over again for so long, no other chorus could be heard. It has rung out from most American newsrooms, motion picture studios, radio stations, courts of justice and legislative halls for centuries.

This dogma of Your Fault is the cheapest form of insurance against liability and social accountability. Its logic is based upon adolescent thinking, like that of a teenage motorist who explains to his uncle that his automobile insurance coverage is “Your Fault.” People who are unable to accept liability are unable to understand consequences.

When the unatoned fail to acknowledge their unregenerate behavior, they can believe in their own righteousness despite the depravity of their actions. And it is only by the continuous performance of their long-lived doxology that they can have faith in the religious righteousness of their race-based bigotry.

It is because they cannot alter their belief in who they are, that white supremacists must find fault in those whom they have victimized. This explains why, for many past decades, white social scientists like Daniel Patrick Moynihan sought to address the ills afflicting Black and brown communities in this country by constantly trying to “fix” the people broken by victimization rather than fixing the victimizing system.

It is within this context that Washington’s raffles must be seen as elisions in the history of this nation. They are not hidden; the records are there for anyone to see. They merely have been omitted when we have recounted our national narrative.

When we testify to the character of our nation, its history and its culture, we are obligated to tell the truth, the whole truth and nothing but the truth, otherwise, we perpetuate a lie.

Today, attempts to conform the American narrative to a fiction of a just and enlightened settlement of an empty land through the rational and tolerant use of a savage and undisciplined workforce to form a fair and equitable society have reached a fever pitch. Bigots seek to hide the true past of this nation and build a memorial to a just society that never was. Accounts of the cruelties and depravities of their ancestors are being culled from libraries and banned from being taught in schools.

We are called now to give witness to the true and factual history of this country. We must not shy away from removing the cloaks from the grotesque nakedness of the twisted form of racial bias that has defined this country’s history. We must fight to keep the truth and the honest telling of America’s history in our schools. We must push with all our might against the distortion of our country’s narratives that aggrandize the villainy of racial bigotry clothed in patriotism and progress. We must call out our neighbors, co-workers and those we encounter in the street, who believe it is acceptable to do anything other than tell the truth, the whole truth and nothing but the truth. We must all speak truth to power now. There can be no other course than this.

Oscar H. Blayton is a former Marine Corps combat pilot and human rights activist who practices law in Virginia. His earlier commentaries may be found at https://oblayton1.medium.com/