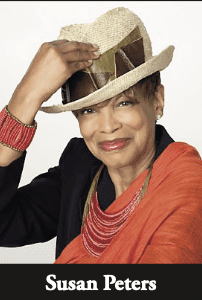 Slay the Dragon” is the third of the Joi Sommers mystery series that elegantly introduces a double plotted novel illuminating the sex trafficking of children and the predatory grooming of children—right under parental roofs.

When the Beast is Two-Headed, the Quest for Justice Is Heroic

Detectives Joi Sommers and her partner Russell Wilkerson speed to the Ingalls Hospital ER and are disgusted to find the strangled body of Tamiko Triplett, a preteen lying on the gurney, the tattoo of a dragon, and a pimp’s initials on her inner thigh.”

What kind of monster would ravage and discard the fragile beauty with exotic eyes like debris? Enraged, the detectives commit to bringing her murderer to justice, on or off the clock. This quest leads the pair into the dark world of sex trafficking flourishing clandestinely in the surrounding south suburban enclaves. Consumed with this case, the recently widowed Russell relapses into alcohol addiction and while struggling to conceal his drinking from his partner and family, his reckless neglect leaves those he loves most vulnerable to dangers lurking unobserved and undetected.

Praise for the Joi Sommers Mysteries

“Homicide detective Joi Sommers is a beast! You really want to read this book. It wasn’t just about the murder of Pastor Dennis Gregg. It showed that all is not what it seems and in spite of the smiles, luxuries and fanfare, there were ugly and horrible secrets. Secrets hidden, that only in death do they come to the surface.”

“Susan Peters writes Joi Sommers with passion, assertiveness, attention to detail, and a love for a character that only an author can express for someone she has studied and admired. Even though I knew Joi and Russell would find the sadistic murderer, I was mesmerized by this female detective who paid attention to the smallest details. She cared about Keisha Norman, the dead coed, and was determined to get justice for her.”

“This a great story. Susan put a lot of time into research. Outstanding job of developing characters. I enjoy reading flawed characters. The suspense brought out a variety of emotions. The theme was a tough topic to tackle and was done taking the time to educate the reader on the subject. There were so many good subplots. Some unexpected.”

“Susan Peters’ detective novels are not cozies, she tackles hard topics like incest, sexual fluidity, and her latest “Slay the Dragon” deftly walks readers into the two-headed beasts, sexual trafficking and Internet predators.”

Susan D. Peters, a native of Chicago’s South Side, is a graduate of DuSable High School and DePaul University. Susan’s curiosity lured her to Liberia, West Africa, for 11 years. Her family’s escape during the Liberian Civil War is the spellbinding account of her memoir, “Sweet Liberia, Lessons from the Coal Pot.” Sweet Liberia received the 2010 Black Excellence Award for Non- Fiction by the African American Alliance of Chicago and in 2011 received the award for Non-Fiction from the Illinois Press Women’s Association. “Broken Dolls” represents Susan’s foray into the mystery market and is the first of a series featuring the flawed Detective Joi Sommers as its heroine. The second Joi Sommers mystery “The Iron Collar” is a riveting story with multiple ingenious twists. “Slay the Dragon” is Susan’s third mystery that elegantly introduces a double plotted novel that handles dark topics in a manner that encourages readers to learn and become advocates.