THE NEXUS BETWEEN JUNETEENTH AND FATHER’S DAY 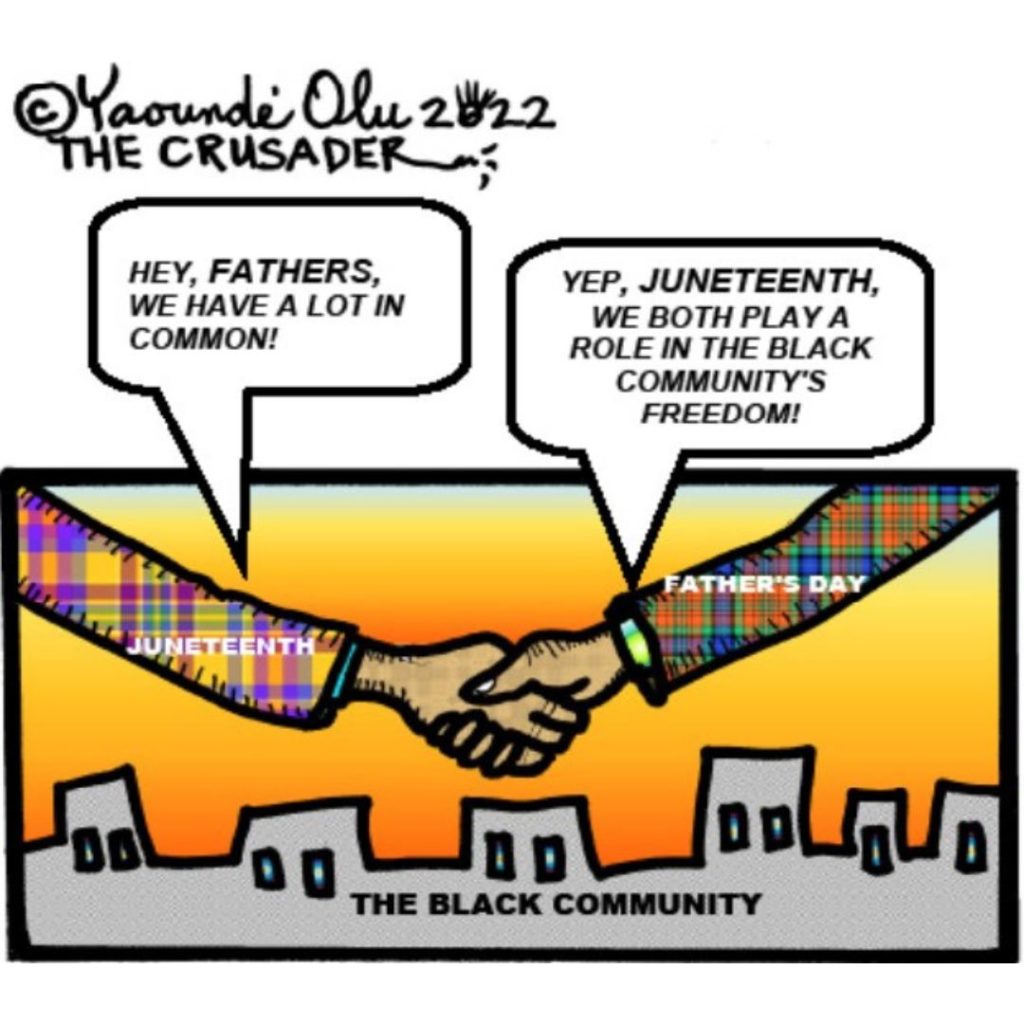 Two very special holidays are intersecting this year, Juneteenth and Father’s Day. Ironically, both of these days can be seen as complements of each other.

Father’s Day has been officially observed for a longer period of time, and Juneteenth is basically a new tradition, though it is actually considered to be the longest-running African American holiday. Juneteenth didn’t become officially recognized as a national holiday until June 17, 2021. Father’s Day became official in 1972.

Father’s Day was founded by Sonora Smart Dodd in 1910. Her father was a widower and Civil War veteran, and raised his six children by himself. Dodd wanted to have him recognized for the job that he did, and she asked for help from government officials, businessmen and others for support in making Father’s Day a holiday.

June 19, 1910 was the date that was celebrated as the first observance of Father’s Day, a holiday that affords people the opportunity to highlight the value of fathers and show appreciation for them.

Juneteenth, which is a shorthand way to say “June nineteenth,” is gaining momentum as a holiday. It is the day in 1865 that the federal troops arrived in Galveston, Texas to ensure that all enslaved people were free. This was a full two and a half years after the Emancipation Proclamation. Because of this, it is seen as logical to observe that date as the real emancipation of American slaves.

As mentioned previously, in 2022, both holidays will be observed on the same day, June 19. Because of the nature of these holidays, fortunately, it doesn’t have to be an “either-or” celebration; it can be “both/and.” They can actually be seen to complement each other. This is because fathers are integral parts of families, and Juneteenth is a day that families convene to celebrate emancipation from slavery. These fit together nicely, like hand and glove.

The nexus of Father’s Day and Juneteenth presents a unique opportunity to begin renewed dialogue around the concept of freedom and the importance of the father’s role in helping to ensure the freedom of families. It is no secret that families with intact fathers tend to fare better economically and even emotionally if the father is really fulfilling his role.

When looked at in this light, fathers are an important ingredient in the community in that they can help ensure that their families, which are the backbone of communities, are high functioning. Certainly, if we can envision a community with a majority of families with responsible fathers, we would see how that would go a long way to help ensure the viability and success of African American communities.

Today, it is said that over 70 percent of all African American children are being raised in single, female-headed households. It is relatively easy to see, therefore, how a lack of responsible fathers is reflected in community dysfunction. The schism between men and women, fratricide, and Black-on-Black crime are just a few of the realities that reflect this situation.

So, when we look at our current communities, we can see that we have gained an official “freedom” in the form of the freedom from slavery, but we are now suffering from another kind of bondage, and that is the breakdown of the family unit and the attendant lack of freedom that it entails.

In observing the link between Juneteenth and Father’s Day, we can note that a main ingredient in community healing would be that of reinforcing an understanding of the role that father’s play in helping to offset family and community dysfunction.

As we converge on various and sundry stores in a search of gifts to give our fathers on the upcoming holiday, it might be a good idea to begin a new dialogue and tradition in honor of the freedom signified by the celebration of Juneteenth, and that is re-emphasizing the importance of a father’s contribution to successful families.

Fathers need to understand that they are needed; that their love is just as important as any material contributions they offer. We need to focus on elevating the concept of fatherhood; it is worth far more than just a tie or new socks.

We need a renewed understanding of the connection between a father’s love for his family and real freedom that can result from it. This year we have an opportunity to think about this since both Juneteenth and Father’s Day are celebrated on the same day. A Luta Continua.