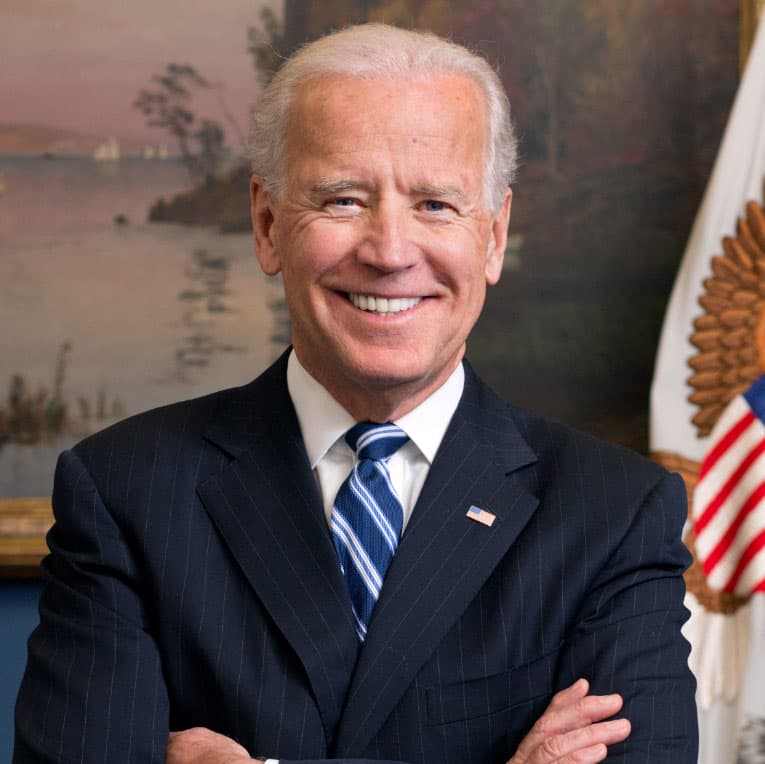 President Biden is facing steep political risks as the omicron variant surges, propelling the fight against the pandemic into a new phase.

New infections have risen to more than 200,000 per day — and the situation could get much worse.

Francis Collins, the outgoing director of the National Institutes of Health, has suggested daily infections could ultimately reach one million. In the United Kingdom, where COVID trends have often presaged those seen in the U.S., daily infections are now over 120,000 in a nation roughly one-fifth as populous.

Biden is desperate to avoid any public perception that he is failing to meet the challenge.

Speaking at a virtual meeting with governors Monday, the president said, “The bottom line is, we want to assure the American people we are prepared. We know what it takes.”

Right now, that involves the deployment of military health personnel to augment civilian staff, the movement of medical equipment into place to prepare for an omicron-led surge, and a promise to provide abundant at-home testing kits beginning next month.

But those moves come as public confidence in Biden’s capacity to handle the pandemic has slipped to some of the lowest levels of his presidency. An Economist/YouGov poll shortly before Christmas indicated that 47 percent of Americans disapprove of Biden’s performance on the pandemic compared to 42 percent who approve.

Early in his presidency, with mass vaccinations coming on-stream and near-euphoria that the end of COVID seemed to be in sight, Biden often scored 60 percent approval or higher on the pandemic.

There are also some question marks hanging over the specifics of the response to omicron.

The administration acknowledged just before Christmas that no contract had yet been signed for the 500 million tests Biden has promised will start to become available in January. The sight of long lines for tests on the streets of major cities undermines public confidence too.

Then there is the question of whether the administration should have been more proactive in readying for the arrival of new variants.

In his Monday remarks, even as Biden reminded voters of the huge increase in the availability of home tests since he took office, he added: “It’s not enough, it’s clearly not enough. If we’d known, we would’ve gone harder, quicker.”

Some public health experts argue that it was obvious new variants would emerge, even if the particular features of each one could not be predicted.

A scenario in which infections keep soaring, tests are in short supply and disruptions to daily life multiply could be disastrous for the president. The population is already wearied by almost two years of the pandemic — a fractiousness that almost certainly plays into the president’s low approval ratings.

Still, there are rosier scenarios for Biden.

Cases in South Africa, where the omicron variant was first identified, have begun to fall sharply after a terrifying rise. A number of studies have shown that the severity of omicron, especially among the vaccinated, is significantly less than the original strain of COVID or the delta variant.

The current increase in cases in the United States has not been matched by a growing pace of hospitalizations. According to data from The New York Times, daily new cases have risen by 83 percent compared to two weeks ago, but hospitalizations by only eight percent and deaths by only three percent.

Those figures show just over 70,000 people hospitalized because of COVID in the United States as of December 26. During the worst days of the delta surge in late summer, the equivalent figure was north of 100,000.

In an absolute best-case scenario, omicron could burn itself out without overburdening the health care system, yet also bring the nation closer to herd immunity.

Such a scenario would boost the economy and the public mood — and Biden’s political fortunes.

There are plenty of bridges to cross before then. Dr. Anthony Fauci, the nation’s leading expert on infectious diseases, warned in a weekend interview against becoming “complacent” because of omicron’s apparently lower severity.

Speaking on ABC’s “This Week” Fauci added that the sheer number of infections could “override a real diminution in severity.”

Meanwhile, there are practical problems that are sure to add to voters’ displeasure. Flights over Christmas weekend were hugely disrupted as airlines struggled with high numbers of cabin crew and other staff calling out sick. Anecdotal reports suggest restaurants and other services are suffering similar staff shortages.

There are new questions about the period of time people infected with COVID-19 should have to quarantine, as well.

The Centers for Disease Control and Prevention (CDC) late Monday reduced the recommended quarantine time for people who test positive for COVID to five days from 10, so long as they are by then asymptomatic and continue to wear a mask for another five days.

“We want to make sure there is a mechanism by which we can safely continue to keep society functioning while following the science,” CDC director Dr. Rochelle Walensky told the Associated Press.

Meanwhile, Biden must also fight the trend by which the pandemic has become deeply politicized.

He got some respite at Monday’s meeting when Arkansas Gov. Asa Hutchinson (R) praised the administration’s response to the latest surge.

Hutchinson said the White House COVID team had given “great support to the governors.” The Arkansas Republican also welcomed recent remarks from Biden “designed to depoliticize our COVID response,” adding, “I think that was helpful.”

But those warm words are far from typical in a polarized nation.

If omicron hits with even harder force, and the healthcare system starts creaking under the strain, the political fallout for Biden is sure to be severe.

The Memo is a reported column by Niall Stanage.