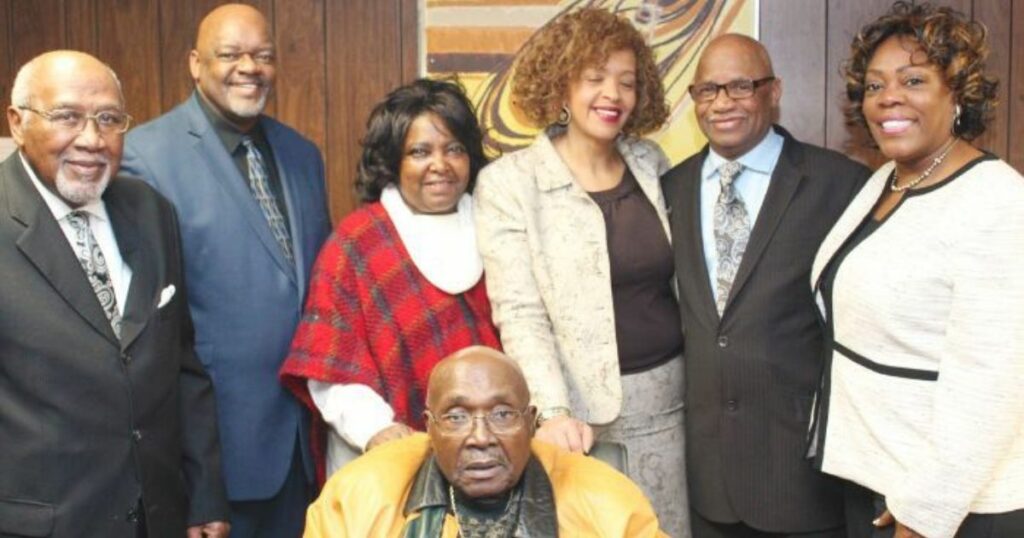 The Gary Frontiers Service Club annually recognizes individuals who have shown a personal commitment and dedication to serving others. Eight individuals have been nominated as Dr. Martin Luther King Marchers; they will now also be considered for recipients of the distinguished Drum Major Award.

The 2017 Drum Major Award will be presented at the 38th Annual Dr. Martin L. King, Jr. Memorial Breakfast. The ceremony will take place Saturday, January 14, 2017 at the Genesis Convention Center in Gary, IN. The event begins at 8 a.m.

The MLK Memorial Breakfast recognized its first Marcher, Congresswoman Katie Hall, in 1986.  Award creators indicated her selection was based on her demonstration of a lifetime of dedication to improving the human condition of others. Since that first award, 80 Marchers and 21 Drum Majors have been acknowledged for their community service.

Yokefellow Oliver Gilliam, president of the Gary Frontiers Service Club, Inc., and Yokefellow Attorney Clorius Lay, Breakfast Chairman, say the memorial breakfast will follow a traditional format with several newcomers to the program. Lay said, “No one, including myself, could have visualized that the breakfast that Yokefellow Robert Freeland started in 1980 would grow to where it is today in 2017.”

Organizers of the event say that no Breakfast speaker is identified as the “MLK keynote speaker” because guests have the privilege of hearing brief remarks from representatives of municipal, state, and federal governments. This year, attendees will also hear from two notable community contributors: Dorothy R. Leavell, Publisher and Editor of the Gary and Chicago Crusader Newspapers; and Rosemarie Joiner, Executive Director, John Will Anderson Boys and Girls Club of Gary, Indiana.

“We actually are not honoring Dr. Martin Luther King with this breakfast. He has been honored with a national holiday and was a recipient of the Nobel Peace Prize. We are honoring people who are continuing to carry on Dr. King’s legacy” Lay said, adding “in spite of what has gone on, the struggle continues.”

Dr. Vanessa Allen is a 1977 graduate of Horace Mann High School located in Gary, Indiana. In 1986 she began taking evening classes while working full time and raising two daughters. She earned an Associates of Arts in Sociology from Purdue Calumet, Bachelors of Science in Organizational Management from Calumet College, and Masters of Education with certification in Counseling and Personnel Services from Purdue University Calumet in 1996. On November 17, 2013 Vanessa completed all course requirements and earned her Doctorate in Educational Leader- ship at Argosy University located in Chicago, IL.

She has worked as an administrator at Purdue University Calumet, South Suburban College and the Gary Community School Corporation. Dr. Allen is president and CEO of the Urban League of Northwest Indiana, which covers Lake, Porter, and LaPorte Counties.

Natalie Ammons is the Station Manager and host of WLTH AM 1370 Radio. She is the host of a weekly community show titled, “Bridging the Community Gap,” which are conversations regarding community events, organizations and individuals focusing on change. She is currently attending Indiana Wesleyan University, working on her Bachelor’s Degree in Management and Marketing. Natalie received her Associate’s Degree in Business Indiana Wesleyan University. She is the recipient of numerous awards for outstanding leadership and community participation.

W.D. BREWER was once recognized as one of Gary’s leading Black citizens by the Calumet Township Trustees Board under Dozier T. Allen, as an entrepreneur and promoter.  Keeping in mind the rules of his late father, Brewer, while searching for employment and a church home in Gary, became a member of Liberty Baptist Church where he has served on the Board of Trustees, the Usher Board, the Choir, the Building Committee and is founder of the Scholarship Committee. During his 30 years of employment at U.S. Steel, he received several promotions because of his willingness to learn and his successful performance of any assignment. To supplement his income, Brewer, became a Cab Driver for the Yellow Cab Company before going into business for himself. He opened Brewer’s Cleaners, one of the first Black owned and operated cleaners in the city. He later opened the Playboy Lounge, where he was instrumental in featuring many Jazz artists in concert. He works diligently with the Greater Gary’s Jazz Association to sponsor its annual Jazz in the Park.

Rev. R. JERRY PROTHO,  is a graduate of Gary Roosevelt High. He attended Purdue University and the American Baptist College.  While attending Purdue natural skills in leadership began to emerge as well as his commitment to fighting inequalities and community service. Protho, along with 43 other faithful believers, organized the Unity Baptist Church. He was  appointed to the Gary Planning Commission, where he served for five years. Over the last 24 years he has worked diligently with One Church One School Partnership and is currently the president of the local chapter. Protho is the recipient of the Outstanding Religious Leader Award. This is an international award given by One Church One School Partnership that covers 27 states, several countries in Africa and Haiti. He has received countless civic and service awards throughout the years, but has maintained a humble spirit.

PATRICIAN OWENS-LEE – is a native of Gary, Indiana. Patrician has become one of the most well known funeral directors in Gary.  Patrician Owens-Lee attended Worsham Mortuary School in Wheeling, IL and received a diploma in Mortuary Science in 1985. In 1996,  she earned an associate degree in Supervision and Management from Purdue University Calumet, Hammond.  Followed by a Bachelor’s degree in Supervision & Management from Purdue University Calumet,  Hammond, Indiana. Pat currently works as a funeral director and embalmer with Guy and Allen Funeral Home, located in Gary, Indiana. Pat is a member of the Gethsemane Missionary Baptist Church.

COMMANDER KERRY RICE Sr. – started his public service at the age of 17, when he joined the U.S. Army Reserves. His law enforcement career started as a Security Policeman in the U.S. Air Force in 1986. Cmdr. Rice returned to Gary and joined the Gary Police Department in 1992. While assigned to patrol, he received two Life Saving Awards. During his patrol time, he was introduced to the Community Oriented Police philosophy. This C.O.P. philosophy would define his service to the people of Gary. As chief commander Rice has implemented several programs to improve the quality of life in Gary for the youth and adults

JAMES L. HOLLOWAY  – Another legend in the Gary community, James L. Holloway attended and graduated as Salutatorian in 1955 from Briscoe High School in Briscoe, AR. He was a deacon for forty years and served as chairman of the official board. He worked with Pastor Gardner in developing the Lifting As We Rise – a rites passage program for young men ages 13-18 years of age. The purpose is to prepare young men with the character tools for good decision-making and personal responsibility for their actions in life. Over the years, the program has helped over 100 students graduate with a goal in life for their future. Currently, Holloway serves as CEO for the program.

DENISE COMER DILLARD – Chief consultant for governmental and external affairs at the Methodist Hospitals, Denise Comer Dillard, has been a pillar in the community for years. She graduated from Indiana University with a MPA in Administration and Public Policy after receiving a Bachelor of Arts in Political Science/Economics/ Sociology from Howard University. In 2014, Denise Comer Dillard was presented with the statewide award from the Indiana Hospital Association of Merit for her wondrous dedication to the less fortunate within the health care system. Over the years, she has received numerous awards in her profession, as well as for civic and community service.