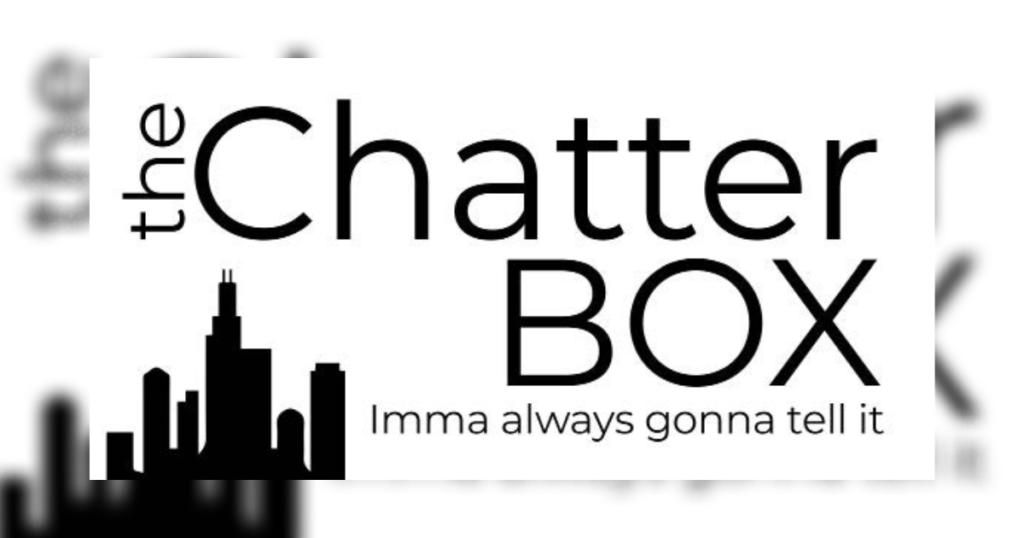 EDITOR’S NOTE: This column is published as political satire, street gossip and humor, and therefore should not be considered as fact. None of the items herein are collected by the news gathering staff of the Crusader Newspaper Group. Items forwarded to The Chatterbox are kept confidential unless otherwise re-quested by the author, in writing. For submissions please forward to: [email protected] Original photography and artwork are permitted. Thank you for reading!

The November 8 election is shownuff heating up, and Ima is wondering if there will be any folks still standing when the smoke clears. If you ain’t careful you won’t know who is on the ballot in November and who will be on the ballot in 2023. So Ima is going to try to straighten it out for those of us who know that we better VOTE in both elections.  Let’s take the November 8 election first. We are going to elect some Congressmen, Senators, and State officers like Gubner, Torney General, Secatary of State, Cook County President, Cook County Cluck and so forth. In 2023 we gonna elect a Mare, City Councilmens and womens. Now don’t let them politicins confuse you by trying to put the cart before the horse. That’s an old saying my Grandma used to say.  That means. Let’s do the November election furst and then let’s do the 2023 election after November 8.

Senator Tammy Duckworth is running to be relected for another 6 years. She probably will get back in but Ima and her political hackers says she don’t deserve to be a Nuited States Senator cause she only serves part of her district.  Ask Pookie and ‘dem and they don’t know who she is and that her district includes Black people.  They say Durbin is doing a little better. He has been seen in the Black community twice, Duckworth ain’t been seen at all.

Cook County Board President Toni Preckwinkle, also known as the “Soda Pop Tax Queen” is facing a Republican ponent that used to be a Democrat City Councilman in the 2nd Ward. A vote taken of Ima’s hackers say dey gonna vote for Bob Fioretti, cause dey done had with the Preckwinkle and her tricks.  She’s in bed with the Unions and dey ain’t for the working people. Lately her boy Brandon Johnson, who jumped to the Cook County Board from the Teachers Union, to displace Richard Boykin claim he is going to run for Mare, but everybody knows he ain’t nothing but a stalking horse. Besides they say they are tired of looking at those same old two suits she wears every day. They also want to know when do dem suits get to the cleaners? Ima just repeating what they said!!!

DIFF AND DAFF RUNNING FOR GUBNER

Thangs are a little different this time lak Fake Newspapers are being put out with dirty thangs being said about some of the candidates like the Gubner’s race. Now all the stuff ain’t false.

Ima just happened to hit upon a computer radio show with Maze Jackson this morning. You know the show that is “What’s In It For the Black People.” Now Ima kinda like that title ‘n feels that it is fitting for someone like Maze, but then again maybe it should be titled “What’s In It For Maze.”

Well, Charles Thomas, you know the former Black boot licker that was a reporter for ABC-TV licking boots for a long time, was the subject of a large portion of the show ‘cause a commercial has been hitting the airwaves of late with Thomas endorsing Darren Bailey for Gubner.  Thomas says he trusts him and says he received $50,000 for that endorsement. He said he is a businessman and he had to pay his staff. He also said the money didn’t come from Darren Bailey, it came from a Republican PAC.

What kinda surprised Ima was Maze didn’t do a lot of talking but he said when he and Thomas had a talk show on WVON he chose Thomas as his co-host because he felt Thomas gave him credibility and that Thomas was no different than Gator Bradley, who is a consultant for Pritzker.

Thomas phoned in on the show and so did Bradley. Bradley didn’t say how many months he had been working for Pritzker but admitted he was getting $5,000 a month. What got to be hilarious was Thomas said he was like David Axelrod, who was a consultant to Barack Obama. Talk about an exaggerated ego.  Now Ima says those peanuts (money) they were talking about they were being paid must have been funny to Maze, cause Ima knows that Maze got a lot more than that when he was a “consultant” in campaigns past.

What came out on the program is we got a Democratic Gubner candidate that I know he wish the Black folks would forget is flapping lips. I hate to tell you Gubner Pritzker but Black folks ain’t forgot what you thanks (sic) about acceptable Black folks. You know how Jesse White was more acceptable than Emil Jones. Bailey’s racism is written all over his big “Farmer face.” Bailey fits the theme the Democratic party PACs are using all over the country. ”He is too EXTREME.” His philosophy is that he knows more and should make the decision for women when it comes to abortions.

We got a race here that bees the lesser of two evils, if’n you know what I mean.

More on this race next week.

Herschel Walker, the former football player, must have thought he was back on the football field this week ‘cause he is accused of paying for an abortion for a former girlfriend. His son must have been waiting for the opportunity a long time to talk about his Dad being a lousy Dad, and husband, cause he tackled him from both sides. Ima just can’t understand how any self-respecting person could buy into the Trump philosophy like Walker has.  I hope the voters of Georgia will solidly defeat him for United States Senator on November 8. Herschel Walker is “TOO EXTREME.”

We don’t have to go as far as Georgia to see another Black candidate running for Congress in the 1st Congressional District in Northwest Indiana (Gary, Hammond, Crown Point, Merrillville, etc.) Yep, that’s the seat formerly occupied by Katie Hall who got the Dr. Martin Luther King, Jr. Holiday bill passe. Jennifer Ruth-Green is a puppet for the Republicans in Ku Klux Klan territory.  You talk to any Blacks that live there they are singing the same refrain, “SHE MAY BE MY COLOR, BUT SHE AIN’T MY KIND.”