THE BLACKOUT OF RACISM IN WHITE AMERICA 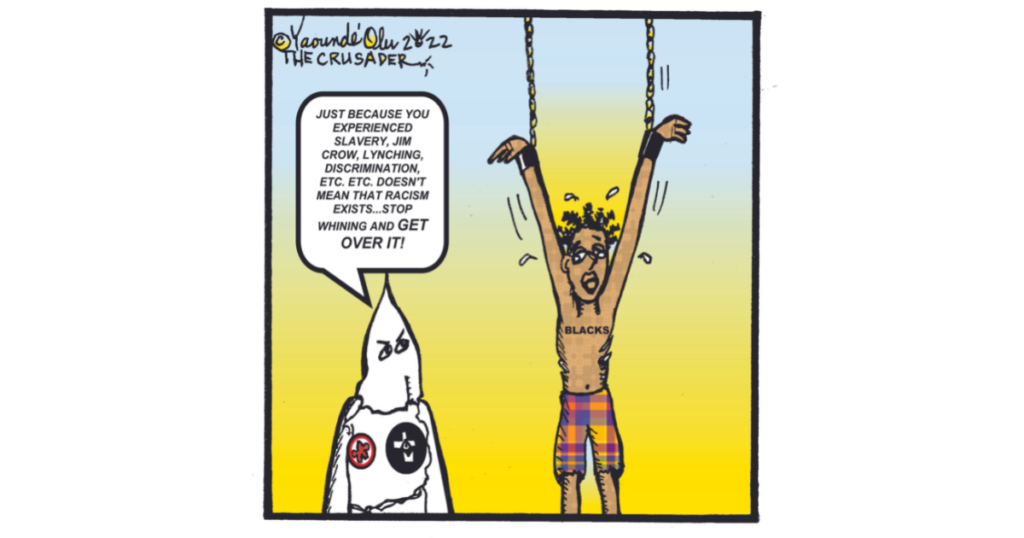 There is a growing, but invisible, problem in America. Essentially, a lot of white people are unaware of the race problem, or so they say. Black people, on the other hand, are all too familiar with race issues. The denial among many whites to acknowledge racial tension is probably partially due to a certain amount of latent guilt.

As we observe the move to ban books that highlight the race problems in America, it is clear that this strategy might lend itself to the creation of a cloak of invisibility around the maltreatment of Black people in America.

One of the avenues for the revelation of this problem is the unfortunate incarceration in Russia of the WNBA star Brittney Griner. She has been convicted to serve nine years in what is basically a Russian labor camp for having a small amount of marijuana in her luggage when she arrived in Russia. From most accounts, these camps are horrible and consign people to intense labor.

The hatred and vitriol that has come from white observers about her sentencing is astounding. Most of the antagonists are convinced that she is anti-American. They accuse her of a lack of patriotism, and think that she got what she deserved; many of the commenters have expressed a type of glee that she will be locked up for a long time!!!

In contrast, a white woman, Audrey Lorber, was caught not too long ago with a much larger amount of marijuana than Brittney had, but only served three months in a Russian jail and was then released. When this was pointed out to those who said that Brittney “got what she deserved,” there was a deafening silence.

Another situation that brought out the raging ignorance of many white people is connected with Elon Musk’s activities regarding his acquisition of Twitter.

Most people by now know that Musk is in the process of making far-reaching changes, especially those relating to personnel. Someone on Facebook posted a picture of Twitter employees in a certain department before layoffs. That photo had one visibly Black person in it, a woman.

The photo that showed the personnel in that department after layoffs was very revealing; the crowd was much smaller and there was not a single Black face in the group! It has been said that Musk’s motivation for acquiring Twitter was to ensure “free speech” and to guarantee “inclusion.” When someone said that the absence of Blacks in the department challenged the notion of inclusion, a firestorm of white rage resulted!

One of the things that some white people always say when issues of race are raised by Black people is that they are “tired of hearing about it.” They insist that slavery is over and say that Black people are “whiners” and need to “get over it!” They say that they didn’t own slaves and that there are no Black people alive today who experienced slavery. They are also puzzled as to why some Blacks are not super enthusiastic American patriots.

Essentially, many white people really do not believe that there is a race problem in America. It is invisible to them, even though the George Floyd situation was an example for all to see! They are convinced that the only reason the Black Lives Matter (BLM) movement exists is to ensure that a small group of Black people, funded by a white supporter, are able to fleece people; the inference is that the group exists to address a fictitious problem!

Interestingly, when the idea of race issues is raised, many white observers never talk about Jim Crow, or the fact that there are corporations today that played a huge role in the slave trade.

And when it is pointed out that Blacks have been discriminated against when it comes to employment, the not-so-subtle response is that they must not be qualified or that they are lazy! They harbor the belief that Black people are inferior, and that anyone who attains employment is only there because of affirmative action.

In conclusion, the movement among a certain group of right-wing whites to ban the teaching of race matters is creating a “blackout” of a white (racial) problem. They are trying to render the race problem invisible, which is seemingly very effective among a population that is already dumbed down.

Black people should resist this trend by keeping the issue of white oppression visible and reject the notion that the act of advocacy for equity is “whining.” A Luta Continua.