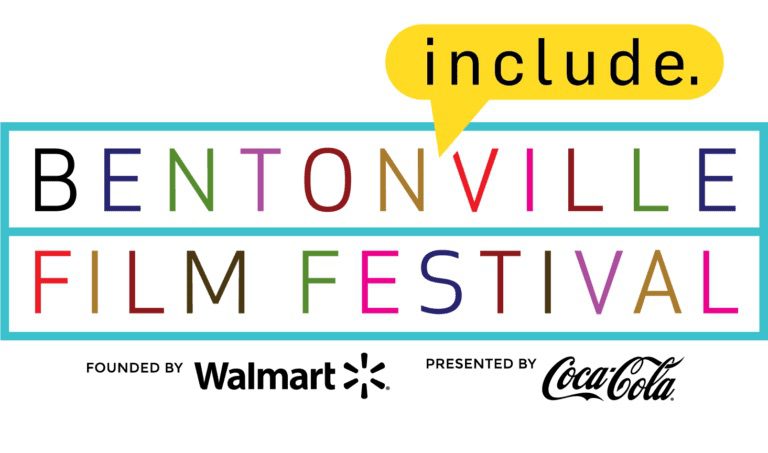 The Bentonville Film Foundation recently announced the narrative, documentary feature, short, and episodic film selections debuting in the 2021 Bentonville Film Festival’s competition program that began August 2. I was able to screen a few films virtually on behalf of the Crusader, and I have noted some below that are great reasons to look into the remaining days of this all-encompassing film fest that is helmed by “Thelma & Louise” star and Festival Chair, Academy Award® winner Geena Davis, and Academy Award®-winning screenwriter Callie Khouri.

I’m Fine (Thanks For Asking), U.S.A.(Directors: Kelley Kali, Angelique Molina, Writers: Kelley Kali, Angelique Molina, Roma Kong) In this exhilarating, poignant debut feature, Danny (played by co-director Kelley Kali in a star-making performance), a recently widowed woman barely makes ends meet by braiding hair and making deliveries on roller skates. Having convinced her 8-year-old daughter they are ‘camping out’ in a tent for fun (in a nod to “Life is Beautiful”) she manages to save enough money for a down payment on a new apartment. When a client is unable to pay her, she realizes that if she can’t raise $200 by day’s end, she will lose the apartment and have to admit to her daughter that they are actually “houseless.”

What follows is an intense, manic and frayed day until the final reckoning. In a world where we need more underrepresented voices telling their own stories, this movie hits the mark. Equal turns funny and heart wrenching, this is a soaring, urgent achievement that announces the co-directors, co-writers, and leading cast as major forces in a work that will have audiences cheering.

This is a sad but real film that shows what a determined single mother goes through to survive. It is co-directed by lead actress Kali, who plays Dani, and “Black-ish” actor and Chicago native Deon Cole serves as executive producer. Dani is not deterred when her hair appointments fall by the wayside. She just uses her skates to propel her into the world of food delivery, in order to gather up the rest of the money that she needs. I say it’s sad in the way that Dani is so bent on keeping her secret that she is struggling through her sense of poverty and her sense of bereavement—both at the same time through a wretchedly exhausting day. But—as with many strong and determined single mothers—she prevails in the end. This film is due for a more widespread release soon.

The Disappearance of Mrs. Wu, U.S.A. (Director Anna Chi). Aware that her time is running short, irascible Wu family matriarch Lily is eager to repair the strained relationship with her adult daughter Mary and help her shy 18-year-old granddaughter Emma find her voice.

As her final wish, she persuades longtime friend Charlotte (Joely Fisher), Emma and Emma’s best friend Karen (Tiffany Wu) to spring her from her L.A. nursing home and take a wild road trip up the California coast to a special place from her past. Along the way, long-held secrets are revealed and Mary and Emma each come to understand the painful choices their mothers made in this funny and touching multi-generational story about family, forgiveness and being true to oneself.

This film covers some heavy topics in a lighthearted way when needed—and in a serious tone when the film warrants it. Lily is absolutely sure that she doesn’t want to waste away in an assisted living facility, and this determination helps her find satisfaction toward the end of her life—not only in the freedom that she finds, but also in the way that she helps to bring her daughter and granddaughter closer together. The grandmother is finally assured that those two can live more fulfilling lives.

A couple of short films of interest include:

Americanized, (Director/Writer: Erica Eng). Growing up in Oakland’s hip-hop culture, Eng struggles with her Chinese American identity. To her high school basketball team, she’s just that girl who sits on the bench; but to the Asian kids, she’s “Americanized.” As her sophomore year of high school comes to an end, Eng tries to find a sense of belonging within the two worlds that don’t accept her.

Eng is all the way American, even though her mother would rather that she was more in tune with her Chinese roots. She loves basketball but doesn’t know enough about Chinese cuisine to even chat about it at the lunchroom table. Her need to assimilate into American ways may be the reason she is ostracized by her Chinese classmates, so naturally she found a place on the team and with her Black friends to make her feel more comfortable. But this affinity for the sport and the culture comes at a great price.

Cracked, (Director/Writer: Lin Que Ayoung). It’s the end of the summer of 1985 in Queens, New York City. Toya, a feisty young girl, falls in love for the first time. After a series of disturbing events, Toya’s affection for Poochy compels her to face her traumatic past.

This film, which was supported by the Spike Lee Production Fund, looks at addiction, young love and familiar family secrets—the type that so many young girls keep inside for so long until they are torn apart.

Message Read, which looks at the time between finality and earth (firth), is an eclectic take on the transition between death and the afterlife and how one is expected to give up worldly possessions. The High Life, Beta, Self Portrait and Boss Babes are among a wealth of other shorts that are offered at this virtual and in-person film festival.

For more information about the 2021 Bentonville Film Festival, visit bentonvillefilm.org and follow Bentonville.