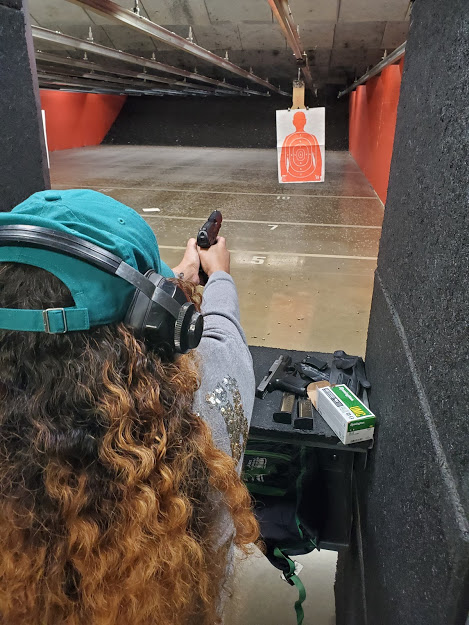 A record number of African Americans, especially Black women, applied for their Firearms Owner Identification card (FOID) and Concealed Carry License (CCL) in Illinois last year. As a result, the Illinois State Police (ISP), the agency responsible for vetting applicants, has been overwhelmed and unable to process the applications in the timely manner set forth by state law. As a result, the Illinois State Rifle Association along with the Second Amendment Foundation on March 9 filed a federal lawsuit over the delays.

The lawsuit comes after a record number of new gun owners filed applications for licenses in Illinois, according to the ISP.

The civil unrest following the murders of George Floyd and Breonna Taylor, along with the charged political climate while Donald Trump was in office, sent many Americans who had never owned a gun before, seeking a license to carry one.

According to State law, the Illinois State Police must issue applicants their FOID card in 90 days and their concealed carry permit in 120 days.

However, delays by ISP have many people waiting six months to a year to get their permits. The ISP says the problem is funding, staffing, and the need for ‘rigorous’ background checks.

The ISRA is not buying it and said it is poor planning by the ISP along with an overall lack of respect for gun rights in Illinois. The ISRA contends too many of these cases could mean life or death for some of the applicants, especially those women who may be trying to protect themselves in domestic violence situations.

“We hear every day from people frustrated with the delays in the Concealed Carry License process,” said Richard Pearson, ISRA executive director.

“The law gives the Illinois State Police a certain amount of time to respond to license applications and they routinely far exceed the allotted time. The delays are unacceptable and a lawsuit at this point seems to be the only way to get them stopped. Honest citizens should not have to wait excessive periods of time just to exercise their Constitutional rights.”

One of those honest citizens who experienced the wait firsthand was Chicago Attorney Chanda Rice. Rice already had a FOID card but decided to apply for a CCL in August of 2020 after Chicago saw a sharp increase in crime. She took a CCL class and immediately after completion paid the fee to the state and filled out the application. She did not receive her CCL until February, 2021.

“One thing my instructor said was that you could pay an extra fee to have your license expedited, so I’m curious as for those who paid that extra fee if they still had to wait like I did,” Rice said.

While she was waiting for her license to be processed, Rice was the victim of a carjacking in November, 2020. The thieves took her purse and keys. Chicago police recovered her belongings a short time later after the thieves had trouble operating her vehicle and abandoned it.

“If they (ISP) have a set deadline of when they are supposed to get people their license, they should be trying to meet that. I think it is particularly egregious in my case because I already had the FOID card, and I’m a licensed attorney so they could look up all of my information quickly,” Rice said.

“For a person who is not an officer of the court, it probably takes even longer than what it took for me. It puts people in dire straits.”

Through March 2, there were 348 carjackings in Chicago. That is more than double the tally at the same time last year, according to Chicago Police data. Superintendent David Brown said about 44 percent of the more than 300 people arrested on motor vehicle-related charges, including carjackings, have been juveniles.

Joe Stanford, owner of Stanmoor Sports Inc., the state’s first Black-owned gun range located in Bridgeview, IL, said the delays are particularly hard for the Black community. He said there have been so many new gun owners in the community, due to the events of 2020, people feel like they need to get their weapons now.

“People are genuinely scared,” Stanford said. “The carjackings, the political climate, the tough economy is all putting pressure on people and we are seeing violence.

“I have people who have come in and taken one of our classes and then contacted me four months later and say they still haven’t gotten their license. All I can do is explain to them that there is a backlog in the state and it is out of my hands.”

The lawsuit was filed in U.S. District Court for the Northern District of Illinois, Eastern Division, on behalf of Nicholas A. Luce, Joseph R. Stacho, III, David M. Rice and Jerry J. Robinson. They are represented by attorneys David G. Sigale of Wheaton, IL, and Gregory A. Bedell of Chicago. The lawsuit is known as Luce v. Kelly. Named as defendants are ISP Director Brendan F. Kelly and ISP Firearms Services Bureau Chief Jarod Ingebrigtsen, in their official capacities.

The ISP would not comment on the lawsuit itself but said they are trying to work through a backlog after an unprecedented number of applications came into their office. They said the work is tedious because they want to be sure not to issue a license to a person who should not have one.