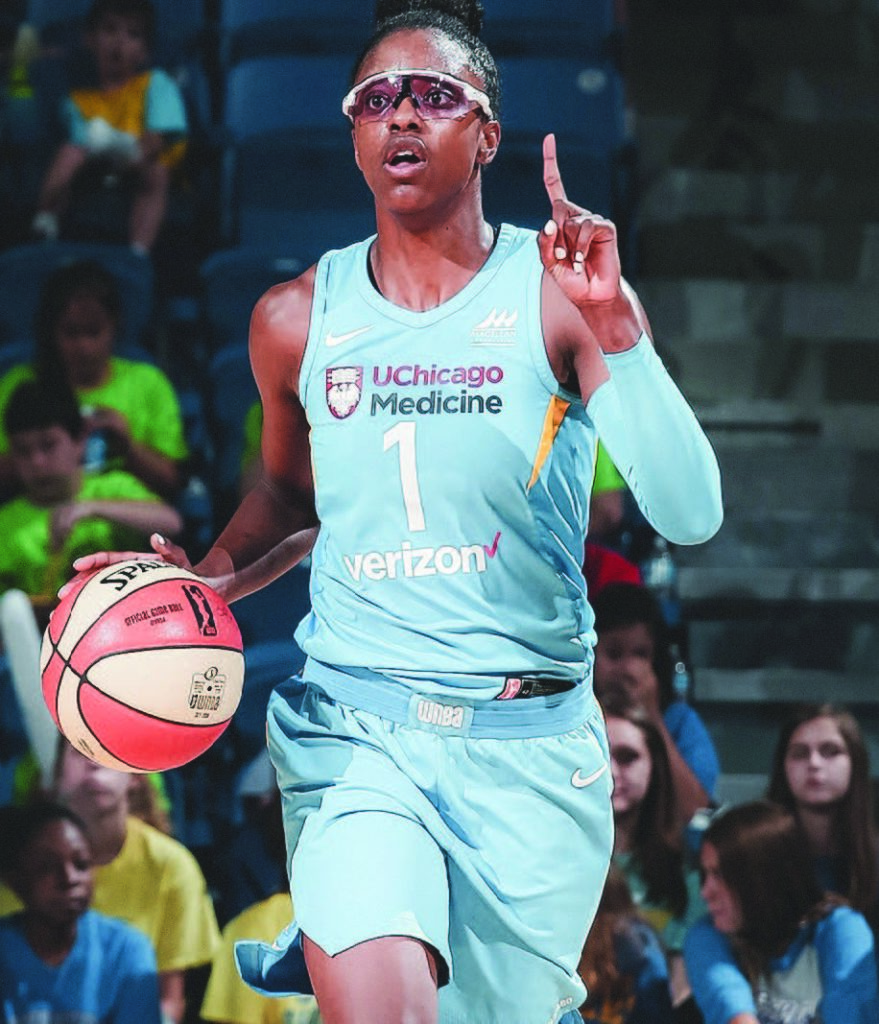 In the month of October, the WNBA named Chicago Sky’s point guard Diamond Deshields to its 2019 All-WNBA Second Team roster.

DeShields made her All-WNBA debut in her second season. The 2018 Number 3 overall selection became a WNBA All-Star for the first time this year, while going home champion of the 2019 Skills Competition.

“It’s super cool to be recognized as an All-WNBA team member,” DeShields said. “I know that this is an honor that most second-year players don’t get, so I am just truly grateful for my teammates, coaches, and the city of Chicago for providing an environment for me to thrive in. This league is full of incredibly talented players so I’m just happy to be recognized as one of them. Looking forward to the future, but definitely going to enjoy this.”

DeShields led the Sky in scoring with 16.2 points per game this season and celebrated her 1,000th WNBA career point after scoring a career-high 30 points on September 6 versus the Connecticut Sun.

Known as a “Diamond in a rough” on the offensive end of the floor, DeShields currently leads the WNBA in fast-break points with 3.8 per game.

“We are so proud of Diamond,” said James Wade, general manager and head coach. “All of the things that she’s accomplished since her rookie year, as far as being on the All-Star team and representing her country on the U.S. women’s senior national team –  this is just icing on the cake for her to be recognized as one of the top players in the league in her second year. We are thrilled for the years to come, to continue to see her growth and build on this successful campaign.”

Both DeShields and Sims made their All-WNBA debuts.

Voting for the All-WNBA First and Second Teams was conducted by a national panel of sportswriters and broadcasters at the conclusion of the regular season. Players were selected by position and received five points for each First Team vote and three points for each Second Team vote.

If a player received votes at multiple positions, she was slotted at the position where she received the most votes.