Rev. Jackson to join Father Pfleger in Silent March for Remembrance and Peace Put the guns down, save our children 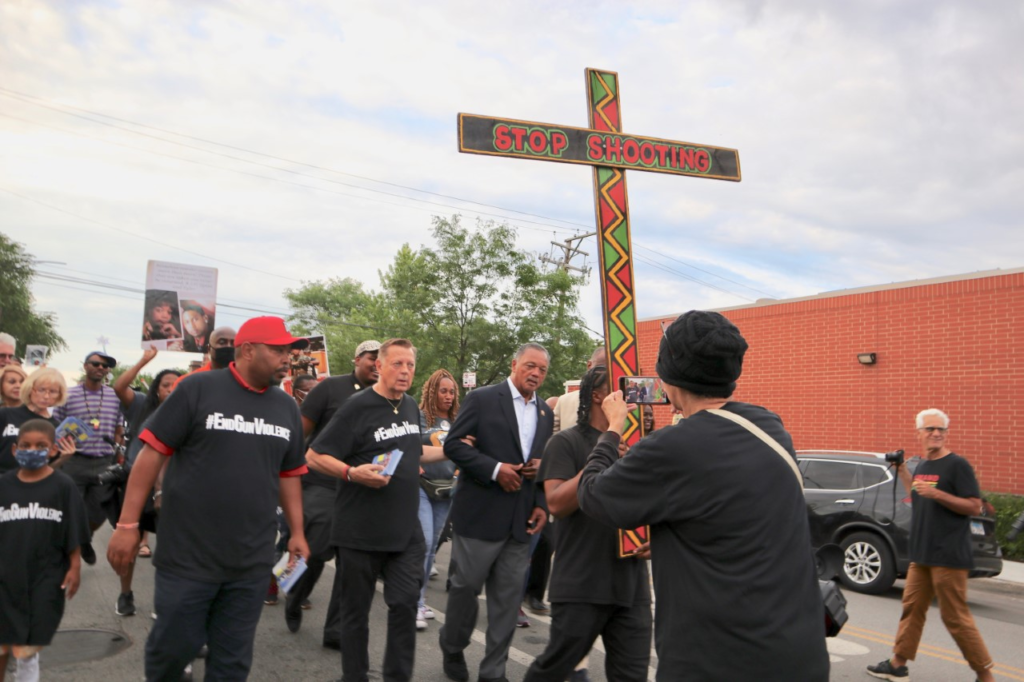 Rev. Jackson will join Father Pfleger, parents carrying pictures of their children who were victims of gun violence and supporters, at the Tribune Plaza. They will then march down Michigan Avenue in a united stand against gun violence.

The march is supported by the Rainbow PUSH Coalition, the Lincoln Park Presbyterian Church, Purpose Over Pain, and the Faith Community of Saint Sabina.