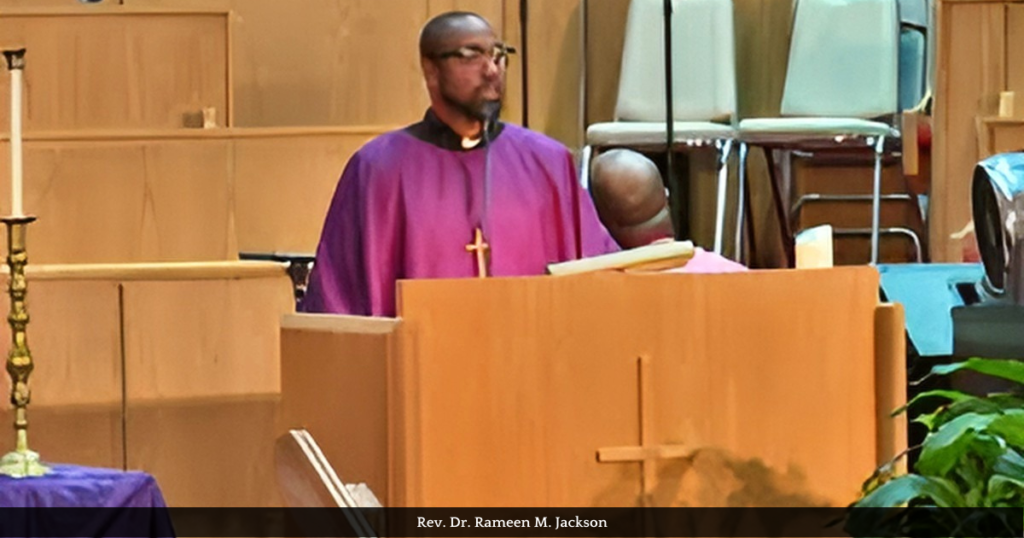 On Sunday, January 15th, the biological birthday of Rev. Dr. Martin Luther King, Jr., a Southern Baptist preacher, theologian, and disciple of Jesus Christ, who would have turned 94 years old had he lived were treated to inspirational and motivational words of wisdom at the Katie Hall Educational Foundation, Inc.’s “37th Anniversary Observance of the Dr. Martin Luther King, Jr. National Holiday Law” Program.

The Keynote Speaker for the Occasion, the Rev. Dr. Rameen M. Jackson of St. Timothy Community Church in Gary analyzed in depth the theme for the Foundation’s Program, “Dr. Martin Luther King, Jr.: His Life, Legacy, and Relevancy in 2023” with thought provoking and profoundly revealing words. Rev. Dr. Jackson began his Presentation with the major accomplishments of Dr. Martin Luther King, Jr.’s life beginning at the age of nine years of age, and continuing on with Dr. King’s unique educational accomplishment of attending Morehouse College at the tender age of 15. Rev. Dr. Jackson’s zenith during his discussion occurred with his pronouncement of Dr. King being called to preach at Dexter Avenue Baptist Church in Montgomery, Alabama at 26 years of age.

As a community focused Minister of the Gospel, Dr. King went on to lead the Montgomery Bus Boycott involving Mrs. Rosa Park’s act of civil disobedience in December of 1955 against cruel and strictly enforced unjust “Jim Crow” laws enacted across the American South during the Reconstruction period. Rev. Dr. Jackson went on to discuss Dr. King’s relevancy in 2023, by informing the audience attendees, “Today, many young adults do not know the career path that they are seeking in life, even at the age of 26” years of age.”

In another scenario directly involving himself – Rev. Dr. Jackson went on to describe the need for more love and respect for all people regardless of race, national origin, religious differences, and so on in 2023. He described to the audience attendees- a recent act of ignorance by three Caucasian (European American) youth while Rev. Dr. Jackson was participating in a Conference in Southern Indiana. As he was walking, Rev. Dr. Jackson revealed how these Caucasian youth yelled out of their automobile window calling him a “Nigger” in voices full of racial disdain for him, because of the ‘color of his skin’. According to Rev. Jackson, this was a clear and disturbing example of hate in violation of Rev. Dr. Martin Luther King, Jr.’s teachings of love for all of humanity, which still permeates in today’s America.

Among the other Program participants was Attorney Ken Iwama, Chancellor, Indiana University Northwest, who in his remarks highlighted the educational accomplishments of The Hall Family in attending Gary’s higher institution of learning. Therefore, earning a total of seven degrees from Indiana University Northwest. This is the Chancellor’s first time appearing and participating with one of the Katie Hall Educational Foundation’s Programs. Chancellor Iwama was invited to this historic event by Chief Legal Counsel, Deacon-Attorney John Henry Hall,Ed.D.,LL.M.

One of the highlights of the Program was presented by Attorney Haneefah Khaaliq, Director of the Gary Human Relations Commission, who gave a detailed analysis of “How The Dr. MLK, Jr. National Holiday Became Law- House of Representatives Bill 3706” to captive audience members. Attorney Khaaliq outlined H.R. 3706’s exclusive ‘federal legislative journey’ as authored and sponsored by U.S. Representative Katie Hall (D-IN-1) in the House of Representatives.

The year 2023, marks the Tenth Anniversary of the Katie Hall Educational Foundation, Inc. The Foundation’s theme for the year is “Celebrating Ten Years Of Service To Our World Community (2013-2023).”