‘Reparations’: Bruce’s Beach being sold back to L.A. County that seized it from Black family 99 years ago 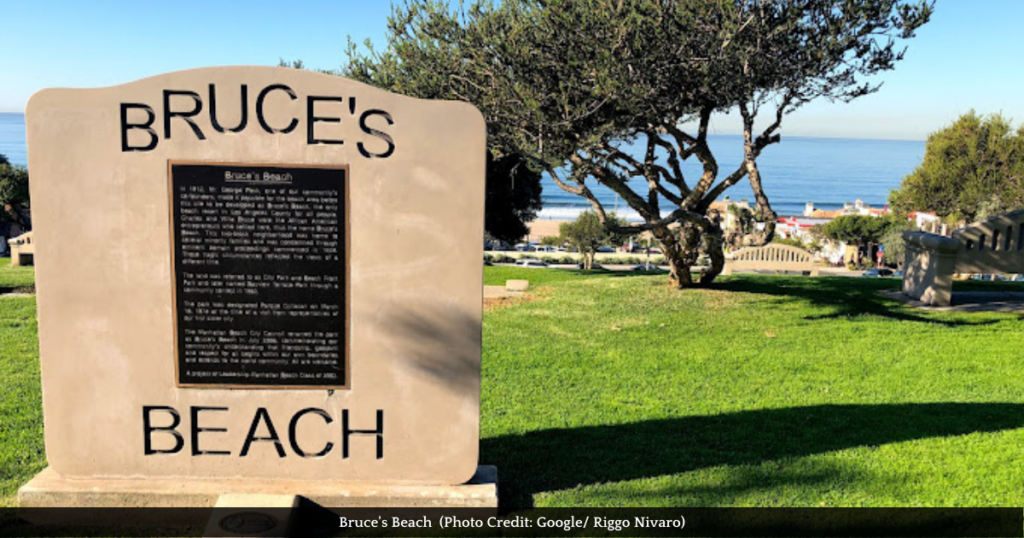 Less than one year after descendants of the Los Angeles’ Bruce family were given back the land initially seized from them by the city through eminent domain, the family is selling the land back to Los Angeles county for $20 million.

In a statement, LA County Supervisor Janice Hahn said the $20 million figure was the “estimated value of the property.”

The plot was initially owned by a wealthy Black family, Willa and Charles Bruce, who provided Black Angelenos a place to enjoy the oceanfront without harassment. In 1924, LA County seized the plot of land, located between 26th and 27th Streets in Manhattan Beach. After a three-year fight, the Bruces were ultimately forced off the property after city officials proclaimed a desire to build a park on the land but never delivered on such a move.

In the summer of 2021, the land was adequately returned to the Bruce family, who called the moment significant and a victory for all who have been “oppressed in this country.”

“It took all of us here, and all of us out there, standing toe to toe with racism and beating it down. Power to the right people,” Chief Duane Yellow Feather Shepard said.

Once the transfer was completed, the Bruce family stated they planned to lease the property back to the county with future consideration for an outright sale of the land.

The transfer agreement between the county and the Bruce family included a two-year lease agreement at $413,000 each year. It also had a potential sale of the property back to the county “within a certain timeframe … for a purchase price not to exceed $20 million.

“The purchase price has been confirmed by appraisals to be equivalent to or less than fair market value,” the agreement said.

Hahn was among many who campaigned for the land to be returned to the Bruce family beginning in 2020, citing it as a form of “reparations.” Hahn on Tuesday gave a statement to the Los Angeles Times expressing a similar sentiment.

“They feel what is best for them is selling this property back to the county for nearly $20 million and finally rebuilding the generational wealth they were denied for nearly a century,” Hahn said in a statement. “This is what reparations look like and it is a model that I hope governments across the country will follow.”