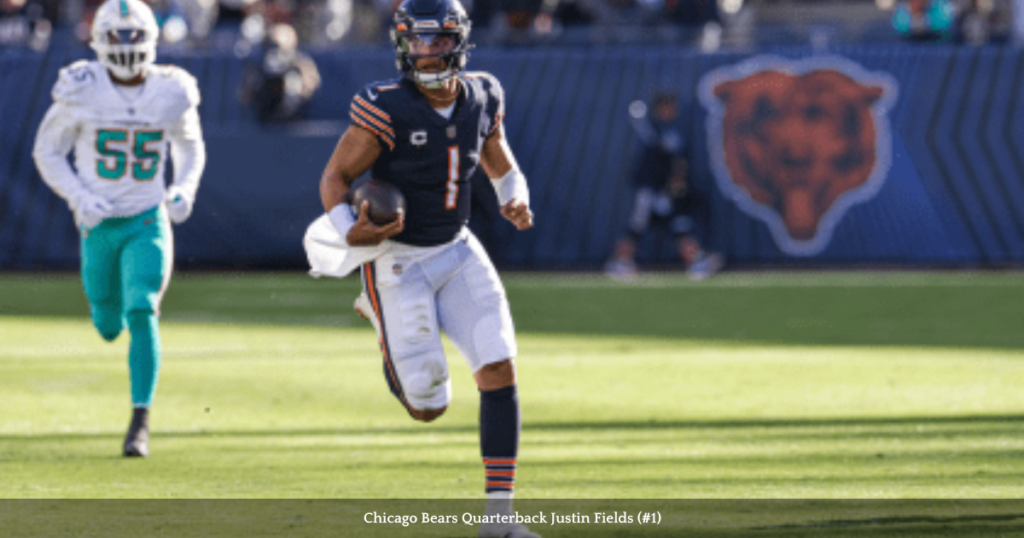 In spite of a record-breaking day by quarterback Justin Fields, the Chicago Bears fell to the Miami Dolphins 35-32, in Week 9 of the 2022 NFL season.

Fields had one of the best games of his career on Sunday, November 6, completing 17-of-28 passes for 123 passing yards and three touchdowns.

According to the Chicago Bears, Fields’ 178-yard rushing performance now stands as the highest rushing total by any NFL quarterback in a regular-season game in NFL history.

The Bears scored their second touchdown of the game after a 12-play, 75-yard drive, which was capped off by a 16-yard pass from Fields to Darnell Mooney (2:00). The touchdown reception was Mooney’s first of the season and the ninth of his career. Mooney led the team with seven receptions for 43 yards.

For Fields, it marked his eighth touchdown pass of the season, and he now has 15 in his career. This is also the second game of Fields’ career in which he’s thrown two or more touchdown passes in the first half. The last time he did so was Week 14 of last season at Green Bay on December 12, 2021.

Fields is the first player since at least 1950 to record 150 plus rushing yards and 3 plus passing touchdowns in a single game.