QB Tom Brady retires after 22 seasons in the NFL 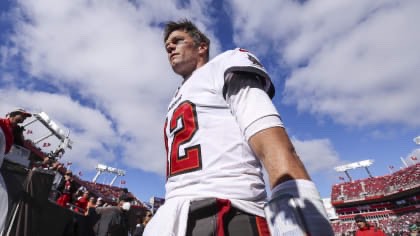 Known to some as arguably the greatest quarterback to ever live, quarterback Tom Brady will retire after playing 22 seasons in the NFL.

Brady officially announced his retirement on Tuesday, February 1 on Instagram.

On Saturday, January 29, Brady’s retirement was reported in a story by ESPN.

According to ESPN, Brady’s agent Don Yee, deferred any comment on the quarterback’s future to Brady himself.

“I understand the advance speculation about Tom’s future,” Yee said in a statement. “Without getting into the accuracy or inaccuracy of what’s being reported, Tom will be the only person to express his plans with complete accuracy. He knows the realities of the football business and planning calendar as well as anybody, so that should be soon.”

A retirement press conference has yet to be announced.

Brady’s bio states he spent his first 20 seasons with the New England Patriots, where he was a central contributor to the franchise dynasty from 2001 to 2019.

Out of the University of Michigan, Brady holds many career quarterback records, including passing yards, completions, touchdown passes, and games started, in addition to the most Pro Bowl selections.

Brady is the only NFL quarterback named to two all-decade teams (2000s and 2010s) and was unanimously named to the 100th Anniversary All-Time Team in 2019, according to his bio.

In spite of his dominant numbers, Brady was also a part of two cheating scandals during his legendary NFL career with his former team, the New England Patriots.

The first scandal, Spygate, where Brady and the Patriots were busted for cheating for video recording the opposing team’s signals, they only received a smack on the wrist from the league’s office. The second, Deflategate, where Brady acted alone, alleged he paid several ball boys to take the air out of the football to have a better grip and a better advantage.