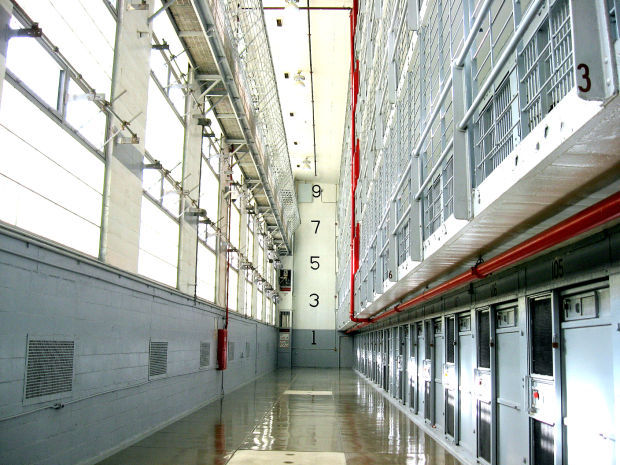 Rainbow PUSH Coalition National Field Director, Bishop Tavis Grant, Wednesday, May 12, called for a new trial and a special prosecutor for 29-year-old Steven Douglas who has served a total of eight years of a 55-year sentence for a murder he never committed.

Saying the Douglas case is one more example of how African-American men in particular have been targeted and unjustly convicted, Grant said, “While Steven is sitting in prison innocent, those who have participated in his incarceration operate under the guise that they’ve done what is just and right by the commonwealth, but nothing could be furthest from the truth.”

“We must take a case like this and magnify it to its greatest degree, so that people will not have family members taken from them, not have their lives disrupted and in many instances damaged beyond repair,” Grant said. “The egregious aspect of the prosecution and the police and evidence as such drives home a need for us to fight even more vigorously to rid the justice system of this cancer.”

He said these tactics “take both life and well-being and injure people in ways that even through civil litigation they cannot recover. There should be a new trial, and a special prosecutor assigned to this case to ensure that all the evidence gets out.”

“Those who have participated in this wrongful conviction must be held accountable both from the bench to the office of the prosecutor,” Grant said.

It’s been hell for Douglas who left the University of Georgia where he hoped to get his degree in criminal law justice, went home to take care of his ailing mother only to land up in jail, then prison, for eight years and counting on a murder charge that happened miles from where he was playing basketball.

In an interview from Menard Prison, Douglas, who had never been arrested before, and his aunt, Octavia Towns-el, pleaded for help.  Working two jobs to pay for her nephew’s legal fees, Towns-el said she’s been “burned” by one lawyer who failed to represent her nephew.

Towns-el initially hired attorney Frank Kostouros, but Douglas said, “He let me down. He lied. He sold me out. He didn’t put up a fight.” Towns-el agreed adding, “When the state rested its case so did Frank. He didn’t fight for us.”

She has hired another lawyer, James F. DiQuattro, who has filed an appeal to the Appellate Court of the State of Illinois, First Judicial District. On Friday, May 14, 2021, he filed a response to the court.

When Douglas left the University of Georgia and came back home to care for his mother who has multiple sclerosis, his nightmare began.

On August 30, 2013, a number of people, allegedly gang members, beat and stomped Rico Lawrence, 33, an alleged documented gang member, who was also shot to death in the 5100 block of South Winchester. “It’s amazing that all those people stomped, beat and shot Rico but not one was arrested,” Towns-el said shaking her head.

A year after Lawrence’s murder, she said 51st Street detectives took Douglas to the station for questioning, and he never came back home. Towns-el worked two jobs to pay Attorney Kostouros to free her nephew.

“He didn’t challenge the many lies the gangbangers told under oath, and he allowed an ex-felon to remain on the jury.”

“Frank didn’t challenge Juror Number 19 who was a convicted felon,” Towns-el said. She was referring to attorney DiQuattro’s brief, submitted to the Appellate Court, that said Kostorous “failed to strike Juror Number 19, Dora Masterson-Leal, who failed to disclose a conviction for felony theft in 2003 where it was indicated that she received three years’ probation.”

In his appeal, Attorney DiQuattro wrote, “Attorney Kostorous was ineffective as he failed to strike a juror who failed to disclose a felony conviction for a crime of dishonesty.”

“To make this omission more perplexing, Attorney Kostorous moved to strike a juror who failed to disclose multiple arrests and convictions where he argued the basis for striking that juror was completely untruthful,” DiQuattro said. Kostorous accepted the jury panel including Juror 19—an act DiQuattro said “resulted in a non-impartial biased jury.”

And, when the assistant state’s attorney asked Kostorous if he recalled Juror Number 19 and the discussion about her criminal background, he responded that he “did not recall any of the jurors in that case” and said Douglas didn’t have any problems with the jurors. “That’s not true,” said Towns-el. “How you going to allow a convicted felon to be on a jury?”

During the trial, the State called 10 witnesses including five civilians, Kadijah Winters, Rolanda Harvest, Chantel Johnson, Melvin Reed and Rashad Barr. Each contradicted their own statements, but Kostorous failed to challenge them.

In a sworn notarized statement, Eric Frazier said he was with Douglas the day Lawrence was murdered.

Winters recanted her testimony and in a sworn statement said Douglas, who is her cousin, “was falsely accused. I was interrogated by the CPD detectives. They was being very mean. They was kicking, threatening, intimidating me and broke my sandal as they was pushing (me) into the cell and calling (me) bad names and telling me they was going to take my son. I was very scared.”

“I was young at the time and didn’t know my law. I was only thinking about my son and blamed it (the murder) on my cousin. They didn’t let me talk at that point. I didn’t know what to do. They kept telling me I’m a liar and forced me to say that my cousin did it. And I said what they wanted to hear because they was saying I was going to jail,” wrote Winters.

Also called to testify were three members of the Chicago Police department, Detectives Tom Vovos, Daniel Kinezle and Sgt. Robert Garza According to the Chicago Reader’s “Settling For Misconduct” file, the City Of Chicago paid out $1,335,000 in payments for Vovos’ misconduct.

Vovos and other officers “manipulated, coached, threatened or coerced witnesses to implicate Jan Booker,” charged with murdering a man in 2006. All of the detectives denied they forced witnesses to lie on Douglas.

But, upon cross examination, Reed, who was serving a sentence in the Wisconsin Department of Corrections for a parole violation and a gun charge, admitted he did not see the shooting of Lawrence.

Reed also admitted “that he gave up a tale and told the police a story about Steven and that his motive was to get out of the gun charge” in exchange for testifying against Douglas.

In the Appellate brief, it states that Kostourous’ “performance fell under the objective standard of reasonableness by failing to call the police officer that authored the police report that indicated that Rashad Barr was an active participant in the beating and stomping of Rico Lawrence.”

Kostourous was also criticized for failing to impeach Sgt. Garza, whose answers “were evasive” and who said he couldn’t remember various aspects of the police reports.

In numerous cases, Kostorous failed to challenge the lies and contradictions by witnesses, including the testimony by Melvin Reed who claimed he saw blood on Douglas’ jogging pants at the time of the murder. Reed had already testified he had no knowledge of the shooting.

Although Judge Thomas Gainer had ruled there would be no reference to gangs, Kostourous made no effort to object to the witness’ use of one of the gangs involved in the murder incident. “The gang reference was prejudicial to the defendant,” DiQuattro said, referring to Douglas.

The appeal stated that, “the cumulative errors that occurred in this case demand a new trial. It is clear the defendant was denied a right to a fair trial in this case.

“Reasonable doubt existed at trial, and Attorney Kostorous rendered ineffective assistance by failing to call certain witnesses, failing to object to certain testimony at trial and gang evidence elicited at trial,” the brief stated. “The State failed to prove beyond a reasonable doubt that Mr. Douglas was guilty of the offense of First Degree Murder.”

And the brief stated that the State’s witnesses “were inconsistent, contradictory and incredible. And that the State failed to prove that Douglas was the person who shot and killed Lawrence.”

DiQuattro is asking the judge to reverse the guilty sentence and enter an acquittal or a new trial.

But, even though there have been several notarized recantations, and Towns-el has gotten another lawyer, she said, Judge Stephenson “told us if we appeal and come before her, she will deny our appeal.”

“How can she do that”? Asked Towns-el, “with all of the legal errors, the 51st Street detectives waiting a year after the murder of Rico Lawrence, a gangbanger, then came and got my nephew for questioning, and he never came back home,” she said.

Towns-el was referring to the arrest of Douglas for the murder of Lawrence. A jury found Douglas guilty of six counts of First-Degree murder in the shooting death of Lawrence. The State proceeded on four counts. Judge Stephenson sentenced Douglas to 55 years, although 45 was the maximum.

“I don’t understand how she could do that,” Towns-el said. “This judge ran many times but was never assigned to her own courtroom until a Black judge, Raymond Myles, was killed in front of his home. She was appointed to his seat, but she told us she would deny any appeal for my nephew. Is that fair?”

“How can she do that?” asked Towns-el, “when she found the three Chicago policemen not guilty of covering up Officer Jason Van Dyke who shot Laquan McDonald? My nephew never murdered anyone.”

“At the time of the murder, he was five or six blocks away playing basketball. The police waited a whole year to come for Steven and only after they got gangbangers from jail—one from Wisconsin, the other from the Cook County Jail—to lie on Steven,” Towns-el said, tears filling her eyes.

“This case has been a nightmare for us,” she said. “It was initially assigned to Judge Thomas Gainer then transferred to Stephenson, and our lives have never been the same. The 51st and Wentworth detectives got prisoners from a Wisconsin prison to testify against Steven and another one from the Cook County Jail.

“Both of them had cases against them and admitted in court they cooperated with the detectives to either get their cases thrown out or reduced, and then you had Juror Number 19. How are you going to have an ex-felon on the jury? All I want is justice for Steven,” she said.

All her new attorney wants is for the judge to be fair and reverse the guilty verdict and enter an acquittal or remand for a new trial.