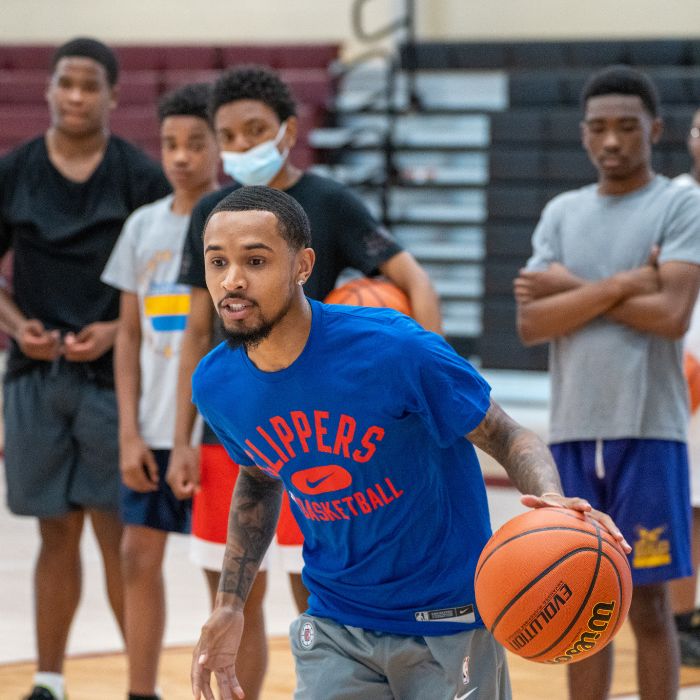 Tim Barnes believes in pursuing his dreams, a lesson he learned at his high school.

A native of Matteson, Illinois and a 2016 graduate of Southland College Prep Charter High School in Richton Park, Barnes is pursuing a professional basketball career.

Standing five feet nine inches tall and 140 pounds, many have said that a career in the NBA is an impossible dream but it hasn’t stopped Barnes who currently plays professionally with the Lowen Braunschweig team in Hamburg, Germany.

Recently, he was named Most Valuable Player in the Universal Basketball Union, the first player on the Hamburg team to win the award and the youngest since 2015. This past season, Barnes led the league with eight 30+ point games, three 40+ point games and one career-high performance of 45 points.

This summer, Barnes had workouts with three NBA teams– the Indiana Pacers, the Los Angeles Clippers and the New York Knicks.

But last week and this week, Barnes has been working out with high school students at his alma mater, giving back to the place that started him on his road to success. 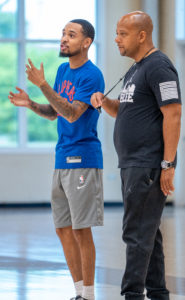 “It’s always important for me to give back to the community,” Barnes said. “Growing up, I didn’t have someone to look up to that was from the area and was doing big things. I just want to be that example for the kids and be that guide that they can reach out to if they need help.”

Barnes is also committed to helping fund mental health research, committing $5000 of his MVP bonus to the National Alliance on Mental Illness for research, believing that mental health is an area that many people struggle with but “don’t say anything,” Barnes said.

Barnes credits much of his success in basketball to Southland which was a new charter school that was only a few years old when he walked through the doors as a freshman. He credits Southland for giving him a chance to play ball as a freshman and be a leader, when he didn’t even make the team his eighth-grade year of middle school.

“I can never fully repay all that they’ve given to me,” Barnes said.

But he has tried. In 2020 Barnes established a scholarship that is given to a Southland student-athlete every year and last year Barnes bought uniforms for the varsity boys basketball team and flew in from Armenia, where he was playing at the time, to support the team in their first home game in their new field house. When Barnes was attending the school, the place where the state-of-the-art gym facility now stands was a parking lot.

“It’s a big thing for me to see the growth and progress,” Barnes said. “It’s great to see how invested the school is in the students both athletically and academically.”

“He really cares about the kids and he knows the game,” Thomas said. “He is a professional and the kids listen to him. They can identify with him because he came from here.”