Pritzker willing to call out National Guard to Chicago, if asked 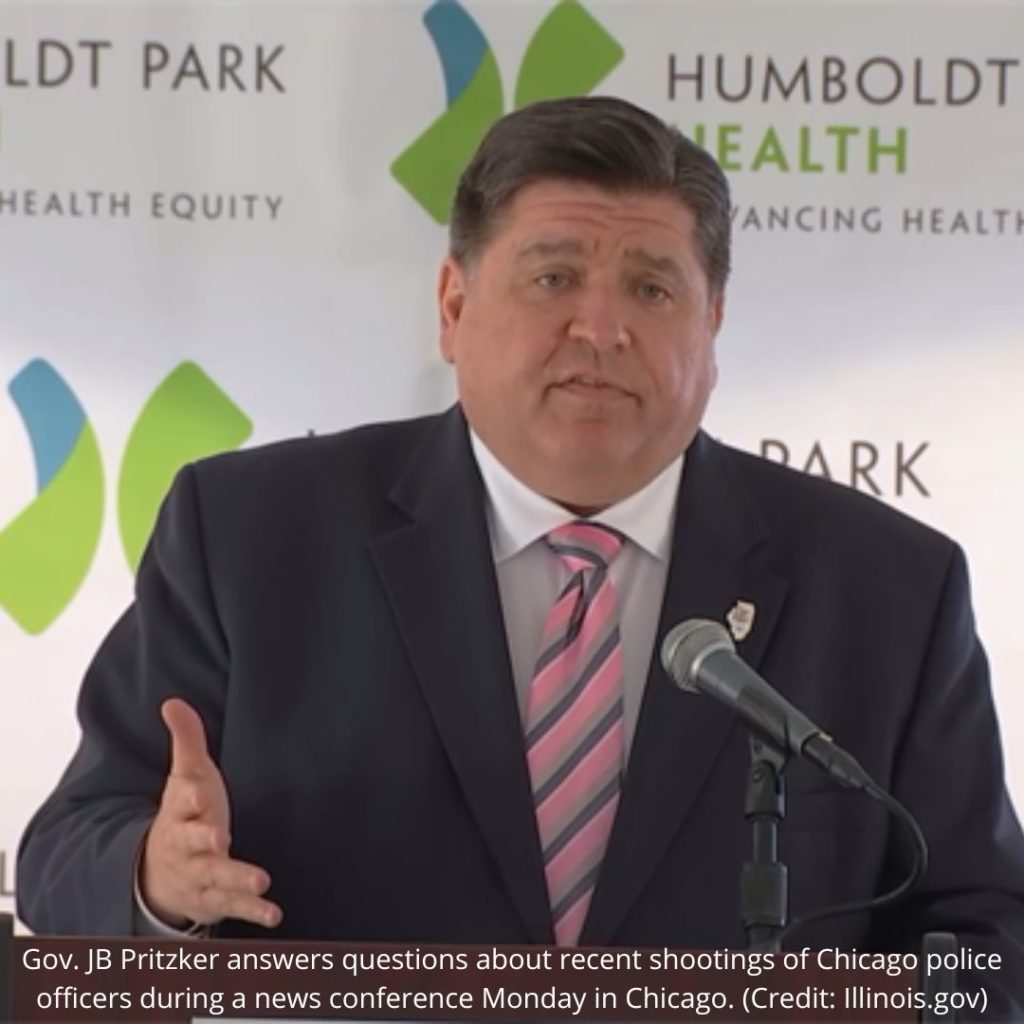 Gov. JB Pritzker indicated Monday, June 6, he would be willing to deploy the National Guard to help deal with a violent crime spree in Chicago, but only if he’s asked to do so.

“Well, I think you know that I have called up the National Guard whenever local mayors that I’ve spoken to have wanted that done, have needed that done in their local communities,” Pritzker said at a Monday morning news conference. “And I’ll continue to make the National Guard available whenever it is necessary.”

His comments came when reporters asked him to respond to a statement from Republican gubernatorial candidate Jesse Sullivan, who called on the Democratic incumbent to issue a disaster declaration in Chicago and deploy the National Guard to help quell the city’s violence.

“Somehow, 28 months in (to the pandemic), JB Pritzker is still signing monthly COVID disaster proclamations, but he is unwilling or unable to act on an even more pressing crisis – the senseless violence ravaging the streets of Chicago,” Sullivan, a venture capitalist from Petersburg, said in a statement. “If Pritzker says that COVID is still an emergency but police shootings aren’t, he needs to open his eyes.”

Sullivan’s statement came after two Chicago police officers and a deputy U.S. marshal were shot and wounded in the city in less than a week.

According to the Chicago Tribune, the most recent shooting of an officer happened Sunday afternoonin the Englewood neighborhood on the city’s south side where an officer was shot and wounded during a brief exchange of gunfire following a traffic stop.

According to statistics from the Chicago Police Department, as of Monday there had been 232 murders in the city so far this year and 952 shooting incidents. And while those numbers are down from the same period last year, the overall rate of major crimes in the city is up 35 percent.

“Let me say again, every single day, on every watch, our brave men and women of the Chicago Police Department risk their lives for our safety,” she said. “But I must ask again, when is enough, enough? Are we not fed up with the catastrophic consequences of having too many illegal guns readily available to criminals, the mentally ill, and juveniles? How many times must I, and my fellow mayors across the country, plead with the Senate to take action and end the easy access to illegal guns?”

The crime rate in Illinois, and Chicago in particular, has become a major issue in this year’s race for governor where Pritzker is campaigning for reelection against a field of Republicans who have been critical of his record on public safety. Republicans will choose their candidate in the June 28 primary.

Most notably, GOP candidates have criticized him for signing the 2021 criminal justice reform bill known as the Safety, Accountability, Fairness and Equity-Today, or SAFE-T Act, which, among other things, ends the use of cash bail starting Jan. 1, 2023, expands the rights of people held in jail or detained by law enforcement, establishes new certification and decertification standards for officers, imposes new use-of-force standards and expands the use of police body cameras.

Even though many provisions of that law have not yet taken effect, Republicans have nevertheless tried to blame it for the rising crime rate and for a large number of resignations and early retirements of law enforcement officers throughout the state.

But speaking at another media event Monday in Chicago, Pritzker defended his record in supporting law enforcement.

“I want to remind you that we’ve made major investments in support of police, in particular in building back our Illinois State Police, which provides so many officers to back up Chicago Police Department, as well as police departments all over our state,” he said.

Pritzker went on to say that he also has called out National Guard forces whenever he was asked to do so by local officials, including the city of Aurora after being asked to do so by its mayor, Richard Irvin, who is also a Republican candidate for governor.

“And I will tell you that I have never hesitated when asked by local law enforcement by local mayors to provide help from the National Guard,” he said. “I’ve never, ever hesitated to do that. I’ve done that several times.”