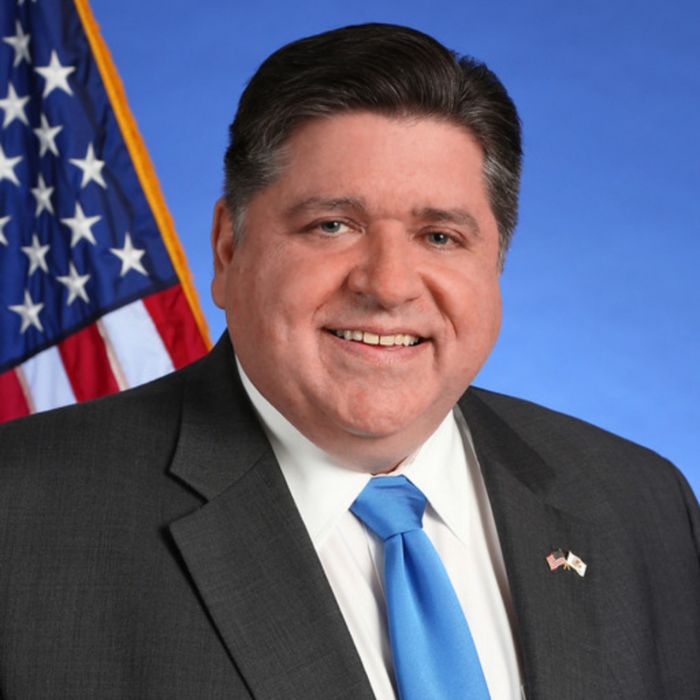 In the wake of a July 4 mass shooting in Highland Park that left seven people dead and dozens more injured, Gov. JB Pritzker is calling for a ban at both the state and national levels on military-style assault rifles and high-capacity magazines.

The governor made those calls on national cable television and at the White House in recent days.

“While I support an assault weapon and high-capacity magazine ban at the state level, we urgently need federal regulation on the weapons of war and high-capacity magazines that are used only for mass murder,” Pritzker said in a statement released last week. “Illinois is not an island, and even with some of the strictest gun laws in the nation, our state is only as safe as the state with the weakest laws — many of which border Illinois.”

The weapon used in the Highland Park shooting has been identified as a Smith and Wesson M&P 15, a semi-automatic rifle that holds 30-round magazines of 5.56mm ammunition. The alleged shooter, Robert Crimo III, reportedly used three such magazines during his attack on a Fourth of July parade, firing off more than 80 shots in a matter of just a few minutes.

Although the letters “M&P” stand for “Military & Police,” it and others like it have been widely available to civilians at sporting goods stores throughout the country.

The weapon used in Highland Park is also similar to guns used in other recent mass shootings, including the May 24 shooting at an elementary school in Uvalde, Texas, that left 19 children and two teachers dead, and the May 14 shooting at a Buffalo, New York, grocery store that killed 10 people.

All those weapons are modeled after the Colt AR-15, a semi-automatic version of a rifle originally designed for the military.

On Monday, July 11, Pritzker and Highland Park Mayor Nancy Rotering were at the White House for an event with President Joe Biden marking the recent signing of the Safer Communities Act, the first significant federal law addressing gun violence in nearly 30 years.

“We had a number of conversations immediately after the attack in Highland Park and I’ve been impressed with the way they’ve handled things. It’s been extraordinary,” Biden said. “And as the three of us have discussed, we have more to do.”

Later in the day, Pritzker appeared on CNN’s “State of the Union,” and he repeated his call for additional measures to control gun violence.

“I think that there are probably three things that need to be looked at here: One is changing some of the verbiage in the law on red flags so that something could have been filed that would have prevented the FOID card from being issued. That’s one,” he said. “Two is that we need to ban assault weapons, not just in the state of Illinois, but nationally. And then third, high-capacity magazines.”

A bill pending in the General Assembly would make it a felony to buy or sell assault-style rifles and high-capacity magazines. House Bill 5522, by Rep. Maura Hirschauer, D-Batavia, would also require existing owners of such weapons to register them with the Illinois State Police, and it would prohibit those owners from selling them in-state to anyone but a federally licensed firearms dealer.

Hirschauer, a first-term lawmaker and organizer of a local chapter of Moms Demand Action for Gun Sense in America, introduced the bill in January, but it was never considered in a substantive committee. Since the July 4 mass shooting in Highland Park, however, 50 more lawmakers, all Democrats, have signed on as cosponsors.

“I think that my colleagues have been moved by the tragedy in Highland Park, but also moved by the gun violence that affects the entire state, and constituents all over Illinois have been reaching out to their state representatives and state senators, telling them how important this bill is,” Hirschauer said during a phone interview.

Gun rights advocates, on the other hand, argue that eliminating one type of gun from society will not address the underlying causes of gun violence.

“We certainly understand the emotional response of anti-gun politicians in light of the evil and violence the world witnessed in Highland Park … just like the equivalent of 47 Highland Park shootings that have taken place in the city of Chicago year to date,” Richard Pearson, director of the Illinois State Rifle Association, said in an email. “Evil and violence do not lie in an inanimate object but in the hearts of people. At some point politicians must tackle the “Why” of violence instead of the easy way out by trying to ban inanimate objects.”

Lawmakers had planned to convene a special session this summer, primarily to respond to the U.S. Supreme Court’s decision striking down a constitutional right to abortion. Before the Highland Park shooting, however, those plans were put on hold and no special session has yet been scheduled.

The next scheduled meeting of the General Assembly is Nov. 15 when the regular fall veto session convenes.