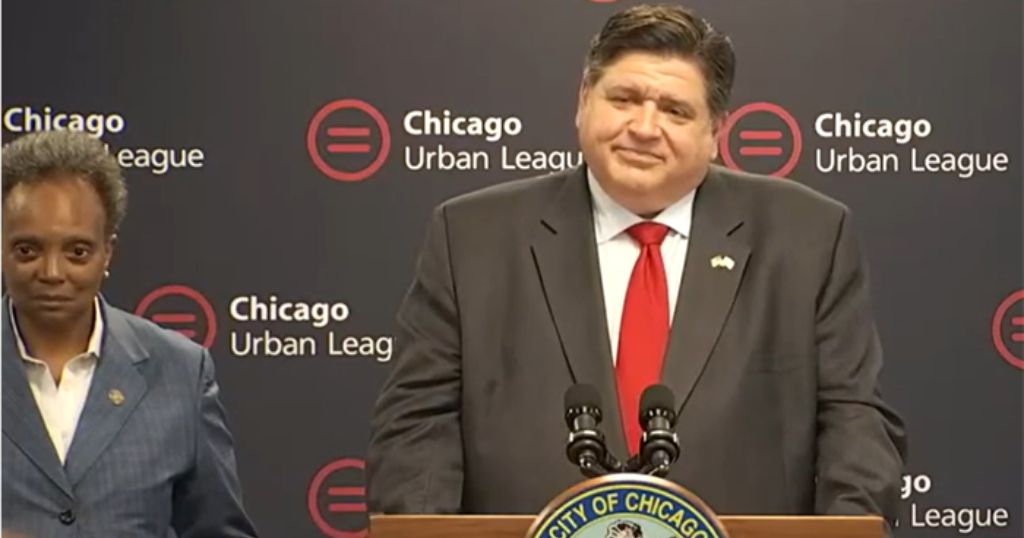 Eli Lilly says it will look to expand outside Hoosier State

Democratic Gov. JB Pritzker said this week that he is actively reaching out to businesses in Indiana and other states that have recently passed restrictive abortion laws in hopes of luring those companies to Illinois.

“Well, already I’ve reached out to companies that are affected in Indiana. I want to make sure that they know that they’re welcome in Illinois, any expansion that they may be looking to do, that we welcome their employees,” Pritzker said at a Monday news conference.

His comments came just days after Indiana Gov. Eric Holcomb, a Republican, signed into law a near-total ban on abortions in that state, making Indiana the first state to enact a new law restricting abortion since the U.S. Supreme Court in June overturned the landmark 1973 decision in Roe v. Wade which had previously legalized abortion nationwide.

Indiana’s new law bans the procedure except in cases of rape, incest, fatal fetal anomalies or when the pregnant person’s life is at risk.

The day after Holcomb signed that bill, pharmaceutical giant Eli Lilly and Company, one of the state’s largest employers, issued a statement saying it would look to expand its workforce outside of its home state.

“We are concerned that this law will hinder Lilly’s – and Indiana’s – ability to attract diverse scientific, engineering and business talent from around the world,” the company said. “While we have expanded our employee health plan coverage to include travel for reproductive services unavailable locally, that may not be enough for some current and potential employees.”

That statement helped highlight the growing fallout from the Supreme Court’s decision in Dobbs v. Jackson Women’s Health Organization, the decision that overturned Roe, exposing both the political and economic consequences of the ruling.

According to the Guttmacher Institute, a research and policy organization that supports abortion rights, Illinois is one of only a handful of states – and the only state in the Midwest – with laws specifically protecting access to abortion services.

But on Tuesday, Aug. 2, voters in the conservative state of Kansas overwhelmingly rejected a proposed constitutional amendment that would have given their state legislature broad power to enact abortion restrictions, a response to a 2019 state supreme court ruling that found the state’s constitution protected abortion rights.

In Illinois, Pritzker has worked with abortion rights advocates to expand access to the procedure, even promoting the state’s more permissive laws to encourage patients from other states to travel here for services.

On Thursday, Aug. 4, Pritzker announced the state would increase its Medicaid reimbursement rate for abortion services by 20 percent, effective Sept. 1, as a way to provide increased resources to abortion providers who are seeing increased patient loads due to women coming to Illinois from other states.

“Illinois abortion providers have been working overtime since the Supreme Court overturned Roe v. Wade,” Pritzker said in a statement announcing the change. “They need support as they take on this new burden on the frontlines of this fight. Supporting them with reimbursement increases allows them to focus on their important work without worrying about rising costs of supplies and services.”

That move drew a sharp rebuke from Illinois Right to Life, a group that opposes to abortion rights, which called the action an “incredible misuse of funds by the government in Illinois.”

“Like most Illinois abortion law, this increase in taxpayer-funding of abortion is in direct opposition to what a majority of Americans believe about the issue,” the group’s executive director Amy Gehrke said in a statement.

Pritzker has also tried to make abortion rights a central issue in his campaign for reelection to a second term, contrasting his support for those rights with the views of the Republican candidate, state Sen. Darren Bailey, of Xenia, who in 2017 compared abortion in the United States to the Nazi Holocaust.

“The attempted extermination of the Jews of World War II doesn’t even compare on a shadow of the life that has been lost with abortion since its legalization,” Bailey said in a video statement at the time.

Other Illinois Republicans have distanced themselves from such remarks while still endorsing Bailey for governor. State Rep. Tom Demmer, of Dixon, the GOP candidate for state treasurer, said during a Tuesday news conference that he doesn’t want abortion to be a major issue in the election.

“You know, we’re talking about, again, some of the things that Illinois Republicans have fought for – fair maps, term limits, rejecting (the) graduated (income) tax. These are things that have widespread bipartisan support,” he said. “These are the kinds of things we’re going to fight for and build a majority coalition around.”