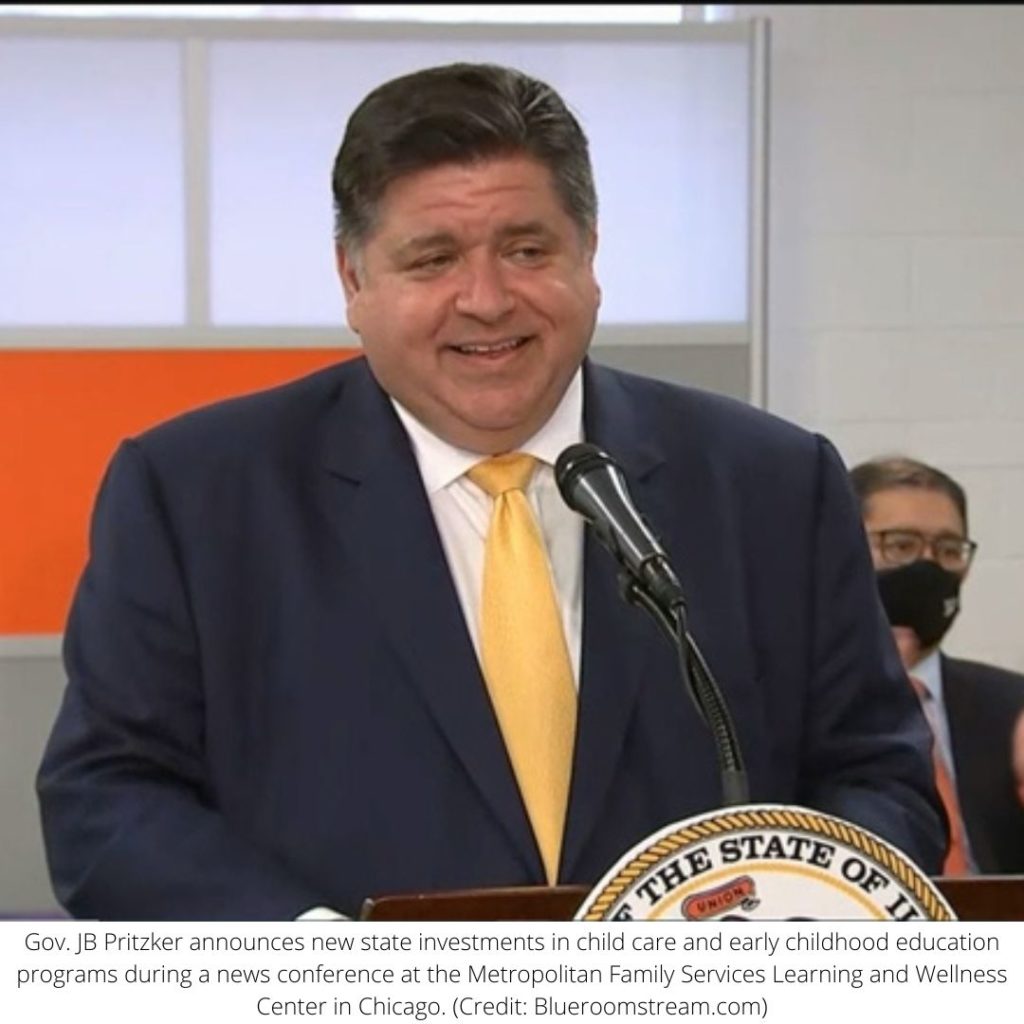 Thousands more families in Illinois will soon be eligible for subsidized child care and child care providers will see a pay raise under a series of initiatives that Gov. JB Pritzker announced Thursday, June 9.

Starting July 1, the state will invest more than $175 million in additional funding for child care and early childhood education.

Speaking at an early learning center in Chicago, Pritzker said the initiatives are meant to ease the burden for working families to find affordable child care while also making it easier for those providers to stay in business.

“Once upon a time, Illinois state government was known for hollowing out its vital public services. No longer,” Pritzker said. “When our youngest families succeed, our whole state reaps the benefits. That’s the Illinois that our residents deserve and together, we’re making it happen.”

Starting July 1, he said, providers enrolled in the state’s Child Care Assistance Program, or CCAP, which subsidizes child care for low-income families, will see an 8 percent increase in their reimbursement rates.

The governor’s office said in a news release that those increases will make the subsidies available to an additional 20,000 children.

And families that qualify for CCAP with a parent or guardian working in child care will have their copays capped at $1.

Child care providers will also have additional time to qualify for Child Care Restoration Grants, which have been funded with federal COVID-19 relief funds. That program had been set to expire this month, but it is now being extended through December, delivering an estimated $60 million to approximately 2,400 child care providers.

Additional policy changes announced Monday include eliminating child care copays for families experiencing homelessness; expanding eligibility to parents and guardians who are attending online school from home; continuing to provide three months of child care assistance for unemployed parents seeking to reenter the workforce through December 2022; launching an early childhood enrollment campaign, including investments in community outreach; and extending the hold on family fee collection for early intervention services through the end of this calendar year.

“The significant investments that were announced today prioritize equitable and stable funding for early childhood across Illinois,” said Bethany Patten, associate director of the Department of Human Services’ Division of Early Childhood. “They focus on expanding access to early childhood care and education for low-income families who need it and investing in child care workers and providers so that they can continue to serve families in their communities.”