On January 26, President Joe Biden took steps to bring the nation toward the long-promised, but never realized, pledge of racial justice. Four executive orders signed that day make clear that the new Administration will take meaningful and corrective actions.

The Department of Housing and Urban Development (HUD) was directed to take steps necessary to redress racially discriminatory federal housing policies that have contributed to wealth inequality for generations. Similarly, the Department of Justice (DOJ) was ordered to end its use of private prisons. The whole of federal government also recommitted to respect Tribal sovereignty and strengthen the Nation-to-Nation relationship between the United States and Tribal Nations. Finally, President Biden committed to combatting xenophobia against Asian Americans and Pacific Islanders.

“We have never fully lived up to the founding principles of this nation, to state the obvious, that all people are created equal and have a right to be treated equally throughout their lives,” said Biden. “And it’s time to act now, not only because it’s the right thing to do, but because if we do, we’ll all be better off for it.”

“Yes, we need criminal justice reform,” he continued, “but that isn’t nearly enough. We need to open the promise of America to every American. And that means we need to make the issue of racial equity not just an issue for any one department of government; it has to be the business of the whole of government.”

Responsibility for implementation and oversight will rest with the White House’s Domestic Policy Council, led by Director Susan Rice, a former Obama Administration appointee who served as National Security Advisor and U.S. Representative to the United Nations and a Black woman.

Millions of marginalized people – many who are Black and Latino – face imminent financial disaster. When people are poor, they face compounding struggles – ranging from food insecurity, to the threat of losing utilities, and the risk of homelessness – and hardships seemingly multiply each day. During this still-raging pandemic, a new kind of poor – those who were formerly gainfully employed – are learning the harsh realities of how hard life becomes when adequate income and decent health insurance are no longer available.

Regardless of income – or the lack thereof – every family still needs a home, one that provides shelter and sustenance. As much as America needs vaccinations from the pandemic, its people need and have a right to housing.

In 2020, to address this newly urgent need, a focused and collaborative national policy endeavor began, called the Housing Playbook Project. The effort was led by Community Change, a nonprofit with the mission of changing the policies and institutions that impact the lives of low-income people – particularly those of color – with support from the Ford Foundation. The sum of the project’s insights and recommendations specific to housing challenges were contained in its report released on January 25th.

Entitled A New Deal for Housing for Housing Justice: A Playbook for the Biden Administration, it is a road map to achieving housing justice that details bold federal actions that can effectively respond to the housing crisis and charts a path for leveraging policymaking to build power in the nation’s most neglected communities.

“We face a housing affordability crisis, an evictions crisis, and a homelessness crisis like this nation has never seen,” noted Julian Castro, project co-chair and former HUD Secretary and San Antonio Mayor. “The Housing Playbook outlines a bold and ambitious blueprint to tackle these crises head-on, with housing justice and racial equity at the forefront. This is how we ensure housing is not just a commodity, but a basic need and a human right granted to every single American.”

“Regardless of where we come from, what we do for work, how we identify or whether we’ve been caught up in our unjust criminal system, everyone deserves a roof over their head,” added Community Change President Dorian Warren. “The Biden-Harris Administration has signaled that they would make racial justice and equity in COVID-19 relief and long-term economic policy a priority. Safe and reliable housing is the cornerstone to economic security. This proposal is a blueprint for how to help move the country toward that vision.”

The urgency of America’s housing needs during the pandemic are poignantly analyzed in the Harvard Joint Center for Housing Studies’ (JCHS) State of the Nation’s Housing 2020, an annual report that analyzes the changes and challenges in American housing.

As of last September, the Black-white homeownership gap stood at 31 percent, according to the annual report. Additionally, 49 percent of renters and 36 percent of homeowners experienced employment income loss between March and September of last year. Those marketplace dynamics contributed to late rental payments that also reflected racial disparities affecting 10 percent of whites, but 23 percent of Blacks and 20 percent of Latinos.

The JCHS report also found that from 2019 to 2020, the total number of homeless people grew in part because 17,000 more people needed shelter. In all, America’s homeless that could be measured came in at 568,000 people.

“Widespread calls for racial justice have pointed out the high degree of residential segregation and economic inequality that still exists in the U.S.,” says Daniel McCue, a JCHS Senior Research Associate. “In fact, the sharp racial disparities in housing are both a cause and a consequence of other social inequalities.”

For people of color, the combination of concentrated poverty and under-representation in higher income areas lead to nearly two-thirds of poor Blacks, Latinos, and Native Americans living in communities with poverty rates above 20 percent – nearly twice that of the share of poor whites. They also have far higher cost-burden housing rates and a disproportionately large share of the nation’s homeless.

For Nikitra Bailey, Executive Vice President of the Center for Responsible Lending, President Biden’s Racial Equity Initiative is “a critical first step by his Administration to address injustices that are holding our country back” and “will help to move the nation closer to its ideals and center solutions to discrimination that hinder opportunity, allowing marginalized communities to move closer to equal justice under law.”

“Prioritizing racial equity is needed at the outset, and fully implementing the Fair Housing Act of 1968 as part of a comprehensive racial equity agenda is essential to expanding opportunity for all Americans,” she added. “These actions give Black and brown families an opportunity to live free of discrimination and participate fully in the economy.” 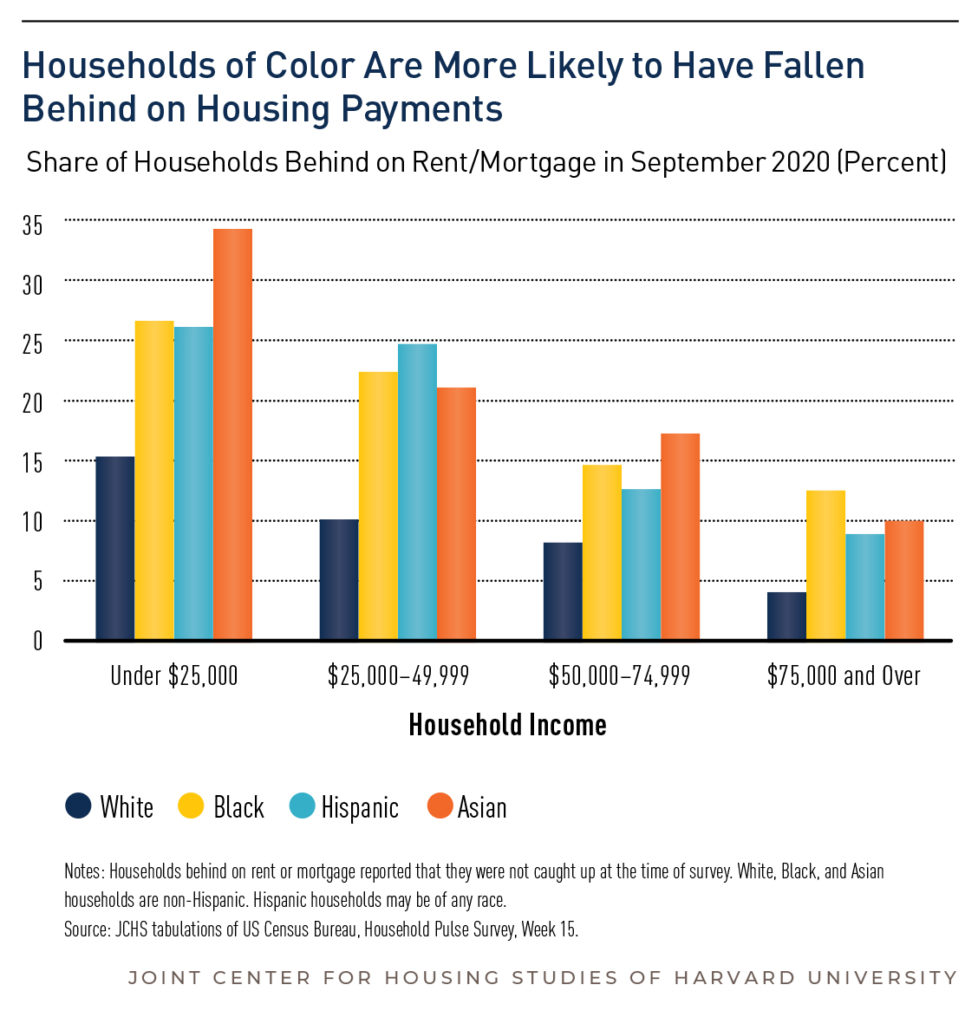 Charlene Crowell is a Senior Fellow with the Center for Responsible Lending. She can be reached at Charlene.- [email protected]