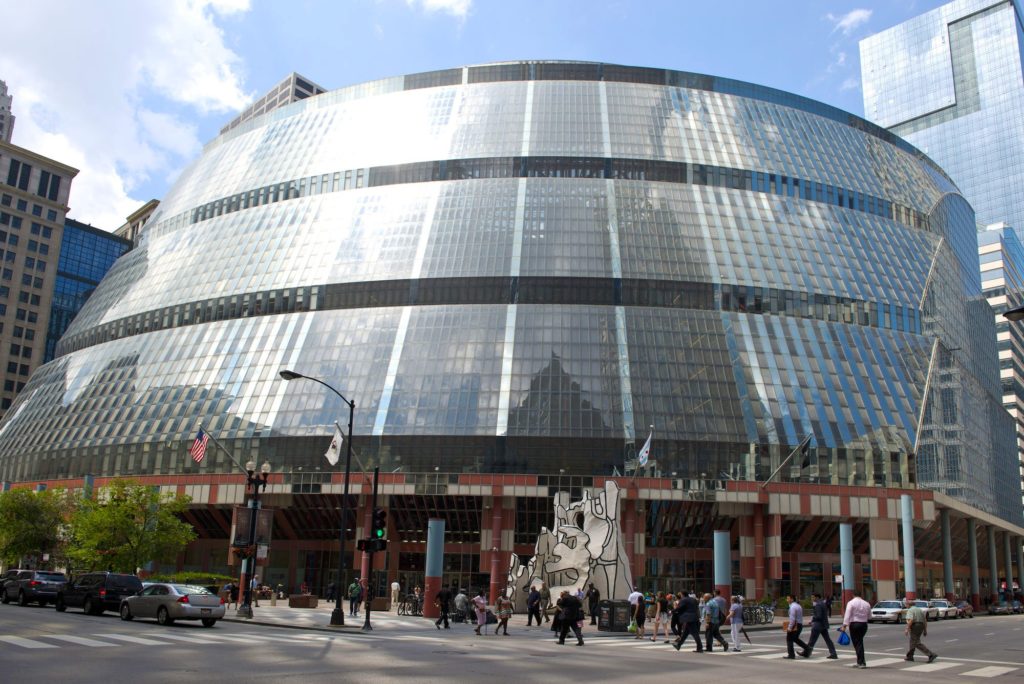 Plans are moving ahead for the sale of the James R. Thompson Center at 100 West Randolph Street in Chicago.

Gov. JB Pritzker announced on Wednesday plans to enter into exclusive negotiations with JRTC Holdings, LLC, for the purposes of acquiring and redeveloping the Thompson Center that houses office space for 50 state agencies and more than 2,800 state workers.

“Today I’m proud to announce that for the first time, we’re taking a massive step forward with a plan that will result in the sale of the Thompson Center and that will save taxpayers $800 million,” Pritzker said. “I came into office with a promise to manage state government resources more efficiently and to support local governments. By returning vital real estate in downtown Chicago to private ownership, tens of millions in revenue will be generated for Chicago Public Schools and for property taxpayers.”

After a review of submitted proposals, the state will move ahead  with a public-private partnership structure, which includes:

The redevelopment of the JRTC is expected to result in thousands of new construction jobs, new tax revenues for Cook County, the city of Chicago, and its sister agencies.

The 17-story building encompasses 1.2 million square feet and has annual operating costs of $17 million. Due to prolonged deferred maintenance and delayed capital projects, the estimated cost to bring the JRTC into a state of good repair exceeds $325 million, according to data from the Illinois Department of Central Management Services.

Finalization of the purchase agreement is expected by March 2022. The closing on the property is anticipated in the summer of 2022. Renovations are expected to take two years.

This article originally appeared on CapitolNewsIllinois