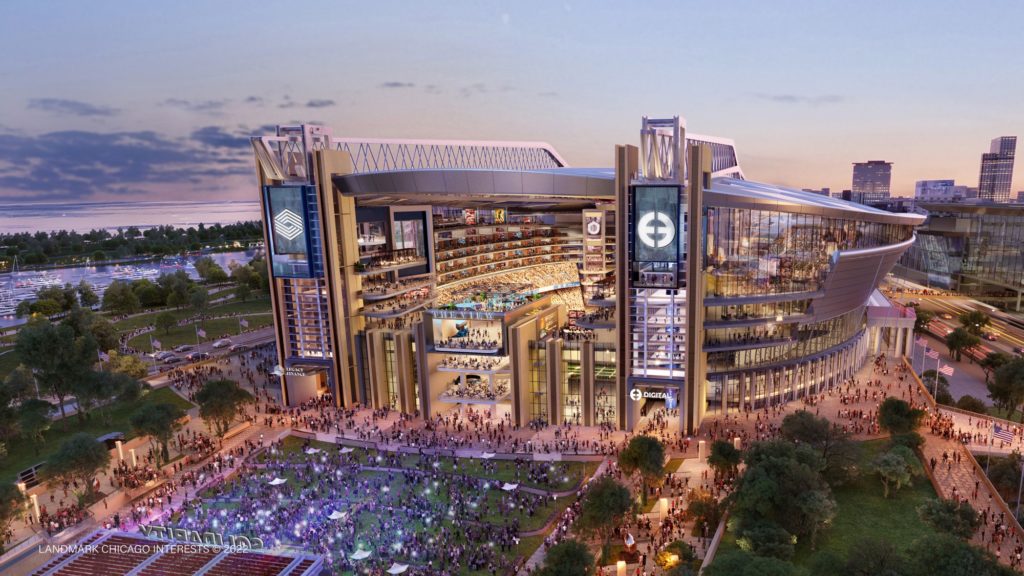 A new poll suggests Arlington Heights taxpayers want the Chicago Bears to come to town, but they don’t want to pick up the tab for a new stadium.

The poll commissioned by the political advocacy group Americans for Prosperity shows 68% of residents disapproved of using taxpayer dollars to build a new home for the team, while 22% were in favor.

Opposition to using taxpayer money widened to 73% from 21% when voters were made aware the NFL is the most profitable sports league in the world and it recently signed a $110 billion 11-year media deal.

“They don’t like corporate welfare,” said Brian Costin, deputy state director for Americans for Prosperity. “They think that everyone should play by the same rules and no one should get special benefits that might cost other taxpayers money.”

According to Forbes, the Chicago Bears are the fifth most valuable team in the NFL, with an estimated worth of $5.8 billion.

The Bears bought the former Arlington Race Course in suburban Arlington Heights for a possible future home. The team discussed a move to Arlington Heights decades ago, but instead renovated Soldier Field in Chicago with the state of Illinois raising funds for the project.

“We have an ordinance that we are circulating petitions for called an Anti-Corporate Welfare ordinance and we also asked that in our poll and 54% of residents in Arlington Heights would support that ordinance,” Costin said.

Arlington Heights Mayor Tom Hayes is not yet on board with the ordinance, calling it “extreme.”

Chicago officials have offered to make major renovations to Soldier Field in an effort to prevent the Bears from leaving town, but so far, team officials said they are not interested.

The team has played at Soldier Field since 1971 and are locked into a lease through 2033, a lease they would have to buy out if they left early.