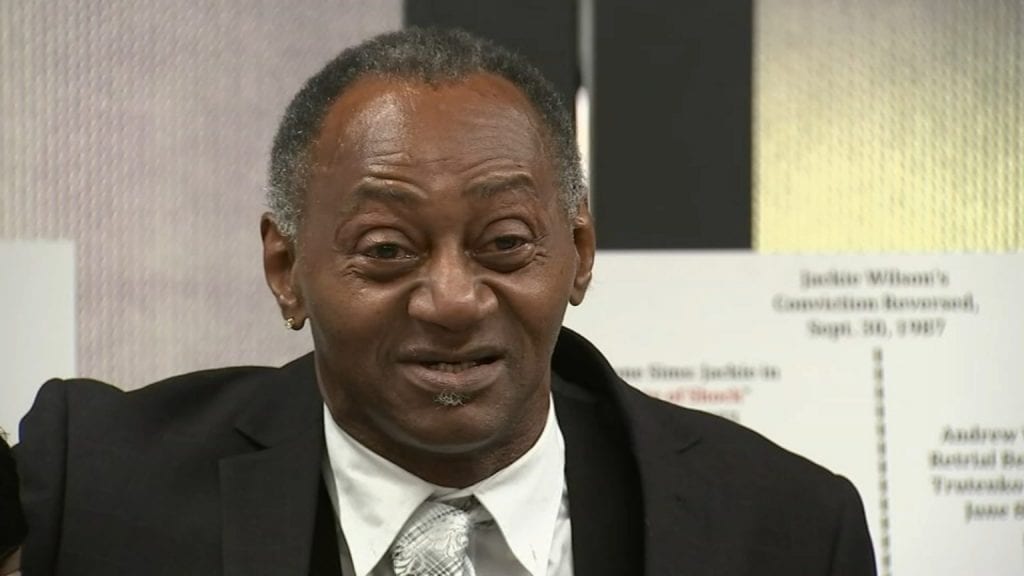 A Chicago man who spent 36 years behind bars for a crime he didn’t commit is now suing the city of Chicago, former Mayor Richard M. Daley, along with former police officials and prosecutors.

“It’s hard for me to deal with this,” Wilson said, his wife standing by his side. “I should be mad, but if I allow myself to be mad, I will self destruct and eat me up like a cancer.”

Last December, a trial judge granted Wilson a Certificate of Innocence, meaning the state of Illinois officially recognizes him as an innocent man.

Wilson and his legal team filed a federal lawsuit against Chicago, Cook County, and former city and police officials with familiar names:

“We hope to see the prosecutors involved in framing him as criminal defendants in the Cook County criminal courts, and that process has played out over the last 8 months,” said Elliot Slosar, Wilson’s attorney.

In October, a special prosecutor dropped all charges against Wilson after learning about misconduct by assistant Cook County State’s Attorney Nicholas Trutenko. He allegedly lied on the witness stand during Wilson’s trial and was fired last year.

Foxx’s office confirmed that another assistant attorney linked to the Wilson case no longer works in the office.

It all started in 1983, when Jackie Wilson – who was 22 when he was arrested – and his brother Andrew were found guilty of killing Chicago police officers William Fahey and Richard O’Brien.

Since then, the legal battle has lasted for nearly four decades, involving various prosecutors, police officials, and elected leaders. Wilson and his team are now turning the tables on those they believe were involved in the long-running legal fight.

The lawsuit also lists Thomas Needham as a defendant. He was an aide to former police Supt. Terry Hillard. “I never had anything whatsoever to do with the Wilson case at that time, or at any other time,” Needham told ABC 7 Chicago Thursday.

Additionally, Lawrence Hyman, a former Cook County assistant state’s attorney had this response to the lawsuit: “I have not seen the suit. I can’t comment.”

Disgraced police commander Jon Burge’s estate is also listed as a defendant. He led detectives who used an electrical box to torture suspects, which was brought up today.

“They did attach the clips to the various parts of a person’s body who they were torturing,” said Flint Taylor, Wilson’s attorney, as Wilson attached the clip to his ear lobe during Thursday’s news conference.

Wilson’s attorneys are also putting pressure on the Cook County State’s Attorney’s Office. A spokesperson confirmed today that another attorney linked to the Wilson case no longer works in the office.

“So what we’re saying to Lori Lightfoot is step up and show us your actions, rather than your words. Stop defending these cases,” said Flint Taylor, Wilson’s attorney.

The case has left emotional scars for Jackie Wilson. He said his wife and her family have supported him during this time.

“To say I’m hurt is an understatement,” Wilson said, “I continue to try and move forward in my life.”

The city law department responded to the lawsuit, releasing a statement saying, “The City has not yet been served with the complaint and does not comment on pending litigation.”