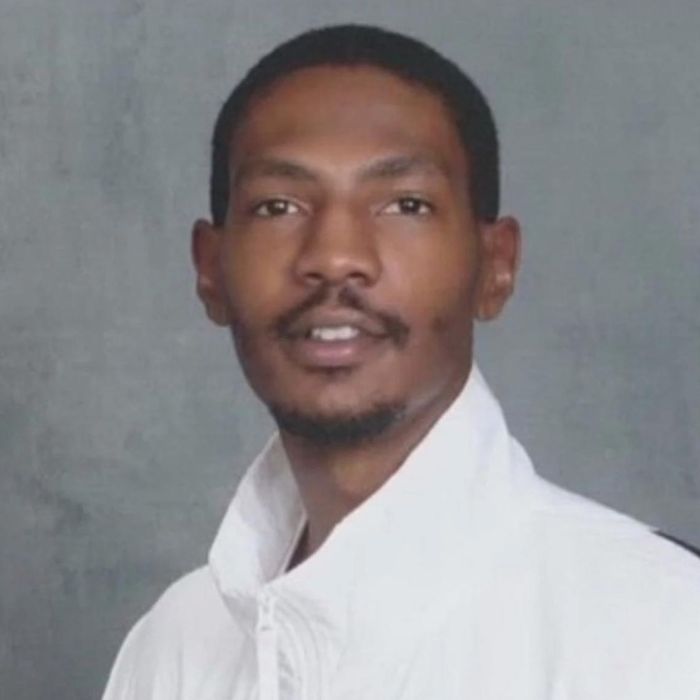 The unarmed Black driver was shot at least 60 times following a traffic stop.

The funeral for an unarmed Black man who was killed in a hail of dozens of bullets by police in Ohio will feature an open casket in a move that harkens back to the funeral for Emmett Till.

Jayland Walker was laid to rest on Wednesday, July 13, following his funeral in Akron, not far from where the 25-year-old’s body was riddled with at least 60 bullets during a police chase late last month. The funeral comes after more than two weeks of vigils and protests demanding justice for the police killing that followed a pretextual traffic stop on the morning of June 27.

Akron Mayor Dan Horrigan declared Wednesday a day of mourning in the city, but law enforcement arrived at the Akron Civic Center — where the funeral is being held — with riot gear and armored vehicles in apparent anticipation for the worst despite Walker’s family asking for peaceful protests.

The Summit County SWAT team has arrived in front of the Akron Civic Theatre where Jayland Walkers funeral is being held. @cleveland19news pic.twitter.com/hv58h5zUWB

Of course, after video footage went viral showing Akron cops viciously beating protesters demanding justice for Walker, the family’s plea is more likely directed at the police. Among those protesters assaulted by the police was the father of Jacob Blake, who Wisconsin officers shot in the back in an event that set off protests in the city of Kenosha in 2020. As a result, Jacob Blake Sr. was arrested and charged with four misdemeanors including riot, resisting arrest, failure to disperse and disorderly conduct.

#AkronProtest Update: Right after shooting an UNARMED BLACK MAN (#JaylandWalkers) #AkronPolice are caught on tape VIOLENTLY BEATING Jacob Blake’s father who joined peaceful protestors in downtown Akron. He was HOSPITALIZED then #AkronPolice then placed a WARRANT for his ARREST. pic.twitter.com/dDUbs1aPpj

Filmmaker Spike Lee and basketball superstar LeBron James were among the dignitaries expected to be in attendance at Walker’s funeral. James’ hometown is Akron.

Police body cam footage from Walker’s killing was released more than a week ago, but many questions remained unanswered since Akron police do not have dashcams in their cars and there is no footage of the alleged traffic stop that precipitated the shooting.

Even while providing this exercise in transparency, the Akron police chief attempted to walk a tightrope between objectively reviewing the information and dismissing questions as speculative. At one point, he sidestepped questions about the officers initially choosing to deploy tasers, claiming he didn’t want to second guess the alleged perception of threat during the moments after officers began to pursue Walker on foot.

Walker’s killing came weeks after police managed to arrest a white mass shooter without firing off a single shot following the slaughter of Black people specifically because of the color of their skin in Buffalo, New York. It also came days before a white domestic terrorist who killed at least seven people during a Fourth of July parade in Missouri was also arrested alive without police feeling the need to fire their guns.

But the narration of the chase speculates about Jayland shooting at police during a chase. In the moments leading up to the shooting, the footage shows a chaotic scene with police officers charging toward Jayland before an unknown number of rounds were shot.

This is a look at the City of Akron where it’s absolutely quiet this morning as the Walker family lays Jayland to rest today.

Caution tape blocking off side street parking on S. Main Street where the Akron Civic Theatre is. The theatre is where the funeral will be held today. pic.twitter.com/OcYbNDdW8l

The decision made by Walker’s family to have an open casket is reminiscent of what the family of Emmett Till did for his funeral in 1955.

While not exactly apples to apples, the killings of Walker and Till bear some similarities, which may or may not have prompted Walker’s open casket. But, perhaps most glaringly, both Black males were killed by mob violence under disingenuous pretenses.

Till was believed to have whistled at a white woman. Walker was suspected of having a gun.

Neither of those claims has been proven true.

In Walker’s case, the DoorDash driver was shot at more than 90 times when he fled from the traffic stop, being struck at least 60 times in an obvious instance of excessive police force. There remains no evidence he had a gun on him, as police claim.

In Till’s case, the white woman he allegedly whistled at went at got her husband, who summoned a posse that hunted down the 14-year-old and lynched him to the point he was not recognizable.

This case must be fully investigated by the Justice Department and ALL the body cams should be released.pic.twitter.com/zuQaxBCKHD

It was in that context that Till’s mother decided to have an open casket funeral displaying her son’s mutilated body.

Open caskets for both Walker and Till underscore the reality of violence against Black males, whether police-sponsored or not.

While Walker’s police killing has made national headlines, his family’s effort to raise money to pay for his funeral have not been as widely received.

As of Wednesday morning, a GoFundMe account started by Walker’s sister, Jada Walker, had barely broken the $6,000 mark. The fundraising goal is $13,000.

This article originally appeared on News One.