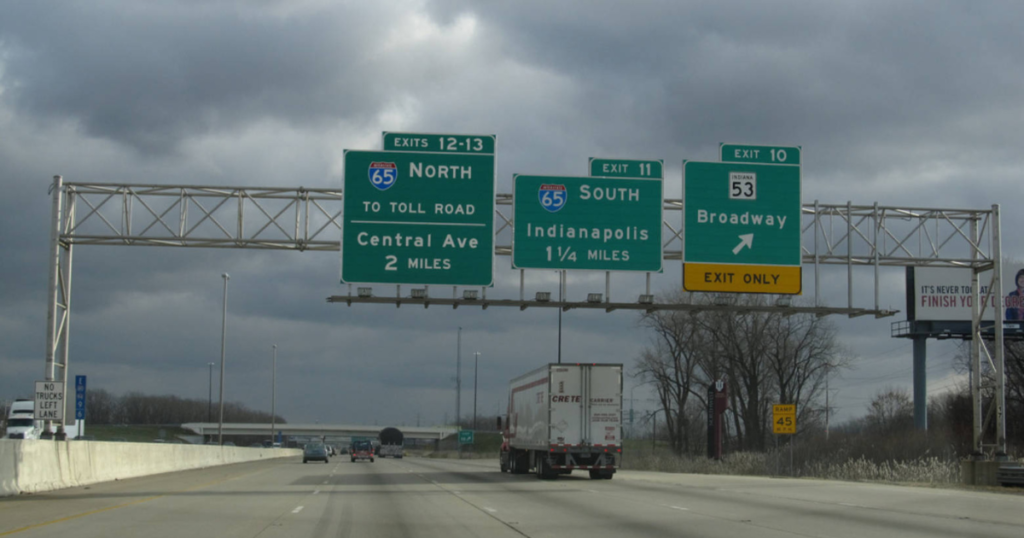 Thanksgiving is one of the busiest travel seasons of the year. AAA is predicting 54.6 million people will be heading out for the holiday. Of those, nearly 49 million will be traveling by car, a rebound to almost pre-pandemic levels. This time of year is also associated with higher drinking rates, which combined with the sheer number of drivers on the road, makes it an especially dangerous time for motorists.

To prevent crashes, more than 200 state and local law enforcement agencies will be ramping up enforcement as part of the Safe Family Travel campaign. Starting this week, officers will be out in greater numbers conducting sobriety checkpoints and saturation patrols designed to discourage impaired driving and promote seat belt use.

“We’re anticipating a very busy travel season this year, so for those sharing the road, remember to slow down, drive sober and buckle up,” said Devon McDonald, ICJI Executive Director. “Most fatal crashes are avoidable, not inevitable. We want everyone to make it to the Thanksgiving table safely.”

According to NHTSA, drunk driving and fatal crashes spike during the Thanksgiving holiday season. This can be attributed, in part, to cultural phenomena like “Blackout Wednesday” or “Drinksgiving,” an event synonymous with heavy alcohol consumption. This year’s holiday also comes at a time when fatal crashes and dangerous driving are up across the state and nation.

In Indiana, 932 people lost their lives on the road last year, a 4% increase from 2020. Of those fatalities, 12 occurred during the Thanksgiving holiday season, with more than half (7) found unbuckled at the time of the crash.

On average, approximately one-fourth of the state’s traffic fatalities are caused by drunk drivers.

“Impaired driving is life-threatening, but even more so around the holidays,” said Robert Duckworth, ICJI Traffic Safety Director. “With so many ride options available, there’s no reason that should be the case. We’re asking everyone to plan accordingly and to make safety a priority. Our goal is zero fatalities this year.”

With officers on high-alert, motorists are encouraged to plan ahead to get home safely by designating a sober driver or by using public transportation or a ride service like Uber or Lyft. Even if one drink is consumed, never drive impaired or let friends get behind the wheel if they’ve been drinking.

It’s also important to wear a seat belt, put away the distractions and follow posted speed limits. Travelers are encouraged to check road conditions before each trip and to leave with plenty of time to reach their destination safely.

Driving under the influence of drugs or alcohol is illegal in Indiana and all 50 states. Those who choose to drive impaired are, not only risking their life and the lives of others, but also could face an arrest, jail time, and substantial fines and attorney fees. The average drunk driving arrest costs up to $10,000.

Motorists are encouraged to call 911 if they encounter an impaired or unsafe driver on the road.