Over 90 percent of voters in Black wards supported Pritzker 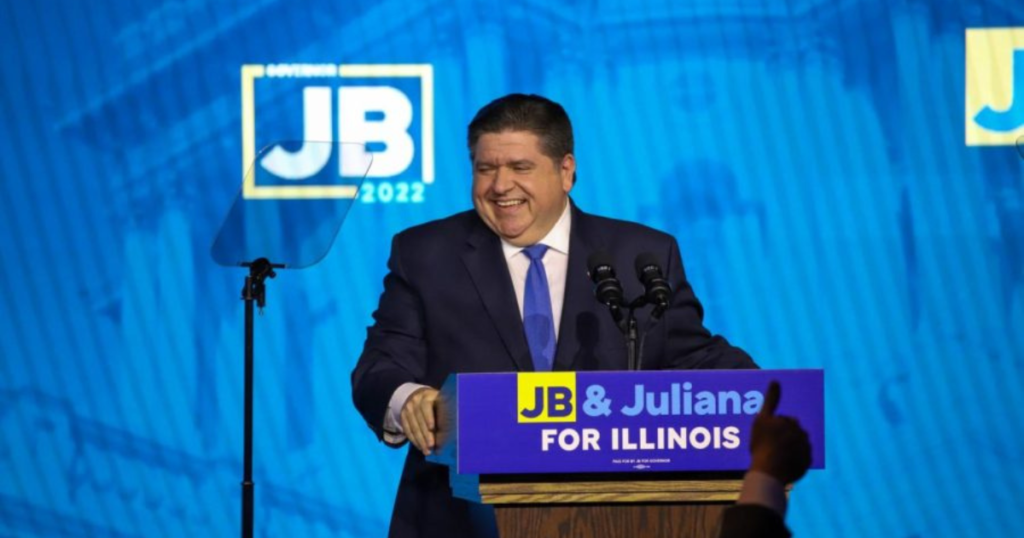 Black voters in Chicago during the midterm election supported Governor JB Pritzker at the polls more than any ethnic group in the city, according to an extensive analysis from the Chicago Board of Elections.

Pritzker cruised to a second term on Tuesday, November 8, taking 54.8 percent of the vote statewide to Bailey’s 42.4 percent. In Chicago, Pritzker received 620,755 votes on Tuesday. That’s 81.1 percent of votes that were cast in the city’s 50 wards.

Election data show 177,008 or 29 percent of those votes came from Chicago’s newly mapped 17 Black wards, which overwhelmingly voted for Pritzker, more than any other ethnic electorate in the city. 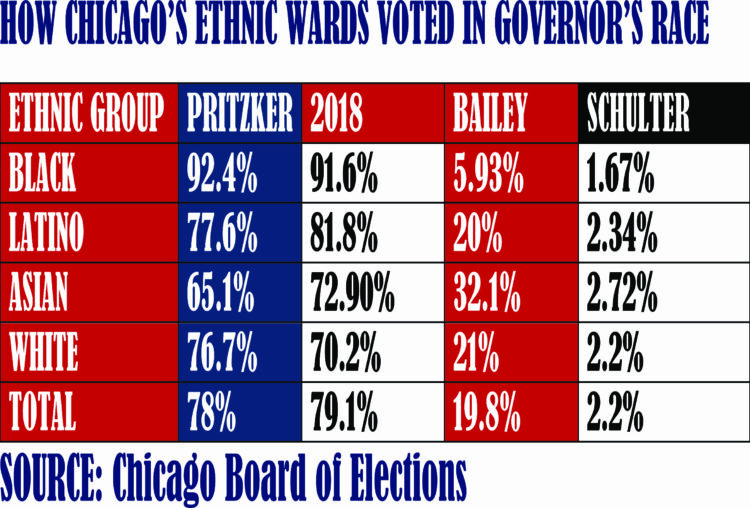 As crime continues to be a concern on the North Side, Pritzker lost to Republican Dan Bailey in the 41st Ward, where he took just 48.61 of the vote, compared to Bailey’s 48.93 percent.

In the Black wards Bailey took just 5.93 percent of the vote, compared to 20 percent in the Latino wards and 21 percent in white wards, where some voters resonated with Bailey’s tough message on crime. In the Asian 11th Ward, where there are enclaves of white and Irish voters, Bailey drew the strongest support with 32.1 percent of the vote.

There was concern that many Blacks would not support Pritzker as much as they did in the 2018 midterms, where he took nearly 92 percent of the Black vote. Many Blacks grew disillusioned with Pritzker during his first term, where there were no Black-owned cannabis dispensaries in Chicago. Many accuse Pritzker of taking the Black vote for granted after he was elected in 2018.

Pritzker, in an interview earlier this year with the Crusader, said lawsuits and legal battles delayed the process in awarding more dispensaries throughout the state.

Pritzker drew heavy criticism from Republicans during the pandemic with his strict COVID-19 policies. A billionaire equity investor and philanthropist who called Bailey “too extreme” for Democrat-heavy Illinois, Pritzker ran a re-election campaign that promised fiscal stability and taxpayer relief.

Bailey is a southern Illinois farmer and conservative supporter of former President Donald Trump. Some Blacks considered voting for Bailey, but his ties to Trump and image as a right-wing extremist fueled distrust among Democrats. With few candidates to choose, Pritzker became the default candidate.

In Chicago’s 17 Black wards, voters brushed aside their criticisms of Pritzker, giving him a resounding victory. A Crusader analysis reveals that 13 Black wards voted over 90 percent in favor of Pritzker.

The ward where Pritzker drew the least support was the 29th Ward, where the governor took 85.58 percent of the vote. After it was remapped earlier this year, the 27th Ward became a plurality ward, where Blacks have a 46-percent majority.

This was the first election under Chicago’s newly mapped 50 wards. After the 34th Ward was moved to the North Side, there are now 17 Black wards, 15 Latino wards, 18 white wards and one Asian ward.