Out of his own mouth, Sharpton’s doc ‘Loudmouth’ is riveting profile 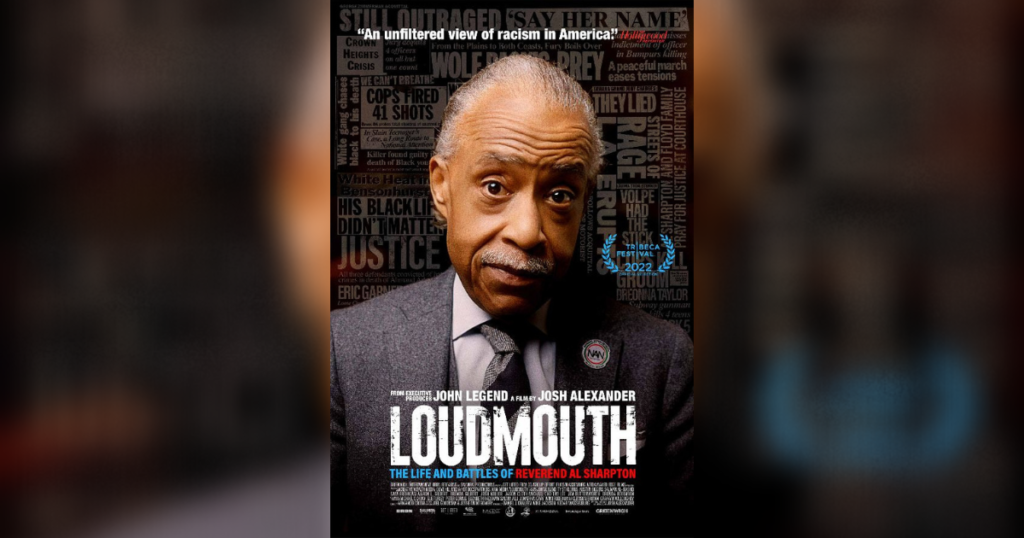 The Rev. Al Sharpton’s documentary called “Loudmouth” is in theaters now. The documentary premiered in Chicago during the 58th Chicago International Film Festival in October. I was able to watch the film then, and I noticed that Sharpton was on the Sherri Shepherd Show on December 8, and I listened in to gather more information straight from the “loudmouth” himself.

The documentary explores the life of the Civil Rights leader, and one Chicago screening was followed by a moderated discussion with Sharpton and the film’s director, Josh Alexander.

The film chronicles more than 40 years of Rev. Sharpton’s journey to becoming one of the recognizable Civil Rights leaders of today. From his early activism to his modern-day legacy, the film tells the story of his unrelenting commitment to fighting against systemic injustice, racism, and white supremacy in the United States.

The documentary opens with Sharpton’s 2019 birthday party, a fabulous New York affair. It ends with Sharpton in tears and in prayer after a white Minneapolis police officer was convicted in 2021 for the murder of George Floyd.

Sharpton shared with Shepherd his affinity for the Rev. Jesse Jackson and a couple of things that were propositioned to him when the idea of a documentary was broached:

Sharpton would have no editorial control. A white guy, Kedar Massenburg, a former Motown executive, would be the producer.

The preacher started preaching at his home church when he was 6 years old. He spoke of his love for James Brown, whom he considered a father figure. Shepherd commented on Sharpton’s fancy suits. He proudly said that back in the day, track suits were in vogue, and now his girlfriend, who is a fashion designer, keeps him well dressed.

He added that “loudmouth” is an appropriate title, “Unlike Civil Rights leaders before me, I was born in Brooklyn, not the south. You couldn’t do press releases because you were competing with New York City. You had to be loud, and I had to bring a brash kind of style.”

The synopsis for the documentary speaks to his outspokenness and controversy that has dogged Sharpton for decades. “He’s been called a con man, a charlatan, a race-baiting rabble-rouser, and a whole lot more, but who is he really and how did he become one of the most controversial Civil Rights activists of the modern era?”

I don’t suspect that Sharpton minds being called a rabble-rouser, as long as he brings to light injustices that Blacks face in America.

And finally, Sharpton added insight about the release of WNBA star Brittney Griner from a Russian prison.

“I’m beyond happy. I’m ecstatic, it [the confinement] was an egregious act. She was going to Russia as part of the Russian team helping them. She was used as a political pawn, because Russia was about to wage war on Ukraine.”

As an aside, Sharpton commented on the violent state of America currently when he told Associated Press reporter Aaron Morrison. “From the shootings in Buffalo, to the synagogue attacks, to the LGBTQ attack [in Colorado Springs], there’s widespread violent hate out there.”

“Loudmouth” is playing in theaters everywhere.