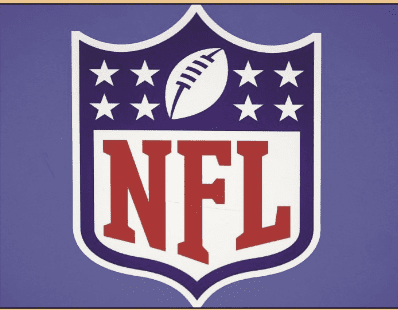 In a recent announcement by the National Football League, the NFL Network said it will look to carry a record 23 live preseason games in August.

According to the NFL Network, the group will air live preseason games on the NFL Network including first-time debuts of the 2021 First-Round QBs, Trevor Lawrence, Chicago Bears Justin Fields and QB Mac Jones.

Week 1 preseason coverage continued Friday, August 13, with the Buffalo Bills at the Detroit Lions, followed by the Dallas Cowboys at the Arizona Cardinals. On Saturday, August 14, the Network will carry a quadruple-header of live Week 1 preseason games, starting at 1:00 PM ET with rookie quarterback Justin Fields’ debut for the Chicago Bears against the Miami Dolphins.

Saturday’s schedule continues at 4:00 PM ET with the Minnesota Vikings hosting the Denver Broncos, followed by No. 1 overall pick of the 2021 NFL Draft Trevor Lawrence’s debut with the Jacksonville Jaguars against former No. 1 overall pick Baker Mayfield and the Cleveland Browns at 7:00 PM ET.

The final game airs at 10:00 PM ET with the Los Angeles Rams hosting the Los Angeles Chargers, marking the first game with fans in attendance at SoFi Stadium, site of Super Bowl LVI.

On Saturday, August 21, NFL Network carries a quadruple-header of Week 2 preseason games, starting at 1:00 PM ET with the Buffalo Bills traveling to face the Chicago Bears. Saturday’s quadruple-header continues with the New York Jets at the Green Bay Packers at 4:25 PM ET, the Detroit Lions at the Pittsburgh Steelers at 7:30 PM ET and the Las Vegas Raiders at the Los Angeles Rams at 10:00 PM ET, and the New England Patriots at the New York Giants at 6:00 PM ET.

Live preseason games on NFL Network are subject to blackouts in the local markets of the participating teams.

NFL Network’s live preseason schedule concludes with seven Week 3 games, highlighted by two triple-headers. The first triple-header kicks off Saturday, August 28, at 1:00 PM ET with the Buffalo Bills hosting the Green Bay Packers, followed by the Chicago Bears at the Tennessee Titans at 7:00 PM ET and the Los Angeles Chargers at the Seattle Seahawks at 10:00 PM ET.

Live streaming of NFL Network is available across multiple devices (smartphone, PC, tablet and connected TVs) through the NFL app or NFL.com- watch for subscribers of participating NFL Network providers.

On Sunday, August 29, NFL Network’s triple-header starts at 1:00 PM ET with the Jacksonville Jaguars traveling to face the Dallas Cowboys, followed by the Las Vegas Raiders at the San Francisco 49ers at 4:00 PM ET

Below is the 2021 Live Preseason Schedule courtesy of the NFL Network:

*Live games on NFL Network will be blacked out in the participating teams’ over-the-air station markets.