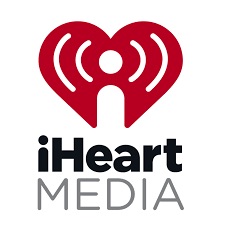 In a recent announcement this month, the NFL and iHeartMedia revealed their NFL’s Podcast Network programming lineup.

All podcasts will be available on the iHeartRadio app and everywhere podcasts are heard.

“We are excited to bring this new slate of podcasts to NFL fans everywhere, representing the best storytelling, access and talent from NFL Media and NFL Films,” said NFL Vice President, Head of Business Operations & Club Media Meredith Battin. “Through the NFL’s partnership with iHeartMedia and the launch of the NFL’s Podcast Network, it will be even easier for fans to discover great new podcasts from the NFL and participating Clubs.”

“We are proud to team up with the NFL to roll out an incredible lineup of podcasts,” said Will Pearson, Chief Operating Officer, iHeartPodcast Network. “Just as this football season kicks off, we’re thrilled to introduce such an expansive slate of shows featuring amazing talent across the NFL that will appeal to both casual fans and diehard fans around the globe.”

Around the NFL – The Around the NFL crew of Gregg Rosenthal, Dan Hanzus and Marc Sessler break down the latest football news, with a dash of mirth. New episodes are available each week on Sunday, Tuesday and Thursday.

Move the Sticks with Daniel Jeremiah and Bucky Brooks – Former NFL scouts Daniel Jeremiah and Bucky Brooks break down the latest news and action from a scout’s perspective. The duo is regularly joined by top NFL player personnel executives to bring in-depth analysis of on-field performances and behind-the-scenes insights into how NFL front offices manage their teams throughout the season. New episodes are available each week on Monday, Tuesday and Thursday.

NFL Fantasy Football Podcast – Fantasy Football fans, this is the podcast for you. Marcas Grant and Michael F. Florio provide detailed fantasy football analysis, combining in-depth stats and film study to help you win your league and earn bragging rights over your friends, co-workers and family. New episodes are available each week on Monday and Wednesday.

NFL Total Access: The Locker Room – Super Bowl champion Michael Robinson, NFL Network reporter Mike Garafolo and former/current players take you inside the locker room for unique stories that have never been told. New episodes are available each week on Wednesday and Friday.

NFL Players Podcast – The NFL Players Podcast is an unscripted series sharing the stories and personal journeys of the NFL players community – as told by the players. Hosted by current NFL players and Legends, topics include parenting, coaching, entrepreneurship and overcoming adversity. New episodes are available each week on Wednesday.