New Jersey Cop Killed Black Man With ‘His Hands Up’ And ‘Backing Away,’ Witnesses Say 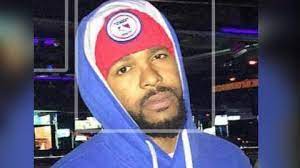 A Black man was killed by a police officer in New Jersey on New Year’s Day under questionable circumstances as officials provide vague reports surrounding the early morning shooting.

Carl Dorsey III was shot in Newark — this much we know. But why exactly Newark Police Department Detective Rod Simpkins shot the 39-year-old has yet to be answered despite multiple press releases from the New Jersey Attorney General’s Office, which is investigating the shooting.

There was also no indication of whether Dorsey was armed or what type of threat he posed, if any, to justify Simpkins shooting him.

It was unclear whether bodycam or any other video footage from the shooting exists.

The Newark AntiViolence Coalition held a vigil and rally on Wednesday at the intersection where Dorsey was killed.

Citing eyewitnesses, a member of the New Black Panther Party for Self Defense told vigil and rally attendees that Dorsey was unarmed when he was shot, NJ.com reported.

“He didn’t even stand a chance,” Sharif Amenhotep said.

The leader of a local advocacy group suggested there won’t be any justice for the police killing because of the color of Dorsey’s skin.

“Other people are gonna say ‘Well, we’re going to make an impartial investigation,’” Lawrence Hamm, Chairman of the People’s Organization for Progress, told NJ.com. “Y’know what the end of that impartial investigation is gonna be? No police are gonna go to jail because there are two systems of justice in this country: one system of justice for us and there’s another system of justice for the police.”

NJ Advance Media initially reported that Newark Mayor Ras Baraka said two guns were found at the scene and one person was arrested.

However, in the most recent press release about the shooting from the New Jersey Attorney General’s Office, there was neither any mention of firearms being recovered nor anyone being arrested.

The shooting came amid nationwide protests against police violence, racism and what is often the deadly combination of the two. It was the first time an officer with the Newark Police Department killed anyone since 2019.