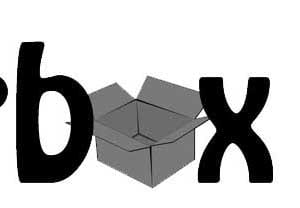 Some people with time on their hands said the “Negro Removal Plan” is in full effect. Persons are upset about all of the violence as well as all of them strange-looking, outlandish TV charlatans that are poppin’ up all over the place demanding accountability. A man with a kufi on thinks the gun violence is “part of a plan to white-up the City of Chicago.”

This fellow with ties to gangs also called street organizations claims, “They are dropping crate loads of weapons and ammunition off in the alleys and stuff. They want us to kill each other so they can take these cities back. How come all this is going on, even though (n-words) are getting everything they want in these streets? They want us to self-destruct. It’s part of a bigger plan. I see white folks jogging up and down King Drive. I see them walking their dogs in Garfield Park. They tired of living in those tornado alleys with bad water. Most of these shootings are domestic. These people know each other. How do unemployed, broke (racial slur) get the money to buy guns and bullets? You tellin’ me they out here sucking D for AK-47s? Then how they can afford this war? It’s because people finding boxes of guns in strange places. The police ain’t gone do nothing but keep it contained in the ghetto. That (s-word) that happened on the Fourth was just kids being kids. I’m talking about these high-powered rifles that are out here. Snipers. People jumping out of cars on 87th Street with shotguns, shooting people. They doing it in broad daylight.”

The man then said in a surprised tone that “The police can’t do nothing because they got orders. Open your eyes. They can’t chase you. Can’t shoot you—-unless they up on you. They can’t whup no ass, no more. Everybody know they got the stand down order. My boy in Oakland said they doing straight up larceny out there—in broad daylight. Just walking into stores and snatching stuff and ain’t nobody come. You can’t stop no violence that was orchestrated by the people who claim they are stopping the violence. There’s limited control in these streets. They also got these kids doped up on some new (s-word) that’s messin’ up their heads. Half of ‘em probably don’t even know they done shot somebody.”

As for the people he called “charlatans,’’ the hipcat said, “Who are these (n-words?) What makes these (n-words) experts on crime prevention unless they doing crimes? They just show up in front of 35th Street and talk to the press like they are reppin’ the streets. They don’t. We know OF them, but they ain’t OF us. Some of ‘em got state and city contracts to work with the police. How come they don’t disclose their financial ties to law enforcement when they’re on the TV calling for votes of no confidence. You think people want these guys in control of policing? Hell nah!”

Dame Dash to partner with Senator Melton after auction of Roc-A-Fella...