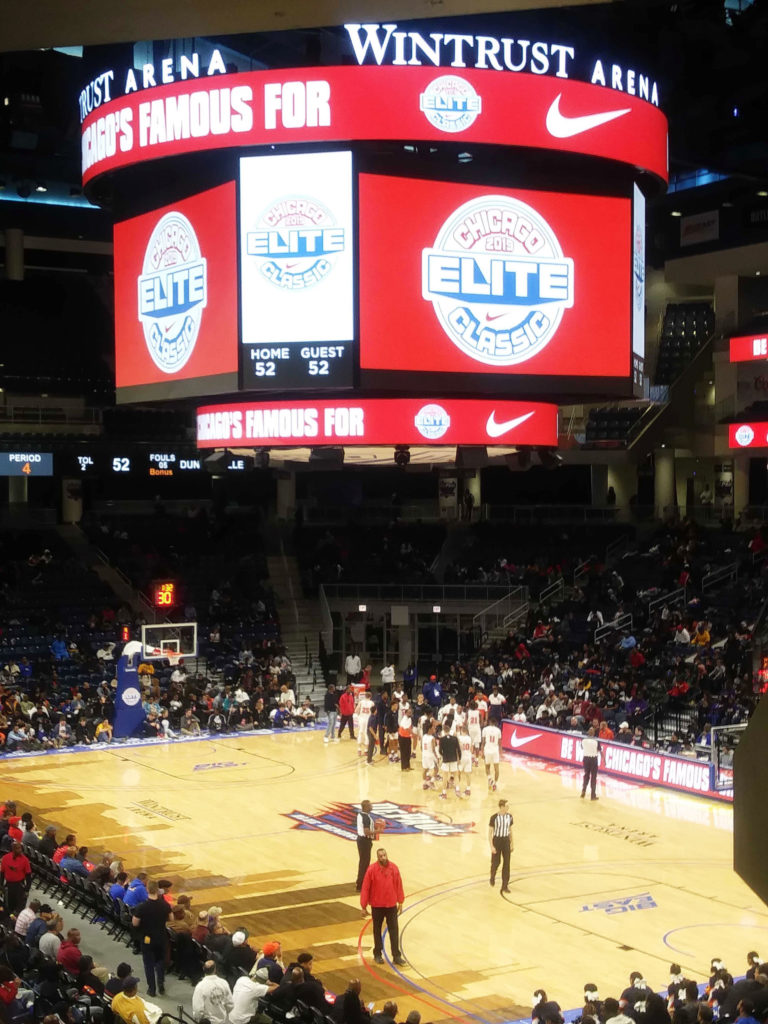 Now in its eighth season, the event featured some of the top high school basketball players in the nation.

“The biggest thing is that we get to showcase Chicago,” said Robert Smith, head coach of the Simeon Wolverines and co-founder of the event, about the rich history of the Chicago Elite Classic.

“Coach (Tyrone) Slaughter and I would attend these other tournaments outside the city and realized we could do this for Chicago. We get to showcase Chicago for what it’s really worth, not just for what people see on TV.”

Coach Smith expressed his views and love for the annual Classic during an exclusive NIKE pregame press conference held for the media Friday, December 6, at Wintrust Arena.

“We get to show them our beautiful downtown and businesses,” said Smith. “We are grateful to our staff because they really are the ones that make this thing go. They are top notch. Knowing that they are volunteers means a lot. They had kids who attended these Chicago public schools. They could have moved on when their children graduated but they didn’t, and we are grateful for them.”

Smith believes the Classic was something needed for the city prior to the holidays and that it happened at the right time.

“People are looking forward to this (year’s) Classic,” said Smith. “We are working to make it one of the premier tournaments in the country.”

BIG GAME MATCH UPS AND SCORES OVER THE WEEKEND:

The event showcases nationally ranked teams from throughout the country and utilizes basketball to promote and encourage a champions in life message.

The theme for the 2019 Chicago Elite Classic was “Be What Chicago’s Famous For,” part of a NIKE campaign airing through several ads and TV commercials across the city of Chicago.

The group donated brand new state of the art uniforms that were worn by the players from Simeon, Whitney Young, and Morgan Park.

They were also supplied with a pair of new “Kyrie Irving 6’s,” an athletic shoe designed by NIKE.

Joseph Phillips is the Sports Editor for the Chicago Crusader Newspaper. He is a Chicago native, who has been a sports writer for over 17 years. He also hosts the SC Media News and Sports Network Q&A radio show on WHPK 88.5 FM Chicago. He can be reached at [email protected]crusader.com.