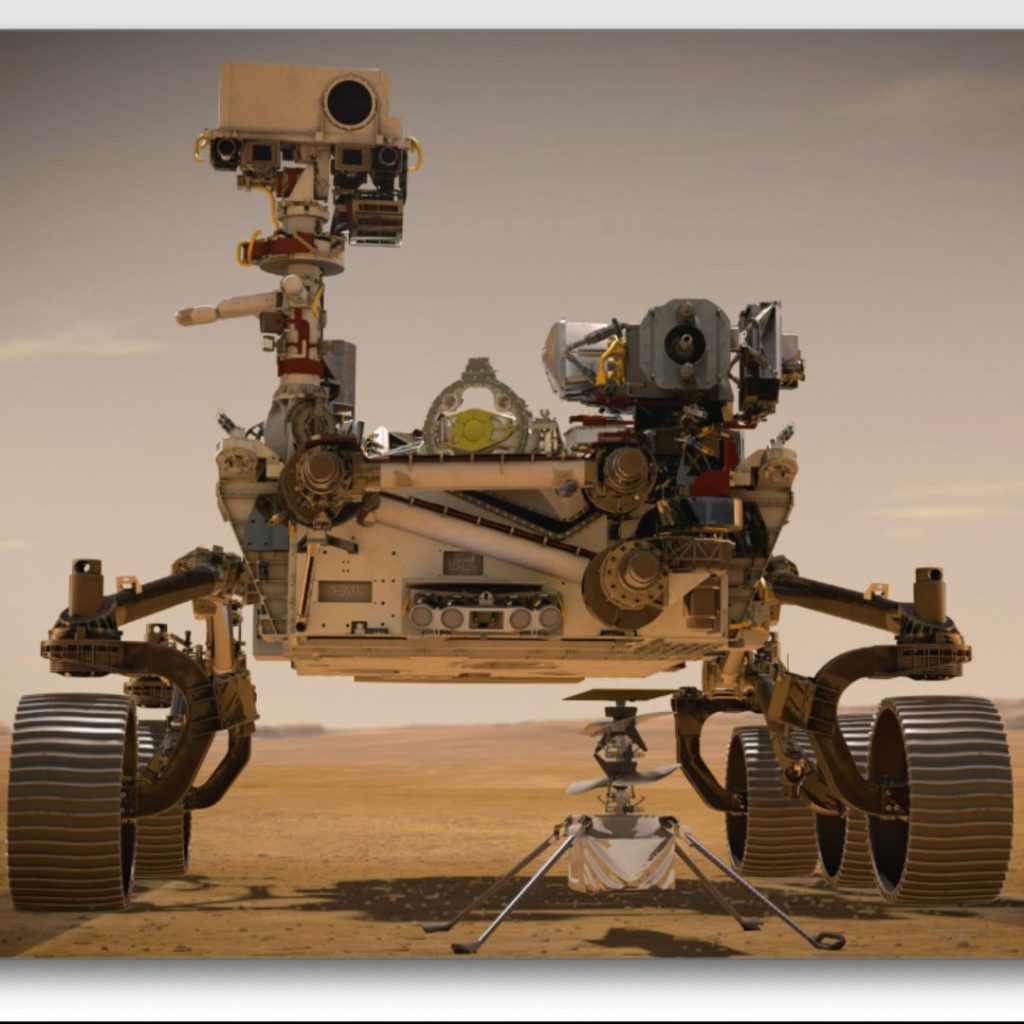 Chicago’s Adler Planetarium announces NASA’s Roving with Perseverance traveling exhibition—featuring full-scale models of both the Mars Perseverance rover and its sidekick helicopter Ingenuity—will arrive at the Adler this week. An opportunity for guests to see these models up close will help demonstrate the scale and technological marvel of these explorers: Perseverance is as big as a small car; its camera mast towers overhead. Ingenuity is quite small and light but can travel faster than its 6-wheeled partner, and as the first aircraft to ever fly on another planet, seeing this model up close will allow guests to experience just how small this history-making rotorcraft actually is.

The models will be on display beginning July 1 through January 2, 2023, in the museum’s Our Solar System gallery next to a full-scale model of the Opportunity and Spirit rovers that landed on Mars in 2004. This special exhibition is included with all ticket options, which can be purchased online.

Since landing on Mars on Feb. 18, 2021, NASA’s Perseverance rover and the Ingenuity helicopter have been hard at work exploring the red planet to understand how the past climate may have been warmer and wetter than today. Perseverance is also searching for signs of ancient microscopic life by collecting rock samples for future missions to retrieve for closer study on Earth. The Ingenuity helicopter has completed more than two dozen short flights, not only proving that powered, controlled flight is possible on Mars, but also helping scout potential locations for Perseverance to explore.

As part of this tour, NASA Perseverance and Ingenuity scientists and engineers will be onsite for special programs to be announced at a later date.

About the Adler Planetarium:

The Adler Planetarium connects people to the universe and each other. Whether it is introducing a guest to the Ring Nebula, a neighborhood school to a community partner, a research team to a network of citizen scientists, or one staff member to another, the Adler’s focus on meaningful connections dates back nearly a century. The museum typically hosts more than half a million visitors each year and reaches millions more through youth STEAM programs, neighborhood skywatching events, people-powered research, and other outreach efforts. Today, the Adler is bringing our unique approach—scientific exploration rooted in community and connection—to guests from around the world who can enjoy the digital Adler from their own homes, libraries, schools or offices. With the Adler’s support, people of all ages, backgrounds, and abilities gain the confidence to explore their universe together and return to their communities ready to think critically and creatively about any challenge that comes their way.