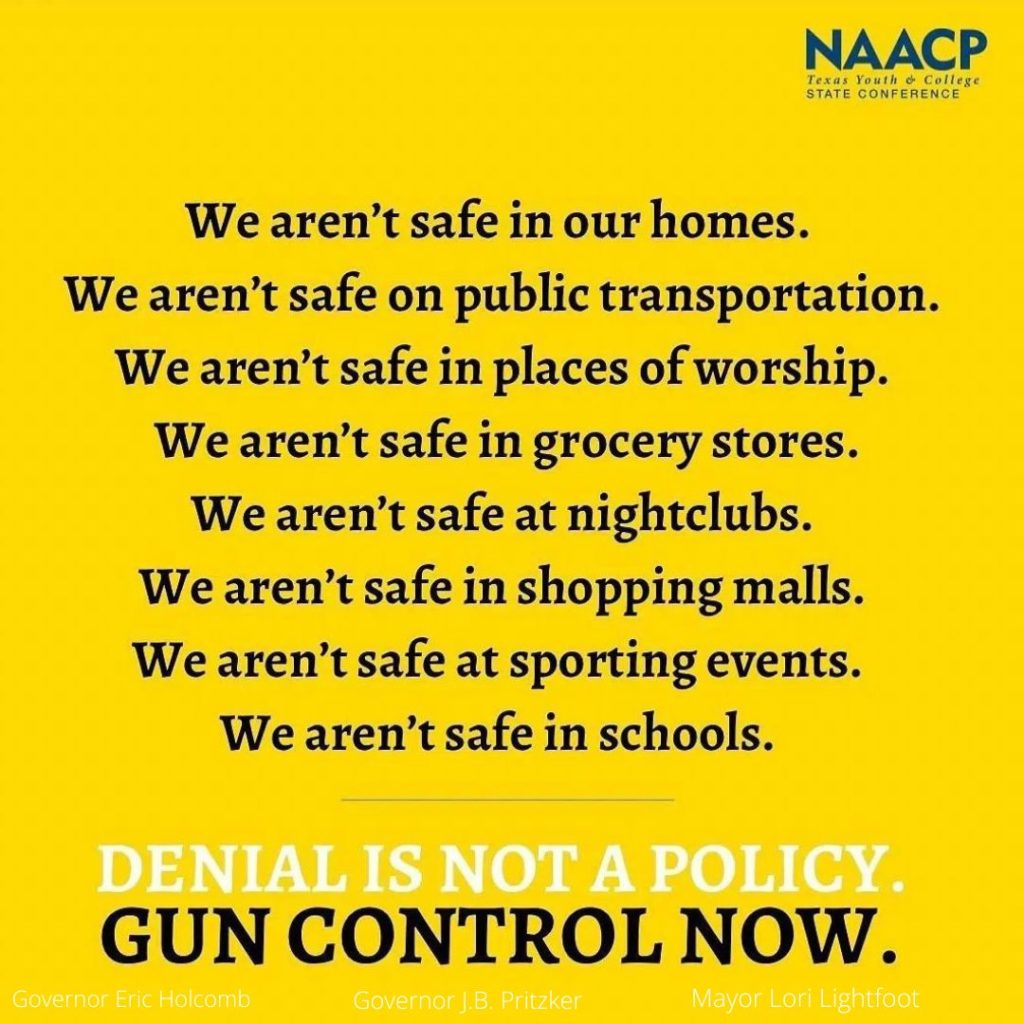 The NAACP at its national convention in July will address the racially charged shooting that left 10 Black residents dead at a Tops Friendly grocery store in Buffalo, N.Y.

Led by President and CEO Derrick Johnson, the nation’s oldest civil rights organization has released a blistering list of policies and recommendations that calls out the U.S. Department of Justice and Fox News, accusing the conservative television network of “sowing bigotry and racism.” The NAACP also calls for gun reform and attacks the NFL, corporate America and advertisers that support Fox News.

As the NAACP steps up its calls, funerals have taken place for the victims who were killed when 18-year-old Payton S. Gendron opened fire on a group of shoppers at Tops Friendly Market in a predominately Black neighborhood. He was arrested and charged with first-degree murder. Most of the victims were over 50.

The Buffalo Bills football team reportedly paid for the funeral costs for one victim whose relatives could not afford to bury their loved one. Civil rights activist Al Sharpton spoke at one of the funerals.

Several GoFundMe campaigns have drawn numerous donations for the relatives of the victims. The most successful one that includes the Tops Friendly Corporation, so far has raised over $1.5 million as of May 24.

Days after the shooting, the National Urban League released a statement on Twitter and another one that included the victims’ names.

“They were more than victims of a racist massacre. They have names. They had full, active lives and were engaged in their community and families. Their lives mattered, and there is absolutely no reason they should have been taken as they shopped in a grocery store,” the organization said.

The shooting has renewed concerns of violence against Blacks by white supremacists.

After identifying a Black neighborhood as a target, Gendron traveled 200 miles to Buffalo, N.Y. to carry out his deadly plan. Wearing body armor and tactical gear, he used a Bushmaster XM-15 rifle to shoot shoppers who were in and outside the store. Gendron used a mounted camera to livestream the attack on the Twitch.

Gendron surrendered to authorities, who uncovered information that shows he planned to kill more Blacks had he not been caught.

President Joe Biden and first lady Jill Biden visited the site days after the shooting. They join law enforcement police officials in calling the shooting a racially motivated hate crime. Gendron reportedly wrote a manifesto in which he described himself as a white supremacist and ethno-nationalist motivated to commit political violence. Concerned that minority populations are surpassing white residents, Gendron is a loyal follower of the far-right “Great Replacement” conspiracy theory on “white genocide.” The attack has been described as an act of domestic terrorism. Governor Kathy Hochul promised policy changes in the state. The FBI office is investigating the shooting as both a hate crime and an act of racially motivated terrorism. The county’s district attorney has evidence that Gendron was motivated by racial animosity. Police said Gendron researched previous hate-motivated attacks and shootings before going on his rampage.

The NAACP will hold its annual convention on July 14 in Atlantic City, NJ. The organization will outline its set of policy and recommendations to federal officials and the conservative Fox News media, which has often been accused of being a platform for white supremacists.

Last month, the corporation signed seven-time Super Bowl Champion Tom Brady to a record 10-year, $375 million contract as a studio football analyst. Brady has been photographed with former President Donald Trump and the two reportedly have been friends over the years. In 2015, a camera captured a “Make America Great Again” item in Brady’s locker when he served as quarterback for the New England Patriots.

The NAACP is also calling for a crackdown to curb behavior on social media. The organization said the “The DOJ and FTC must aggressively engage social media platforms on the issues of disinformation that create spaces where communities of hate target young people. Black and brown communities provide revenue to these platforms; platforms should be required to prove they are acting responsibly.”

The NAACP is also calling for

To stop gun violence, the NAACP is calling for gun sales and transfers to go through universal background checks. The organization is also calling for:

The NAACP also takes aim at Trump, “and other extremist leaders, groups, and accounts that fuel hatred and violence, must be permanently banned from all social media platforms.