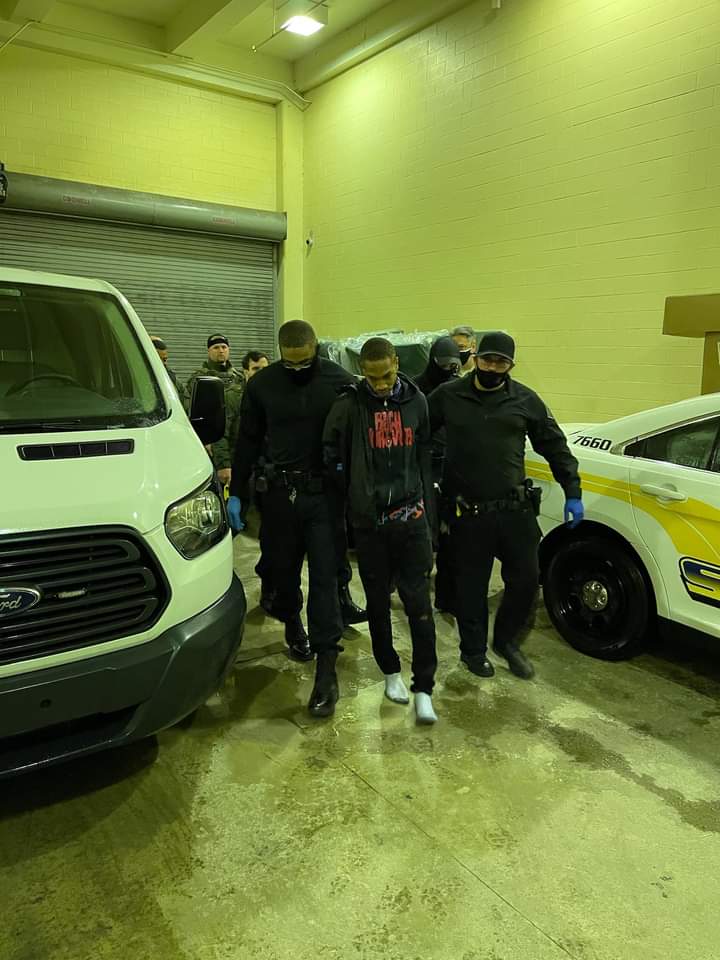 Leon Taylor, a murder defendant who escaped from custody in Indiana while being transported to Texas, was arrested in East Chicago last week after a brief foot chase. Lake County Sheriff Oscar Martinez Jr. said Taylor was arrested in the 4900 block of Indianapolis Boulevard at about 8:40 a.m. on Wednesday, December 30.

“Our officers worked around the clock over the Christmas holiday and investigated every possible lead to bring this fugitive back into custody,” Martinez said.

The 22-year-old, who is facing a murder charge for a homicide in East Chicago, was captured on video while escaping from an SUV in Gary, Indiana on December 14. The footage shows Taylor opening the back seat and fleeing when the van stopped at a McDonald’s drive-thru.

“This driver initially told our officers the suspect jumped out of a window, but the video clearly shows him exiting through a door of the vehicle,” Martinez said. “We are looking into this matter as part of an extensive review of the case.”

Taylor is linked to the murder of 52-year-old Daniel Nitzsche, who was shot and killed during a robbery on November 19 in East Chicago. Nitzsche, who was lying on a sidewalk with two gunshot wounds to his torso, told officers that two males wearing ski masks had robbed and shot him. The injured man later died at St. Catherine Hospital.

On November 24, detectives spotted the silver-colored Dodge Charger which was seen at the scene of the crime. One man jumped out of the car when officers conducted a traffic stop, while a woman driving the vehicle was taken to a police station for questioning.

The woman, who admitted to being the owner of the Charger, said her boyfriend “Leon Brooks” was the man who ran from the car when officers stopped her, but she didn’t know if he went by a different name. After identifying Taylor from pictures, the woman said she drove her boyfriend and his friend, a 14-year-old boy, to East Chicago the day of the murder.

Taylor allegedly told his girlfriend that he was going to buy weed from a friend and instructed her to wait after she dropped them off. The woman said she did not hear gunshots after dropping off the two suspects, but the pair came back to the car and told her to “go.”

In the midst of the “nationwide manhunt,” the Lake County Sheriff’s Department arrested Taylor’s cousin, Antorries Brown, on December 18.

Brown, also 22, allegedly tried to collect money for his cousin, posing as Taylor while communicating with an undercover officer on Facebook. According to a probable cause affidavit from the Lake County state’s attorney’s office, the cousin asked the officer to send him money over Cash App so he could “make a move.”