Mississippi prosecutor has no plans to prosecute Emmett Till’s accuser 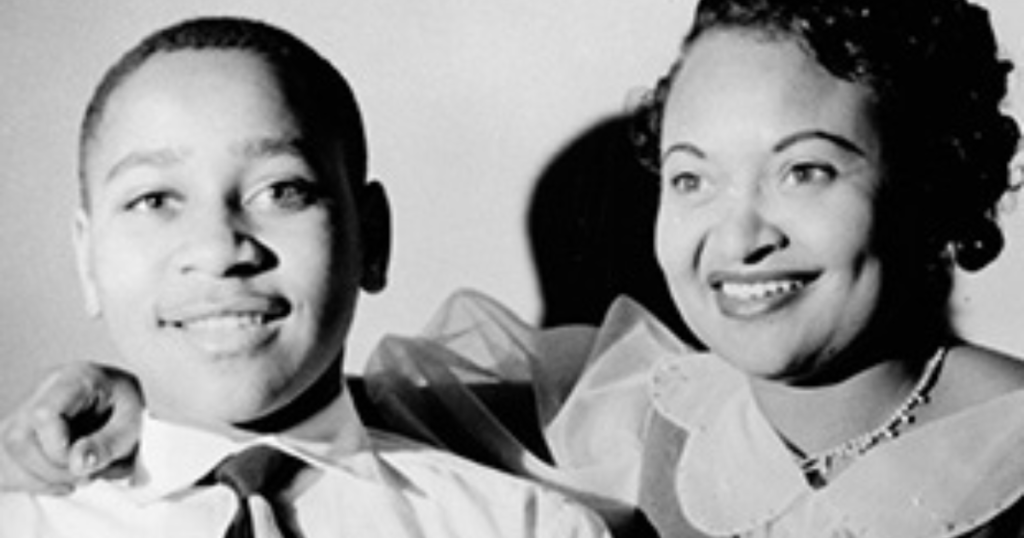 Carolyn Bryant Donham, the woman who confessed that she lied in court to acquit two white men after they brutally killed 14-year-old Emmett Till 70 years ago in Money, Mississippi, won’t be prosecuted in the wake of a search warrant for her arrest that was recently found in a county courthouse.

Michelle Williams, chief of staff for Mississippi Attorney General Lynn Fitch, told the Associated Press, “There’s no new evidence to open the case back up.”

In 1955, Donham was working at a grocery store in Money, Mississippi, when Till and his cousins visited the shop. Upon leaving, Till, who was visiting from Chicago’s Woodlawn neighborhood, allegedly wolf whistled at Bryant. She told her husband Roy Bryant, who along with J.W. Milam, went to Till’s uncle’s house four days later and kidnapped the teenager.

A young fisherman found Till’s body in the Tallahatchie River, where it was weighted down by a cotton gin fan with barbed wire. The body was swollen, and Till’s face was beaten beyond recognition. The teenager also had been shot in the head.

Mississippi authorities wanted to bury Till at a local cemetery but his mother, Mamie Till-Mobley, had her son’s body brought back to Chicago, where she defied orders not to open a wooden box that contained Till’s remains.

She gave her son’s body to A.A. Rayner Funeral Home and demanded an open casket funeral to show the world what the men did to her son. An estimated 250,000 people viewed Till’s body over several days before he was buried at Burr Oak Cemetery in Alsip.

Donham at the time told her husband’s lawyer that Emmett had insulted her but said nothing about physical contact. Five decades later, she told the FBI that he had touched her hand.

At the trial of her husband and brother-in-law, Donham testified that Emmett had grabbed her hand before she pulled away. She said Till then followed her behind the counter, clasped her waist, and, using vulgar language, told her that he had been with white women before.

But in 2017, Donham said that wasn’t true and that she honestly doesn’t remember what happened, according to the book, “The Blood of Emmett Till,” by Duke University Professor Timothy B. Tyson.

Roy Bryant and Milam were acquitted of murder charges by an all-white jury in a trial that lasted just over an hour. They later confessed to killing Till in Look Magazine.

The murder shocked the world and sparked protests across the country after Jet magazine and the Chicago Defender published photos of Till’s battered body.

Months later, Rosa Parks in Montgomery, Alabama, refused to give up her seat to a white woman as she thought about Till’s gruesome murder. Her defiance led to the historic Montgomery Bus Boycott, which desegregated the city’s bus system that for decades forced Blacks to sit at the back. To this day, Till’s death is regarded as a catalyst to the Civil Rights Movement.

Last June, a group searching the basement of the Leflore County Courthouse in Le Flore County, Oklahoma, discovered the unserved arrest warrant charging Donham, her husband and Milam for Till’s abduction in 1955.

Williams also said Fitch’s office has not contacted Leflore County District Attorney Dewayne Richardson, the local prosecutor who would be responsible for pursuing any case against Donham.

Donham, in an unpublished memoir obtained by the Associated Press, said she was unaware of what would happen to Till when he was abducted, killed and thrown into the Tallahatchie River. Donham said in the manuscript that the men brought Till to her in the middle of the night for identification. Donham said she tried to help the youth by denying it was him. She said under pressure, Till told the men who he was.

Mamie Till-Mobley spent her entire life seeking justice for her son. She died in 2003. Neither Donham, nor her husband, nor Milam ever served time in jail for Till’s murder.

The Justice Department began an investigation into the Emmett Till lynching in 2004. Till’s body was exhumed for an autopsy, and the FBI rediscovered the long-missing trial transcript. But in 2007, a grand jury decided not to indict Ms. Donham, or anyone else, as an accomplice in the murder.

Last December, the U.S. Justice Department closed the Till case without filing charges.