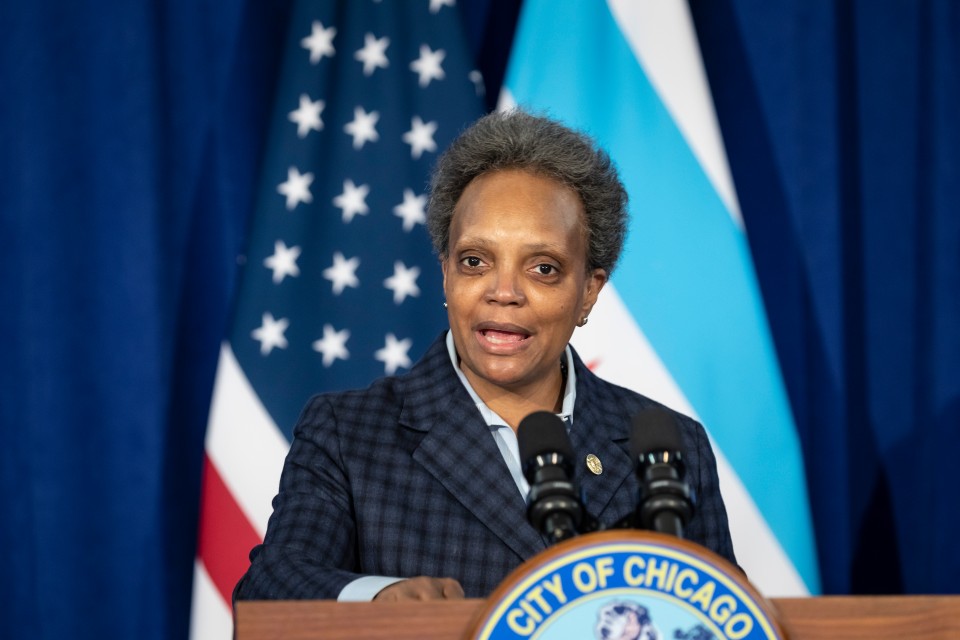 Mayor Lori Lightfoot announced that in commemoration of the two-year anniversary of her inauguration that she would grant one-on-one interviews to multiple journalists of color throughout the city. The interviews would be wide ranging allowing the reporters to address any of the topics from Mayor Lightfoot’s first two years in office.

In announcing the interviews, Lightfoot called on the many media institutions in the city to add to their very underwhelming amounts of diversity in a letter to the editorial decision makers in the city.

“I am issuing a challenge to you. Hire reporters of color—and especially women of color—to cover Chicago politics, and City Hall in particular. If you only have a white reporter covering City Hall, make sure there is a person of color working with them as well,” Lightfoot said in the letter. “There are plenty of talented women reporters of color in Chicago for you to hire from, and that pool of talent is growing all the time.”

Lightfoot’s challenge was not well received, with many reporters and officials throughout the city media institutions, such as the Chicago Tribune, having issues with the way the announcement was put out.

“I am a Latino reporter at the Chicago Tribune whose interview request was granted for today, (May 19),” Gregory Pratt, a reporter with the Tribune tasked with covering City Hall and the Lightfoot administration, said on social media. “However, I asked the mayor’s office to lift its condition on others and when they said no, we respectfully canceled. Politicians don’t get to choose who covers them.”

Pratt’s message caused a stir with many coming out in support of the Tribune reporter’s decision to cancel the interview with the mayor with journalism standouts like Tribune columnist John Kass, WGN’s Dan Ponce and the Co-Director of DePaul’s Center for Journalism Integrity and Excellence Carol Marin all commending his decision.

This is not the first time the city’s media decision makers have been called out. During a 2020 Chicago Journalism Town Hall, the meeting was taken over for a number of minutes when Sade Carpenter, the former deputy editor for Food & Dining and who also oversees coverage for the RedEye, the Tribune’s publication, which focuses on things to Eat, Drink or Do for young adults in Chicago, called out many in their positions for not having a true sense of the communities that they serve.

“I have not heard any talk of community, the only person that I have heard talk about community is Ms. [Dorothy] Leavell (publisher of the Chicago Crusader) who is the only one of you that knows about community journalism,” Carpenter said in her 2020 interruption. “It also does not surprise me that there are so many white men up here and that you don’t understand actual communities.”

Lightfoot even acknowledged the historical role that Black women have had in bringing attention and answers to the many problems that have beset the world in the past.

“But as with so many festering problems, it has only gotten worse with time. So here I am, like so many other Black women before me, having to call your attention to this problem,” Lightfoot said in a letter. “I have no power to make you change, but I hope that you will not just cover and express your opinion about the great and historic racial awakening that is rippling across all parts of our society.

I hope that you too will see it for the opportunity that it is and embrace it by reflecting the change across your organizations.”

For its part, the Chicago Crusader did not turn down the opportunity for an interview with Mayor Lightfoot and will have complete coverage of the topics covered in the wide-ranging interview in next week’s edition of the Crusader.

To read Mayor Lori E. Lightfoot’s letter to the media and the statement in response to the mayor’s letter from local Black media visit www.chicagocrusader.com.