“This journey predates my tenure as Mayor. I began this fight while being a Village Trustee in 2013. I felt that it was totally unacceptable that a village such as Matteson and other surrounding towns lacked a traditional full line grocery store.” says Chalmers-Currin.

The Matteson store’s vast size offers exceptional grocery space. Pete’s Market has built this new store upon the four pillars that have elevated their brand since 1970: quality, value, service, and aesthetics. Shoppers in Matteson will soon enjoy the same features Pete’s customers have grown to love – fresh produce, world-class meat & seafood, a huge selection of name-brand & specialty grocery items, and tempting hot foods served daily. The friendly, helpful, and knowledgeable team members at Pete’s Market have always been one of the brand’s strongest assets. Customers choose Pete’s Market for consistent quality and value, but they keep coming back because the staff genuinely cares about providing a memorable in-store experience.

The grand opening included doorbuster gifts to the first 1000 customers, along with an authentication code to enter Pete’s giveaway with several amazing prizes, including the GRAND PRIZE of free groceries for a year to a lucky customer.

Matteson and various other towns within Rich Township have been without a traditional full-line grocery store since the mass exodus of Dominick’s from the Chicago area in 2013.

Chalmers-Currin said, “Our community is excited and energized to no longer have to travel to other towns to shop for their food items. I am grateful to the owners of Pete’s Fresh Mart for their great spirit of negotiations. But I am even more thankful for my administrative team for their undying determination. However, this is not only a victory for Matteson, but also the entire region that makes up Rich Township.”

“This marks a major victory for Rich Township. President Chalmers-Currin has successfully delivered on her promise to not only land a major grocer for Matteson, but also her prior pledge to work with all of us in the upward mobility of Rich Township. She truly is a great leader for our region.” says Rich Township Democratic Committee- man Calvin Jordan. 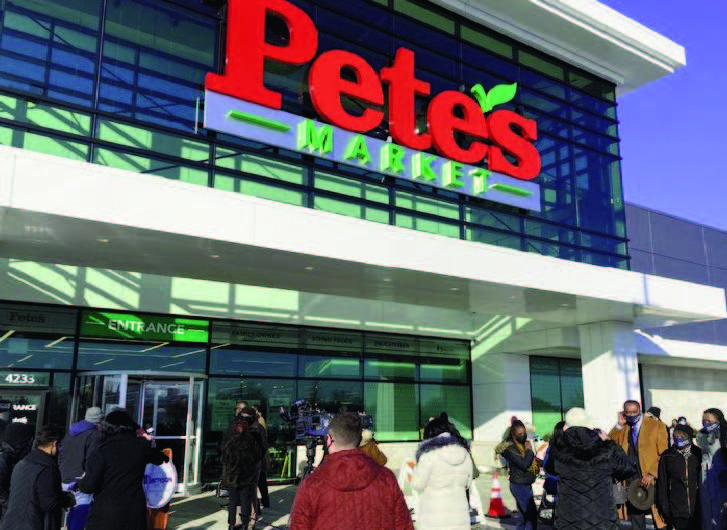