Malcolm X Drive: An idea whose time has come 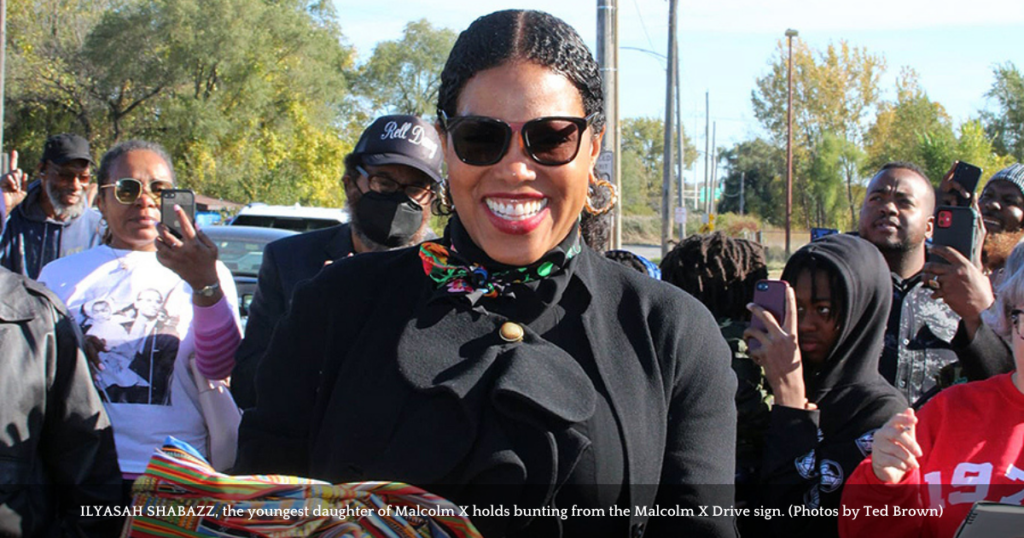 For years, renaming a street in Gary after Malcolm X couldn’t gain support among the bureaucrats and policymakers in Gary’s city hall, until now.

The way Paul Pratt, aka Kwabena Rasuli, told it at Saturday’s dedication of Malcolm X Drive, it was an effort that began 20 years ago.

“Organize, you have to organize. Organizations will hold you accountable; they will support you. Everyone should belong to an organization if you want to do something for your people,” Rasuli urged, at the celebration of the life of Malcolm X on the street named in his honor. “Without organizations, this wouldn’t have happened.”

Some of Saturday’s celebrants at the intersection that now bears the name Malcolm X Drive – where east 25th Avenue meets Virginia Street and Ellis Avenue – had begun the journey with Rasuli decades earlier.

They had participated in letter writing campaigns and handed out petitions. “We got 4,000 signatures on our petition,” Rasuli said. “It wouldn’t have happened without them and organizations like the Central District Organizing Project (CDOP) and Black Lives Matter.” It wouldn’t have happened without Rasuli’s annual celebration of Malcolm X’s birthday.

The celebration should have happened sooner than October 15, 2022.

Renaming Virginia Street to Malcolm X Blvd. was in the works with the city’s Planning Commission in the summer of 2019. Upon the commission’s approval, notice would be sent to the Common Council for their approval or denial.

By year end, the council had not heard from the commission on the renaming. In December 2019, the last month of Mayor Karen Freeman-Wilson’s term, the mayor issued an executive order renaming Virginia as Malcolm X Street. Mayor Freeman-Wilson told the council that state law gave the city executive authority to rename streets.

The council had 90 days to approve the resolution or veto it.

Since there was no action by the council after 90 days of the 2019 commission approval, Williams said, state statue allowed the commission’s ruling to become law. The Prince administration did not oppose the opinion.

No reason was given why the 2019 Planning Commission failed to notify the council. City councilman Ron Brewer was a member of that commission then.