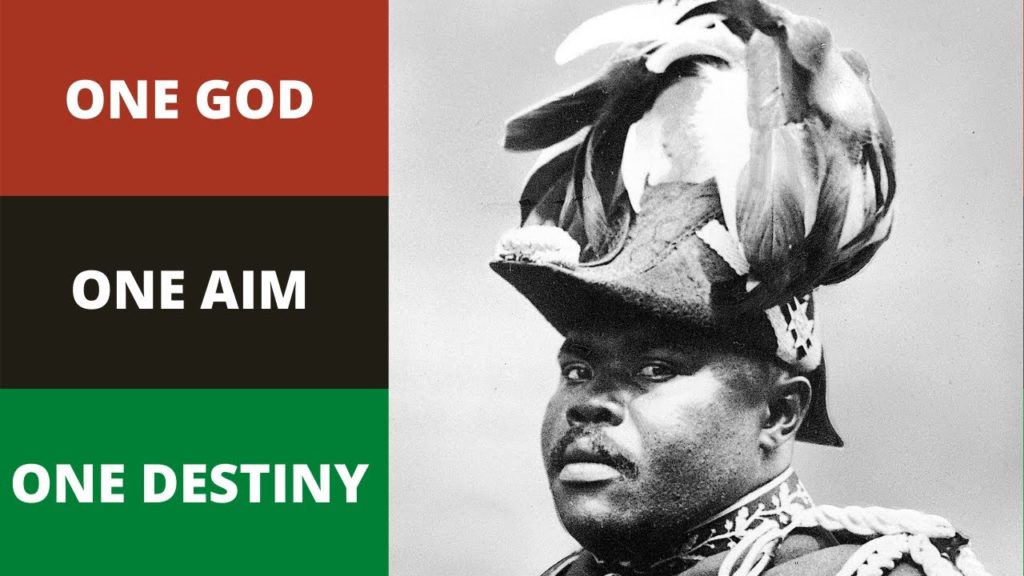 As the Black World celebrates the 134th anniversary of the birth of Marcus Garvey, the leaders of the Chicago headquarters of his Universal Negro Improvement Association (UNIA), want people to know they are still very much active and continuing the leader’s legacy.

Division 401, headed by President Maruwa Ferrell, a licensed clinical social worker, and labor organizer Taniya L. Scott, who serves as the organization’s female president, was until recently headquartered in the Garvey House at 330 E. 37th Street in Bronzeville.

“Marcus Garvey was the man but the UNIA was his work,” said Ferrell. “It was the largest race-first organization in modern times. There is no organization (to date) that has accomplished what he did at a time where there was no TV, no internet and no social media.”

In 1970, Ferrell was born into the UNIA because both of his parents were active Garveyites. “In my family, race work was our religion,” he said. “It was all about doing what’s best for the race. We believed if you’d do what’s best for the whole then the individual would benefit.”

After moving up through the UNIA ranks, Ferrell was elected local president in 2006. Using his background as a social worker, he launched a number of programs throughout the city.

“We shifted all of that during COVID and started an outreach campaign where we provided food, water, masks and other supplies to elders throughout the community,” Ferrell said.

“Very few people were surprised that we were from the UNIA. Many of our seniors know of Garvey’s impact on Black life.”

The UNIA was founded in July 1914 as a “social, friendly, humanitarian, charitable, education, institutional constructive and expansive society,” according to its constitution. Its motto, “One God! One Aim! One Destiny!” called for justice and strength “realizing that if the strong oppress the weak confusion and discontent will ever mark the path of man.”

Born August 17, 1887 in Queen Ann’s Bay, Jamaica, Marcus Mosiah Garvey traveled extensively as a journalist, orator and entrepreneur in an effort to strengthen the plight of Blacks through a “Back to Africa” and “Race First” campaign for independence.

In 1919, following the Chicago Race Riot, he arrived in Chicago where he quickly amassed a following as well as staunch opposition.

At its height, the UNIA held more than eight million members, spanning nearly every continent in the Black Diaspora. Its economic arm included the Negro World, its globally distributed newspaper, hospitals and clinics, financial centers, Saturday Schools, passenger and cargo ships and hundreds of other Black-owned enterprises.

Despite the widespread support Garvey received from Blacks throughout the U.S. by 1920, his staunchest opposition was not only from prominent Negro leaders such as Dr. W.E.B. DuBois and Chicago Defender Publisher Robert S. Abbott but also J. Edgar Hoover, then the up-start director of the Federal Bureau of Investigation.

Public records and historical data re- veal as early as 1922, the FBI was following Garvey and his most influential followers, and had infiltrators and agents embedded in various UNIA groups throughout the country. They dubbed him a dangerous “tiger.”

In 1922, the government was successful in prosecuting Garvey for mail fraud and sentenced the father of Pan- Africanism to five years in prison. Evidence demonstrates that authorities fabricated a case against the UNIA leader in connection with the sale of stock in the organization’s Black Star Line.

After his release, he was deported to Jamaica, where he continued his work from afar, and where he eventually died at the age of 52 in 1940.

However, there is hardly an organization or Black leader who has not been influenced by him, including Noble Drew Ali, the Honorable Elijah Muhammad, Malcolm X, and hundreds of prominent writers, artists, thinkers, educators and, scholars throughout the world.

It has been noted by some historians that the UNIA is the “grandfather” of all Black protest organizations created in the 20th Century.

The influence of the prolific and controversial leader continues to marinate the minds of followers across the world today. UNIA divisions and chapters are active throughout the U.S., the Caribbean and Africa. In February, the government of Ethiopia announced plans to build a statue honoring Garvey in Addis Ababa, the nation’s capital.

“Our work is especially important today in what is happening globally to Black people in North America and in Africa,” said Scott. “We now understand what he meant when he taught us that “a race without power and authority is a race without respect.

“For us, the UNIA is not just an organization, it is a movement and quite frankly, a way of life,” she told the Crusader. “There is nothing wrong saying “Black people first.” There is nothing wrong with advocating for yourself. Others do it, and successfully. Why is it so difficult for us to do so?”

Ferrell added, “It is an honor to be considered a race man or a race woman,” he said. “We are alive and we’re working, and in Chicago, we’re increasing in membership. We’re probably bigger now than we were in the last 20 years.”

Division 401 shuttered most of its in-person activities as a result of the pandemic. However, once the economy opened and the permission of health guidelines, UNIA members got busy re-opening social services programs.

In addition, the group was active in Wisconsin when police shot Jacob Blake seven times in the back leaving him paralyzed; Blake’s uncle is a member of the Chicago division.

Shortly after announcing its reopening, the new building owner, Obsidian Collections, announced its intent to put a commercial enterprise in the location and therefore would be moving to evict Garvey’s organization from the site.