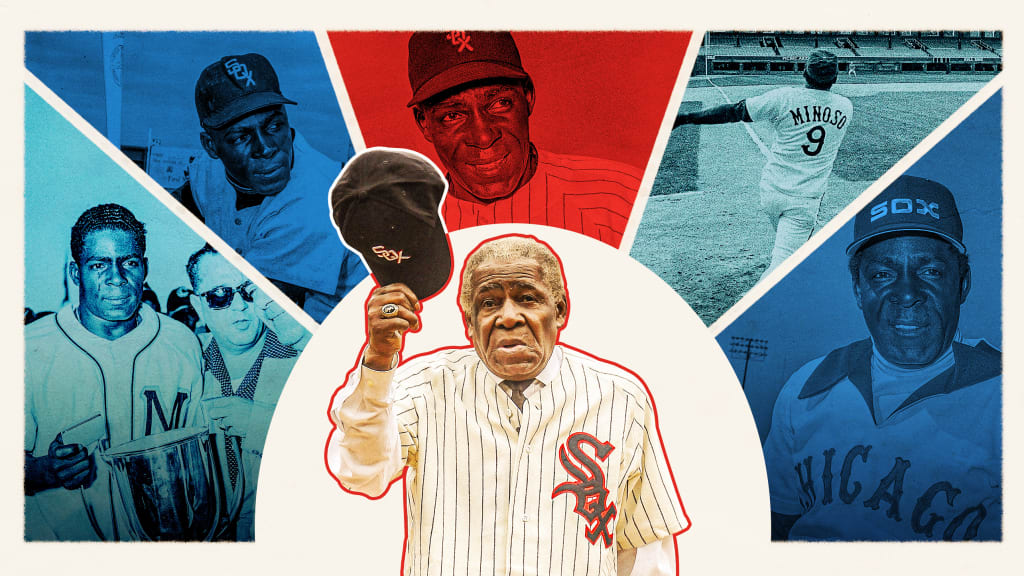 Nicknamed the “Cuban Comet” for his speed and five tool ability on the baseball field, White Sox great Orestes “Minnie” Miñoso was selected to the Baseball Hall of Fame on Sunday, December 5, in a recent announcement.

According to his bio, Miñoso began his baseball career in the leagues in 1946 and became an All-Star third baseman with the New York Cubans. He was signed by the Cleveland Indians of Major League Baseball (MLB) after the 1948 season as baseball’s color line fell.

During his playing career, Miñoso was also very skilled at reaching base. He led the American League in “times hit by pitch” a record 10 times, while holding the league mark for career times hit by pitch from 1959 to 1985.

Miñoso, who was also a defensive standout, led AL left fielders in assists six times and in putouts and double plays four times in his career.

Prior to his Major League career, Miñoso played professional baseball as a third baseman for both Cuba and the Negro leagues. He signed a contract with the team from the borough of Marianao in 1945 for $150 per month and moved into the Negro Leagues with the New York Cubans the very next season and doubled his monthly salary.

Miñoso also batted leadoff for the Cubans, where he hit .309 in 1946, and followed that up with a .294 average in 1947 as his team won the Negro World Series over the Cleveland Buckeyes. As a former All-Star, Miñoso was the starting third baseman for the East All-Stars in the 1947 All-Star Game, and again in the 1948 All-Star Game.

Miñoso remained with the Cubans until signing with the Cleveland Indians’ organization during the 1948 season and starting his minor league career with the Dayton Indians of the Central League, batting .525 in 11 games.

Miñoso went on to become an All-Star left fielder with both the Indians and the Chicago White Sox. Miñoso was also the first All-Star Game.

He played as an American League (AL) All-Star for seven seasons and was a Gold Glove winner for three seasons in his 30s. He batted over .300 for eight seasons and was the AL leader in triples and stolen bases three times each. This also included hits, doubles, and total bases.

Miñoso was one of the most popular and dynamic players in White Sox franchise history. He helped the “Go-Go” White Sox become one of the premier teams of the 1950s and 1960s.

Miñoso was a rare power threat on a team mostly made up of speed and defense. He held the White Sox record for career home runs from 1956 to 1974. Miñoso was born in Perico, Cuba, near Havana, as the son of Carlos Arrieta and Cecilia Armas. His date of birth is often cited as being November 29, 1923; however, his Republic of Cuba 1951 driver’s license and his first Topps baseball card(s) 1952/ 195 list his date of birth as November 29, 1925. Miñoso passed on March 1, 2015, and was selected to the Baseball Hall of Fame on Sunday, December 5, 2021.

He will be inducted into Cooperstown on July 22, 2022, in an official ceremony.

In addition to Miñoso’s Hall of Fame selection on Sunday, the former MLB star will also be joined by former Negro League great and former Chicago Cubs scout John Jordan “Buck” O’Neil. O’Neil is part of six players who will also be inducted into Cooperstown.

O’Neil is also known as the first African American ever to coach in Major League Baseball.