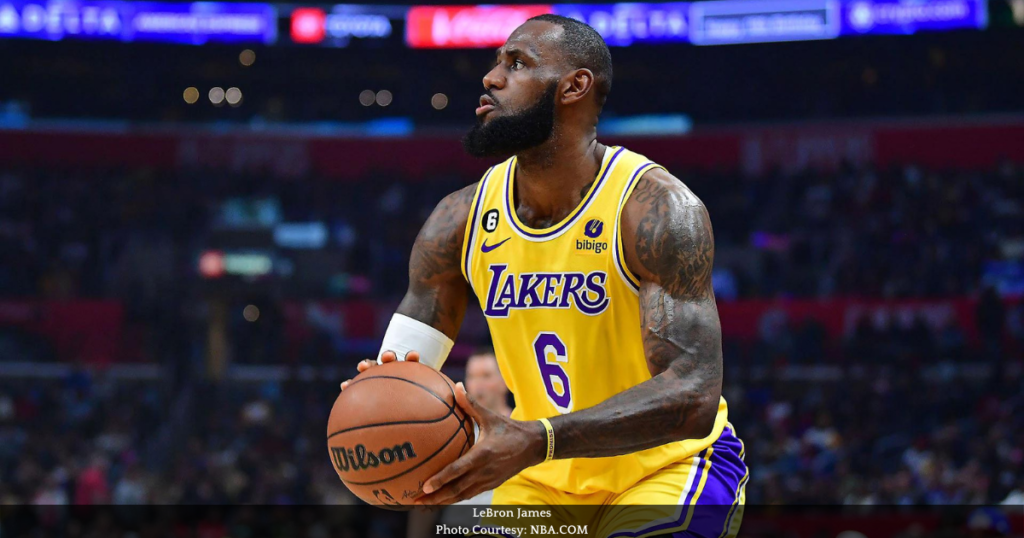 LeBron James isn’t shy about speaking his mind to the media, especially when he gets to call out the hypocrisy Black athletes sometimes face when dealing with reporters.

After the Lakers’ win over the Portland Trail Blazers last night, James took to the podium to answer questions. During the press run, James flipped the script on reporters and called them out for not asking him questions about the Jerry Jones photo, comparing it to the bombardment of questions he got about Kyrie Irving.

“I was wondering why I haven’t gotten a question about the Jerry Jones photo, but when the Kyrie thing was going on, you guys were quick to ask questions about that,” said James to reporters.

Last week, the Washington Post published a photo from 1957 that showed Dallas Cowboys owner Jerry Jones participating in a racist mob in Arkansas when he was a teenager. According to the post, the photo was from the first day of class at North Little Rock High.

Six Black students were attempting to desegregate the school, but a large group of racist white boys blocked the entrance of the school while they berated and belittle the Black students. Jerry Jones was one of the white boys, smiling while they terrorized these young Black children.

The media highlighted the Jerry Jones photo pretty extensively, but reporters rarely brought it up to other athletes so they could weigh in on the topic.

When Kyrie Irving tweeted a link to a documentary that had antisemitic leanings, he was shunned for good reason. Not only was he shunned, but he was also put on display for other athletes to give their opinions about the situation. Reporters from every sport asked every athlete what they thought about Kyrie Irving. It was honestly exhausting to watch. But why didn’t the media keep the same energy for the Jerry photo?

“When I watched Kyrie talk and he says I know who I am, but I want to keep the same energy when we’re talking about my people and the things that we’ve been through and the Jerry Jones photo is one of those moments that our people, Black people, have been through in America,” said James. “When we do something wrong, or something that people don’t agree with, it’s on every single tabloid, every single news coverage, and asked about every single day.”

Antisemitism is wrong and deserves to be ridiculed and shunned, but so does racism. Too often, when Black pain from history’s past is put on display, it’s ignored or pushed aside. Black athletes in every sport should have had the opportunity to drag Jerry Jones straight through the mud, just like they were given the opportunity to do it to Kyrie.